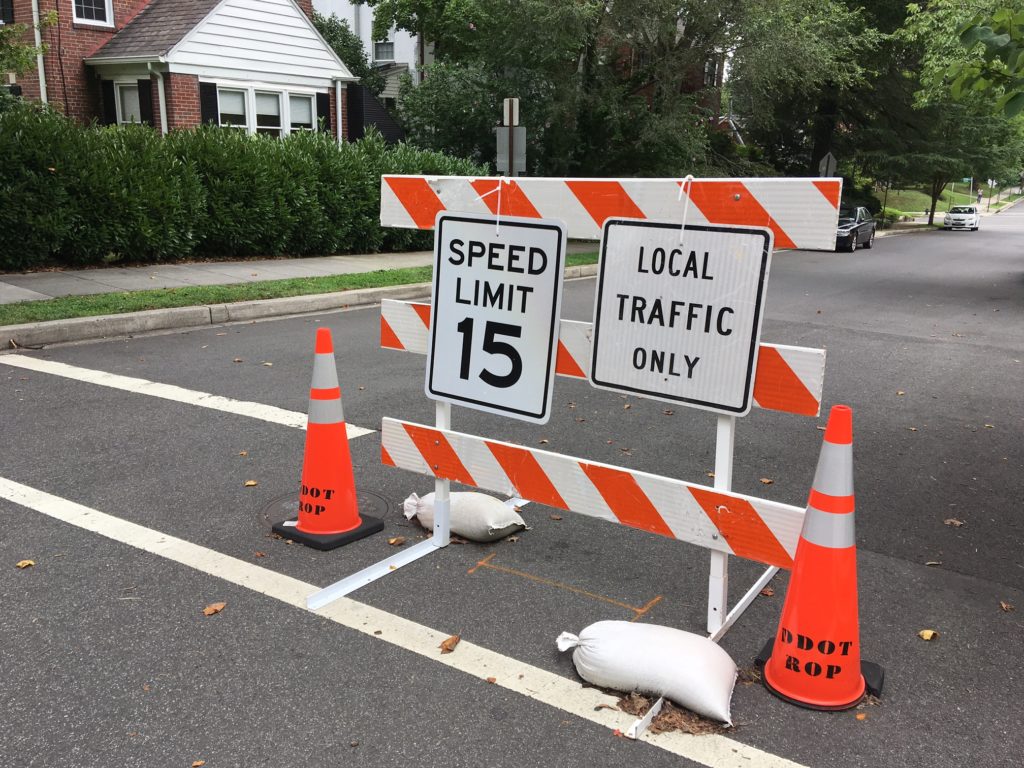 “Mayor Muriel Bowser and the District Department of Transportation (DDOT) announced that by September 1, residents will have nearly 22 miles of DC Slow Streets to practice safe social distancing while walking, biking, and rolling in neighborhoods across the District.

“We have already heard great feedback about the initial five miles of Slow Streets that were installed earlier this summer,” said DDOT Director Jeff Marootian. “The approximately 17 miles that we will add over the next several weeks are critical to Mayor Bowser’s vision to reimagine public space during the COVID-19 public health emergency.”

All DC Slow Streets are installed on local streets (typically with no centerline marked); without any bus routes and are generally linked to parks or other places to bike and walk. Once installed, DC Slow Streets are restricted to local traffic and the speed limit is set at 15 miles per hour to support neighborhood-based safe social distancing while walking, running, rolling, or cycling.

Installation will begin the week of August 10, and is expected to be completed by September 1 in the following locations:

Drivers should only use a designated Slow Street if their destination is within two blocks of that street. Residents, emergency vehicles, deliveries, and trash collection vehicles still have access to Slow Streets.

The first five miles of DC Slow Streets were announced in early June, as part of the Bowser administration’s ongoing efforts to reimagine public space for safety and health during the public health emergency, including the buildout of expanded outdoor dining and the installation of Car Free Lanes in three key corridors across the city. DDOT considered feedback from the community via Councilmembers, Advisory Neighborhood Commissioners, and Advisory Councils.”