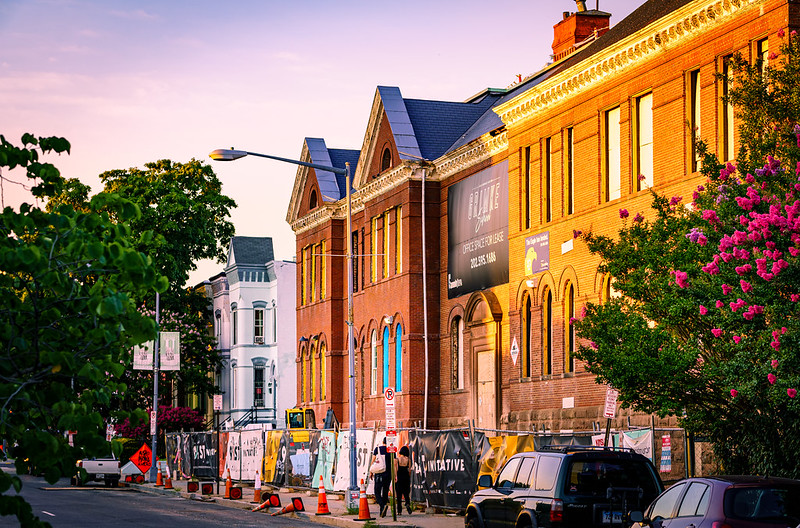 “Today, Mayor Muriel Bowser announced the creation of the District of Columbia Facilities and Commemorative Expressions Working Group (DC FACES) to evaluate named public spaces in Washington, DC and provide recommended actions, including removing, renaming, and/or contextualizing the building, public space, or monument. The internal government working group will review the legacy of namesakes of District assets to determine if the individual, in an individual capacity or as part of a group, participated in the oppression of African Americans and/or other communities of color, or contributed to the nation’s history of systemic racism and other biases.

“This working group is charged with leading real and necessary conversations about not only which public spaces contradict our DC values, but also about the historic figures who, while often overlooked, have played an important role in building a DC we are all proud to call home,” said Mayor Bowser. “We have no shortage of people who have dedicated themselves to building a fairer and more equitable nation and District, and while their legacies often live on through the values of our city, we now have a new opportunity to uplift their stories and celebrate their lives.”

The Working Group, chaired by Senior Advisor Beverly Perry and DC Public Library Executive Director Richard Reyes-Gavilan, will issue a report on named public spaces, including and not limited to:

“DC’s public buildings, monuments and spaces must reflect DC’s current values, not those from centuries ago,” said Senior Advisor Perry. “As our values and cultural understandings change over time, our commemorative symbols must change to portray our values.”

“Buildings, statues, and public spaces are symbols that represent people, ideas, and institutions,” said Executive Director Reyes-Gavilan. “This working group will provide a critical bottom-up review of the figures we honor with our public assets and provide recommendations on how to ensure the legacies of those individuals are in line with the future Washingtonians are striving toward.”

The process will include a community engagement survey and outreach to external partners. The Working Group will present formal recommendations to the Mayor before Fall 2020.

For more information and to complete the survey, visit mayor.dc.gov/dcfaces.”