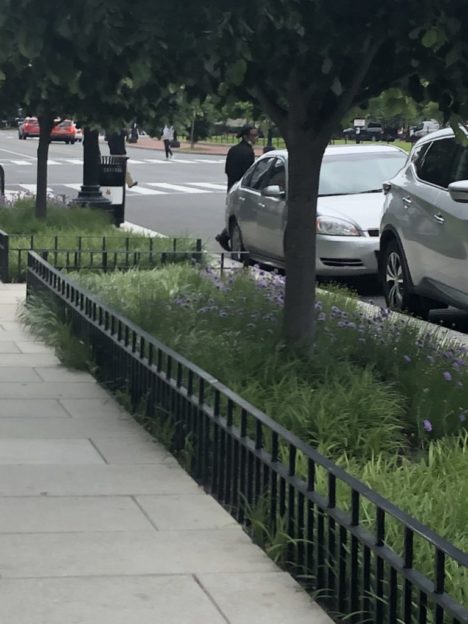 I witnessed a crime (yes, I’ve called the police and reported) and I wanted to let others know to be on the look out for this man.

I was walking east on Mass ave between 7th and 6th NW (In front of Soul Cycle, across from Farmers/Distillers) Thursday at 2pm and I saw a man run up behind a woman who was clearly on the phone distracted and start taking photos up her gym shorts.

I grabbed the attached blurry photo. The man is about 5’6″ or 5’7″, thick frame black eye glasses, wearing a long black blazer, jeans and boots and a backwards black cap. (and a face mask pulled down around his neck)

I ran to catch the woman to inform her and she said he had told her he “tripped” when she realized he was right up on her.”

More Stories
“Face coverings will be required on Metro trains, buses, and in stations”New Bank Coming to H Street, NE