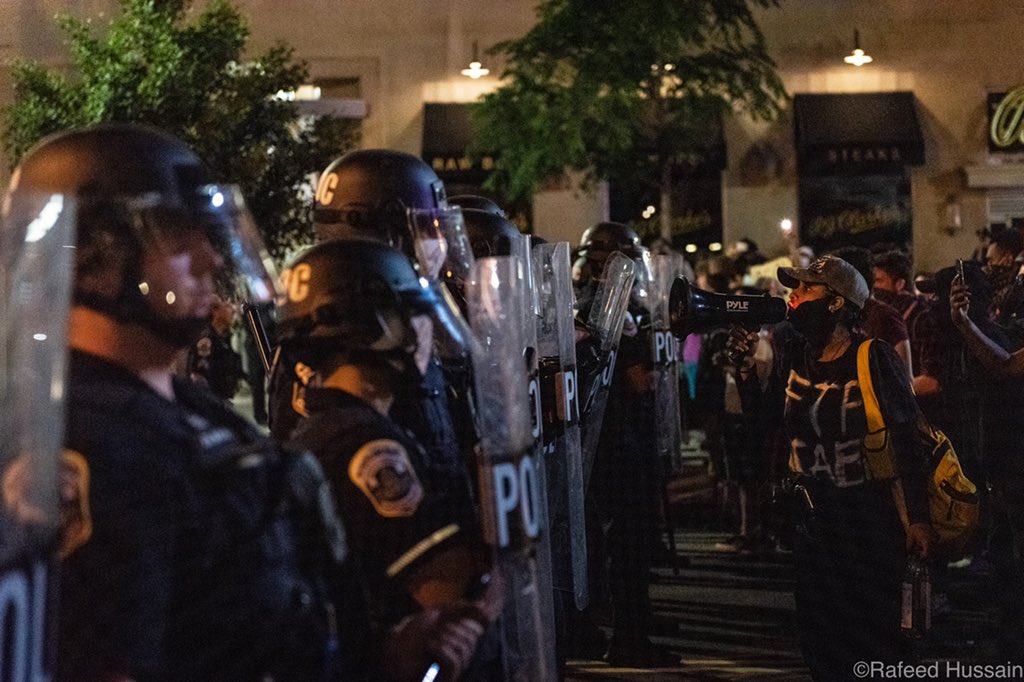 Thanks to all who emailed ([email protected]) and messaged us (@PoPville) on social media throughout the day, night and into the early hours of the morning. There is a lot to process. Please do so thoughtfully and respectfully. Many more powerful photos and video: 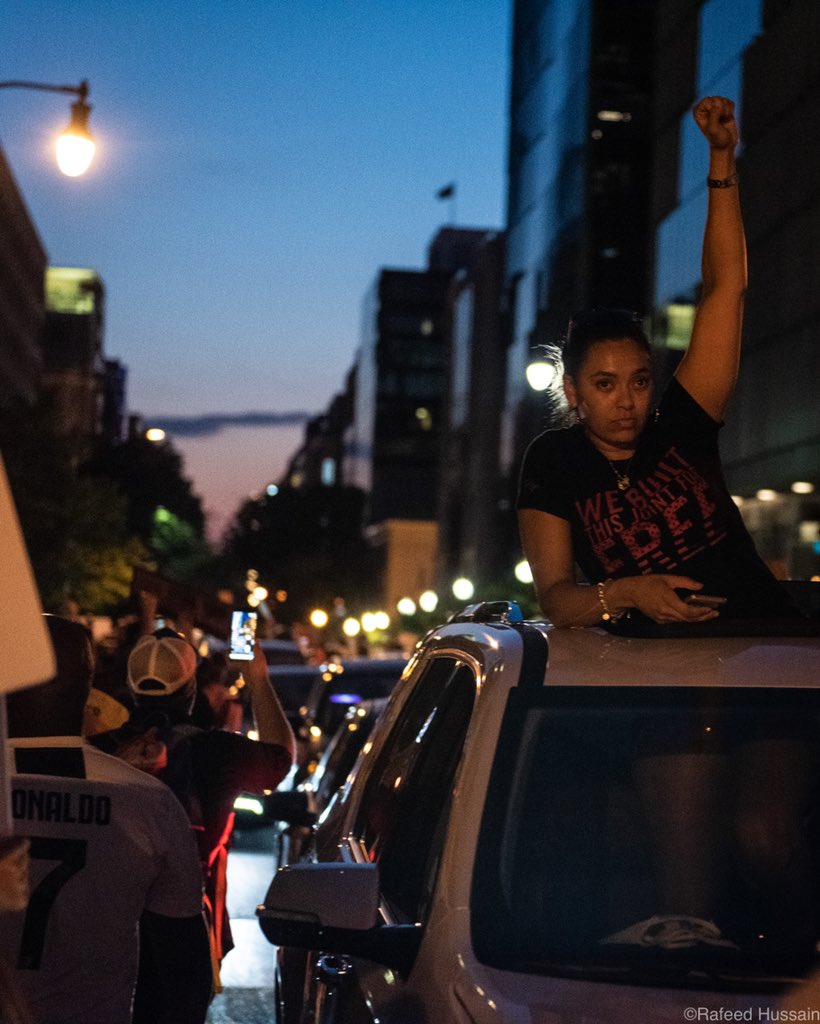 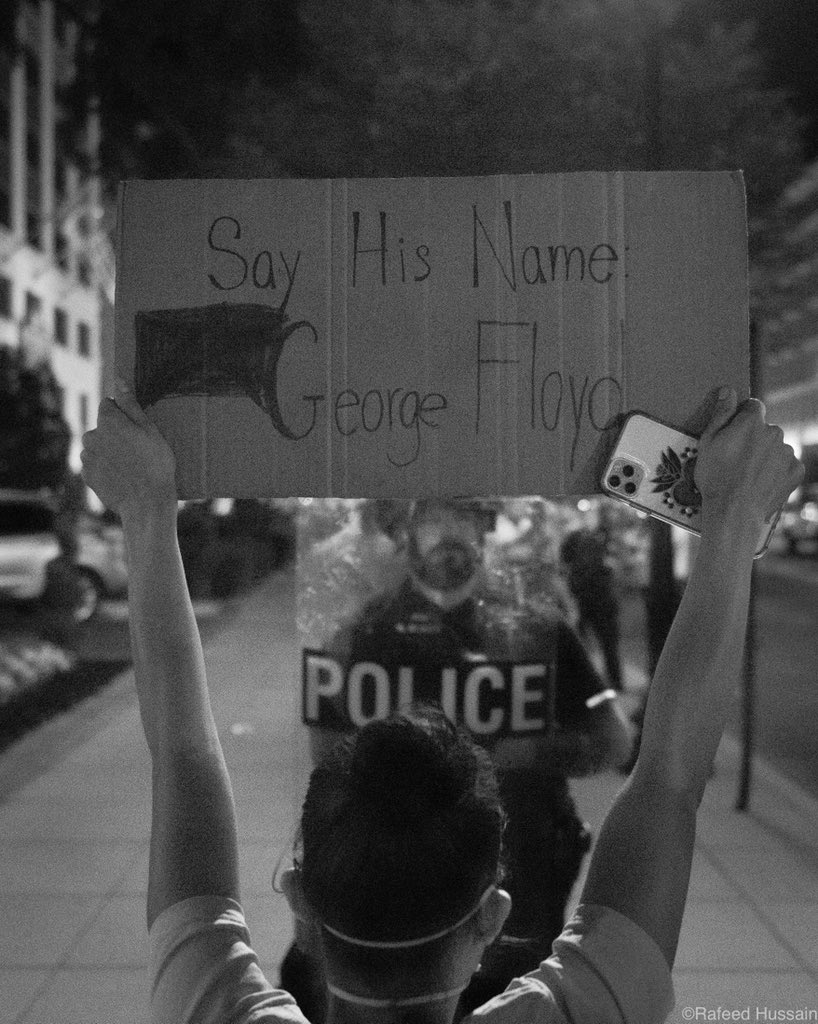 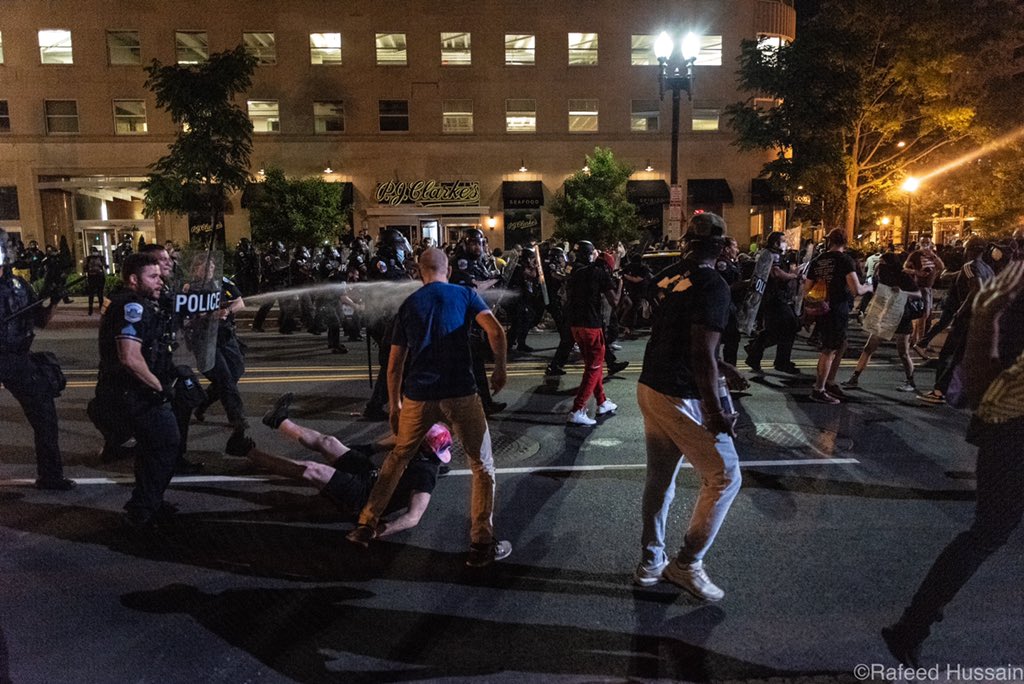 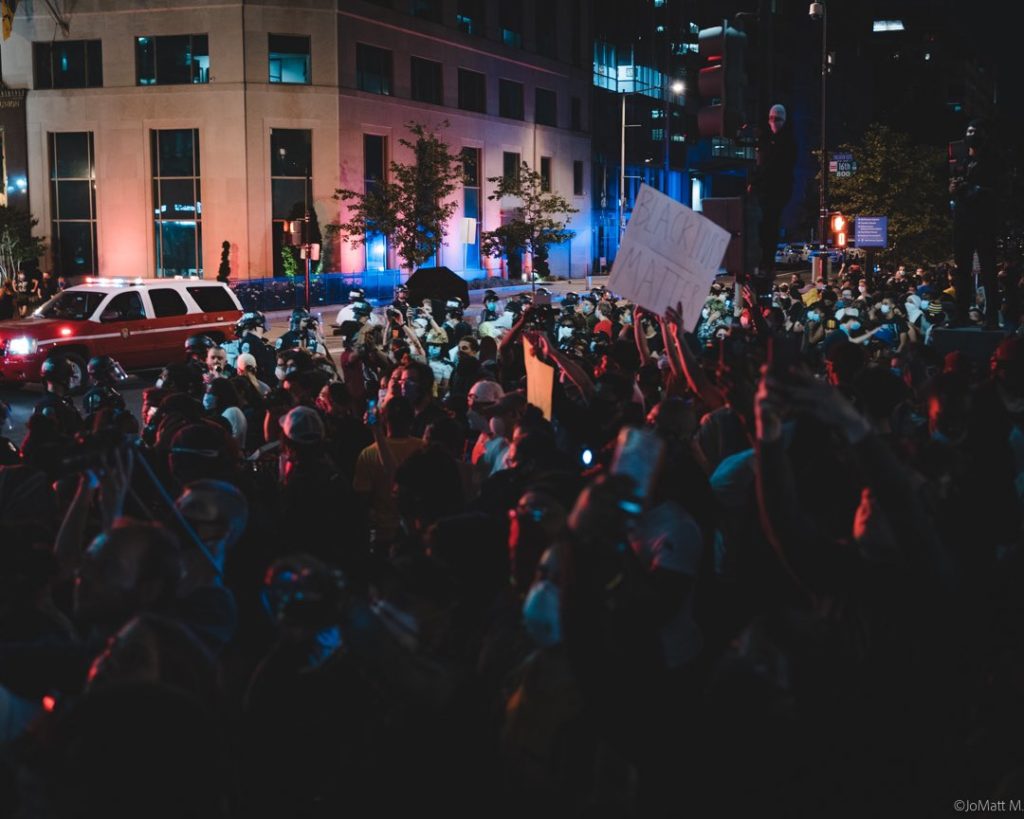 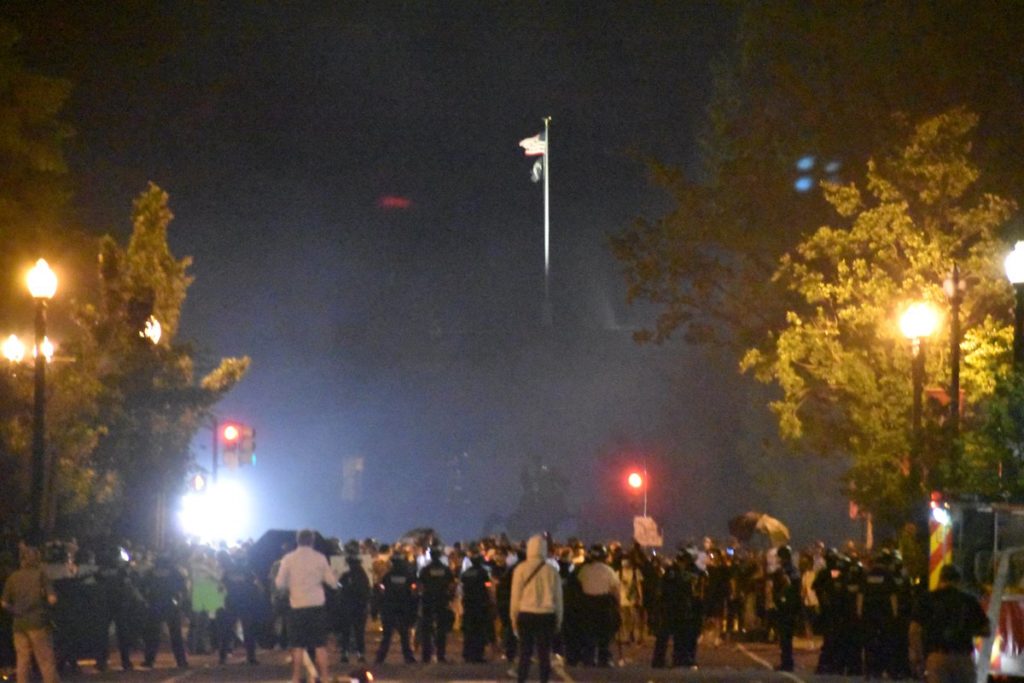 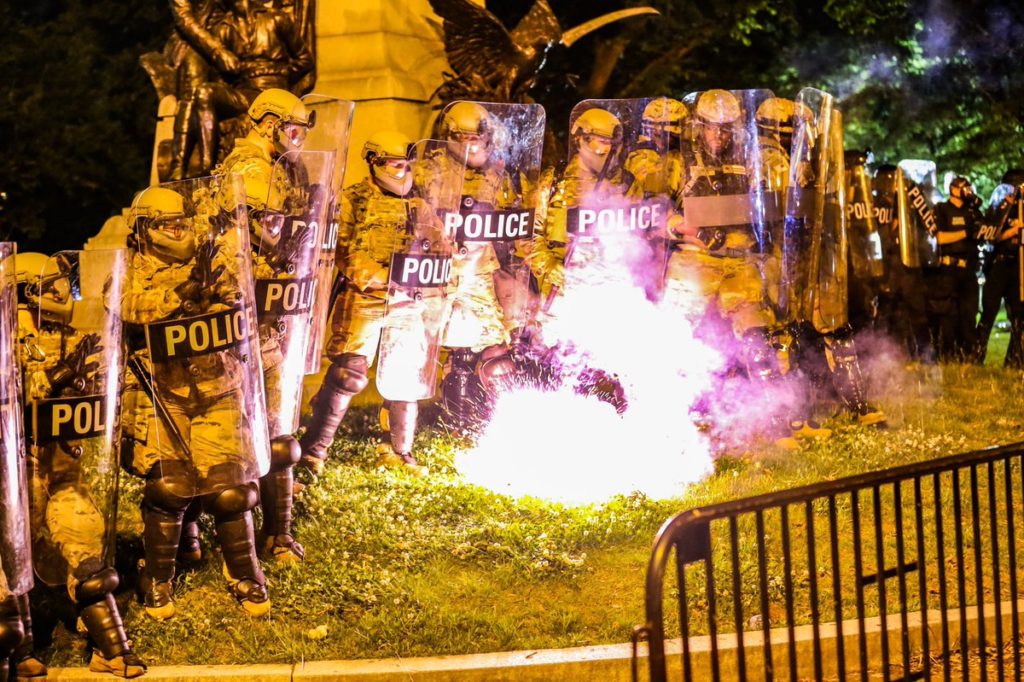 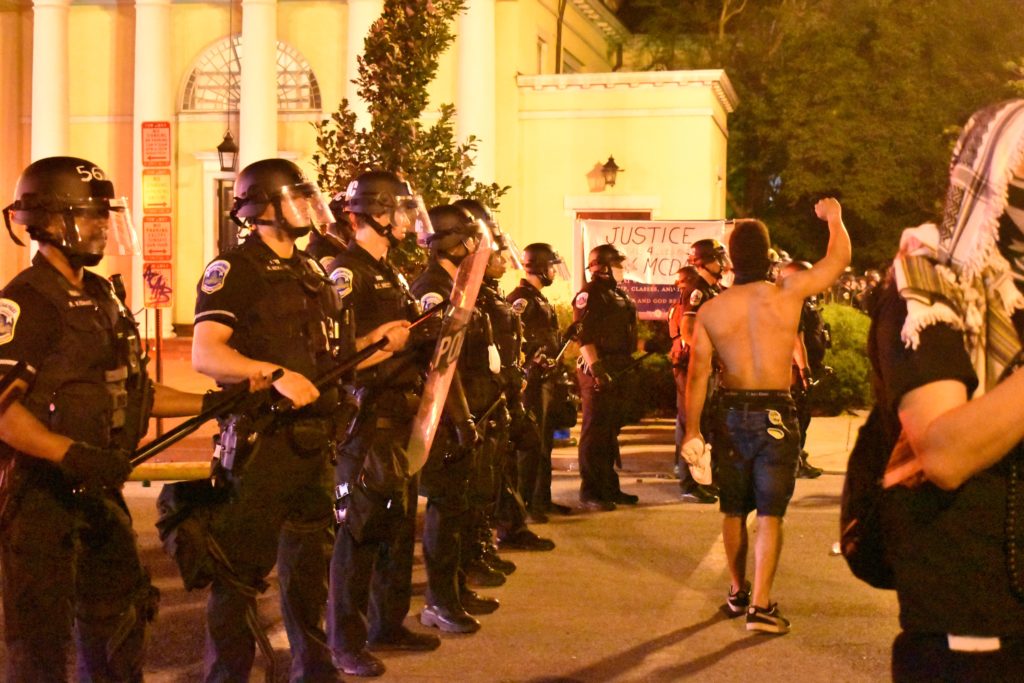 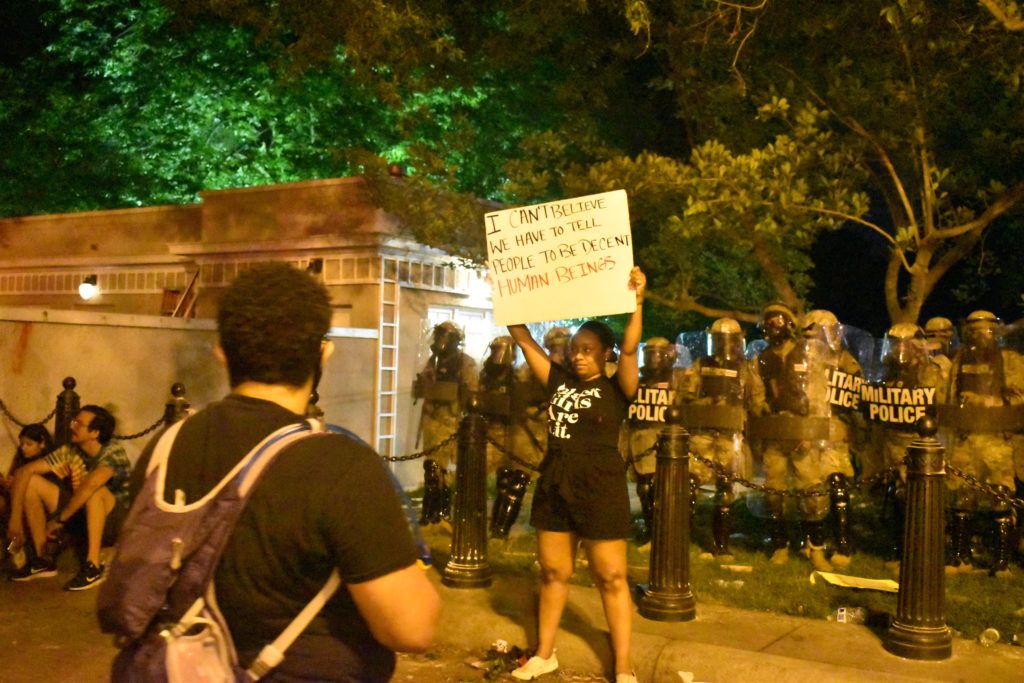 Thanks to Jess for sending the video above: “along L Street NW last night. Very peaceful demonstration while they passed our building.” 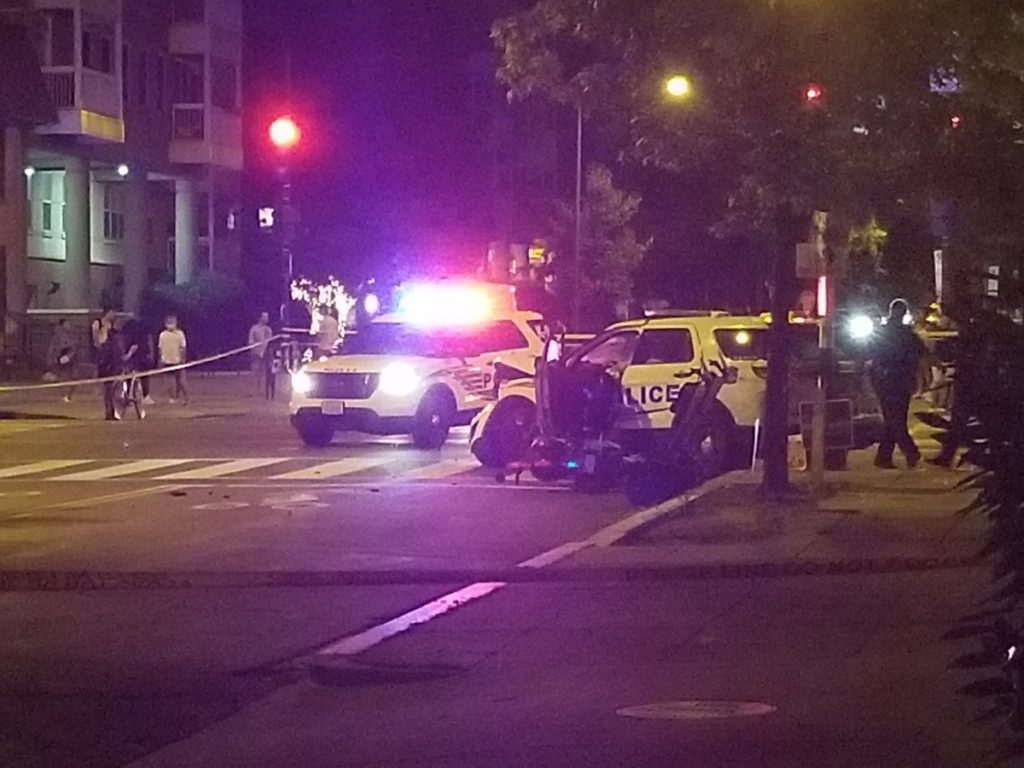 Eric writes 11:59pm: “Meanwhile, on U Street. Police cruiser just hit something hard at a high speed. 11 and U NW.”

Maybe it was the car on fire pic.twitter.com/sysk7hZPtI

.@PoPville – CityCenter is currently being ransacked and overtaken by rioters. Two fires started and the neighborhood is filling up with smoke. Can’t believe what I’m witnessing out my window, frightening beyond belief. pic.twitter.com/5gcq0833bN 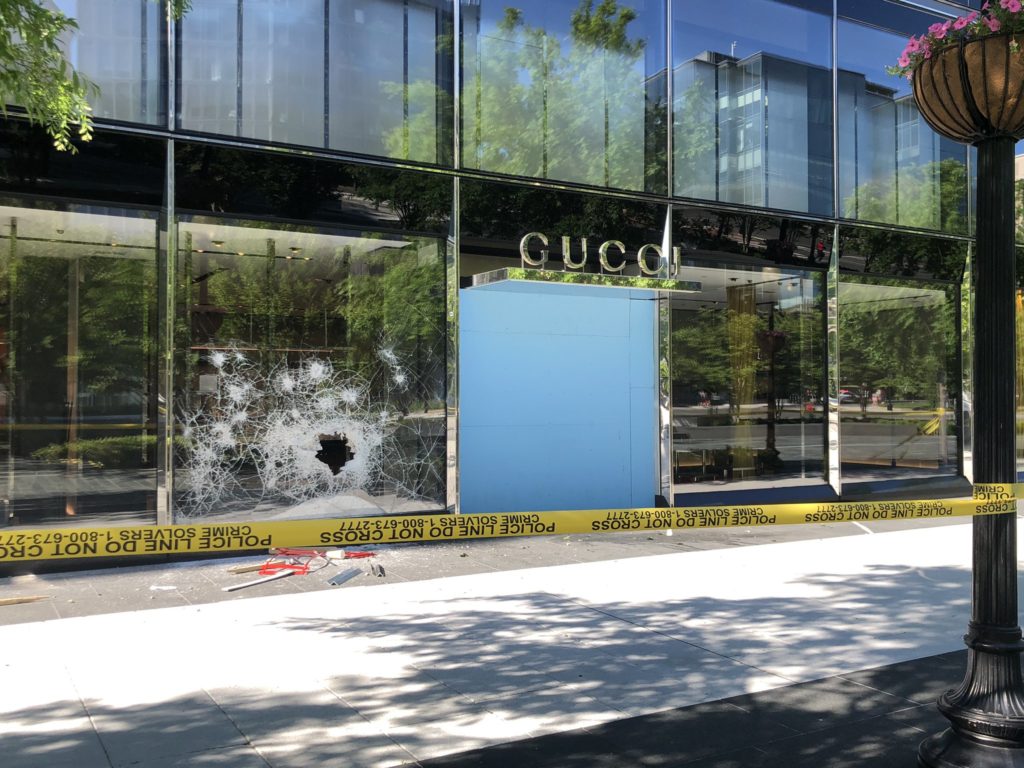 Box Alarm 800 block of 16th St NW. #DCsBravest are extinguishing a fire primarily involving multi story scaffolding in an alley adjacent to the Hay Adams Hotel. There is no fire extension into the hotel. pic.twitter.com/lAhQRdp7sn

Before anyone puts a single word in our mouths. Black lives matter.

Ed. Note: Regarding the above – this is the owner of the Teaism near the White House, which was also set on fire.