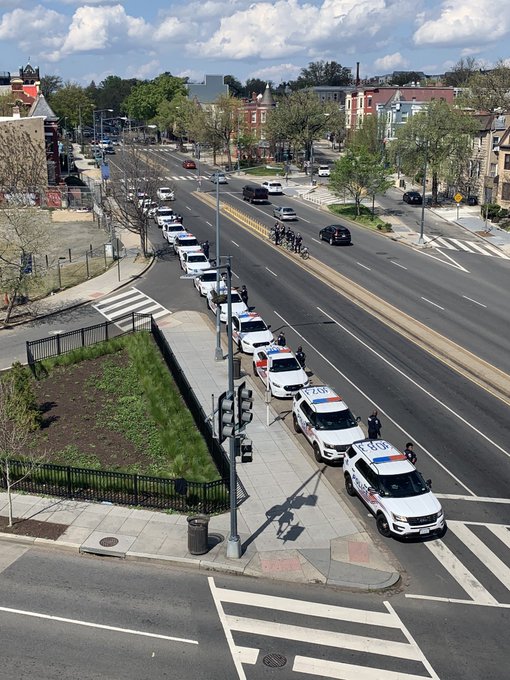 Thanks to Alex for sending. DEVELOPING stay tuned for updates as we get them.

Miss Melissa reports: “All officers are lined up giving a salute as a a group of officers passed. An officer died.” 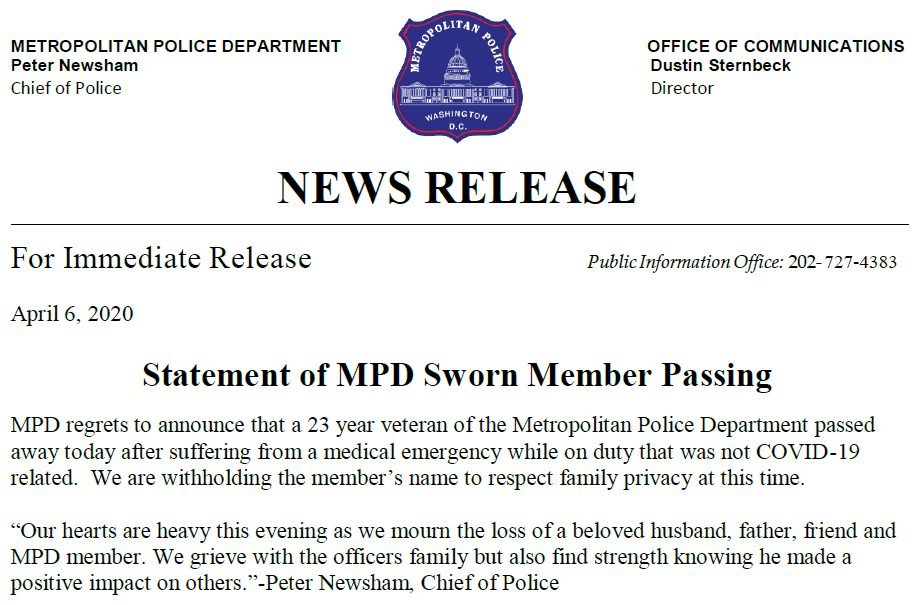 “update: Regarding the procession on North Capitol St w/ Falcon, source says another MPD Sgt. died this morning. She was found in her police car unconscious at 3D and was rushed to Wash Hospital Center where she was pronounced. Unsure of cause of death. That’s 2 Sgts in 2 days.” 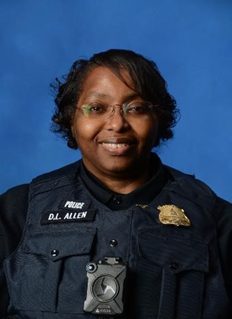 “It is with heavy hearts that the Metropolitan Police Department announces that 49 year-old Sergeant Donna Allen, most recently assigned to Third District Patrol, passed away earlier this morning following a medical emergency after having worked her midnight tour of duty. At this time it does not appear her tragic passing was COVID-19 related but further medical tests are being conducted. Sergeant Allen had over 30 years of service with the Metropolitan Police Department.

Sergeant Allen’s unexpected passing brings the MPD family great sadness,” says Chief of Police Peter Newsham, “Her friendship and good nature will be missed by many. I offer my deepest, most heartfelt condolences to Sergeant Allen’s family and friends at this time.”

Sergeant Allen is survived by her mother and five siblings.”