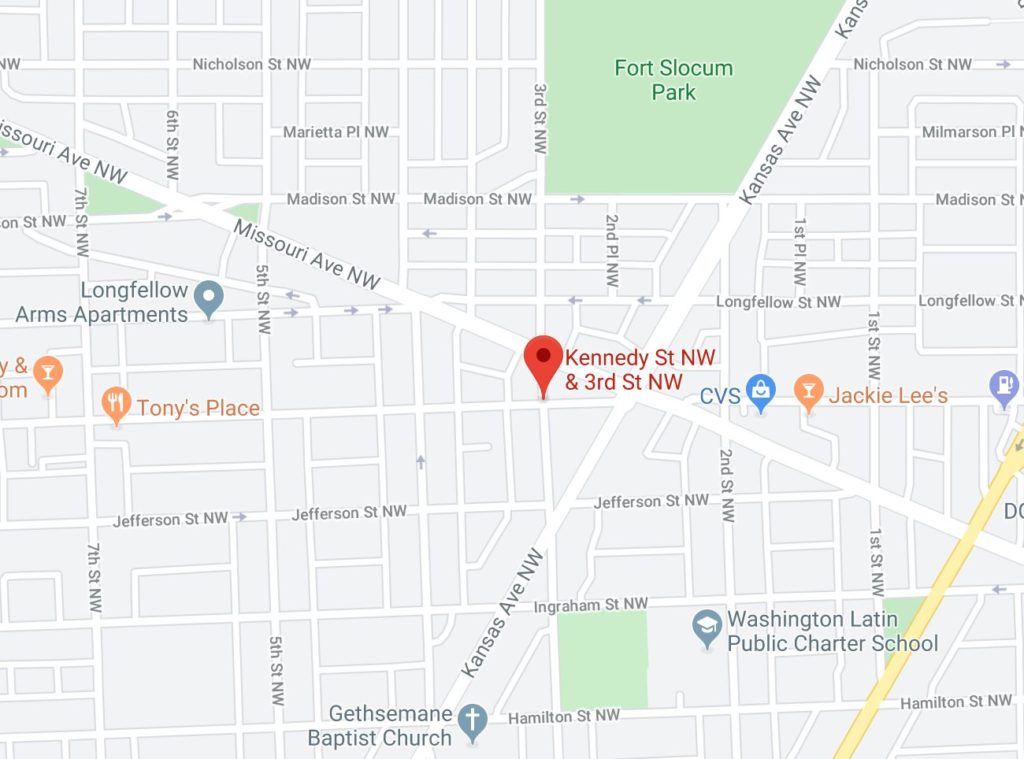 “This morning (Tuesday) at 9:43 AM, officers from the Fourth District were dispatched to 3rd & Kennedy ST NW regarding a vehicle that had just been stolen with a toddler still seated in the rear of the vehicle. The operator of the vehicle was in the process of re-fueling when an unknown subject, described as a black male wearing all dark clothing, entered the vehicle and drove away toward New Hampshire Ave NW.

MPD units immediately proceeded to canvass the area for the vehicle and a short time later, it was located in the 4800 block of 3rd ST NW. The toddler was still inside and appeared to be unharmed.

The subject was last seen entering a dark colored sedan with an unknown registration. While attempting to stop the subject from driving away, the operator held onto the vehicle for several feet and received non-life-threatening injuries. At this time, there is no additional information available to disseminate regarding the second subject driving the dark colored sedan, other than this subject was also described as a black male wearing dark clothing. The case is under investigation by the Fourth District Detectives Unit. Anyone with additional information, please contact 202-727099. Additionally, anonymous information may be submitted to the department’s TEXT TIP LINE by sending a text message to 50411.”

More Stories
Random Reader Rant and/or Revellululemon will be taking over the UNIQLO space on F Street after they close Feb. 21st