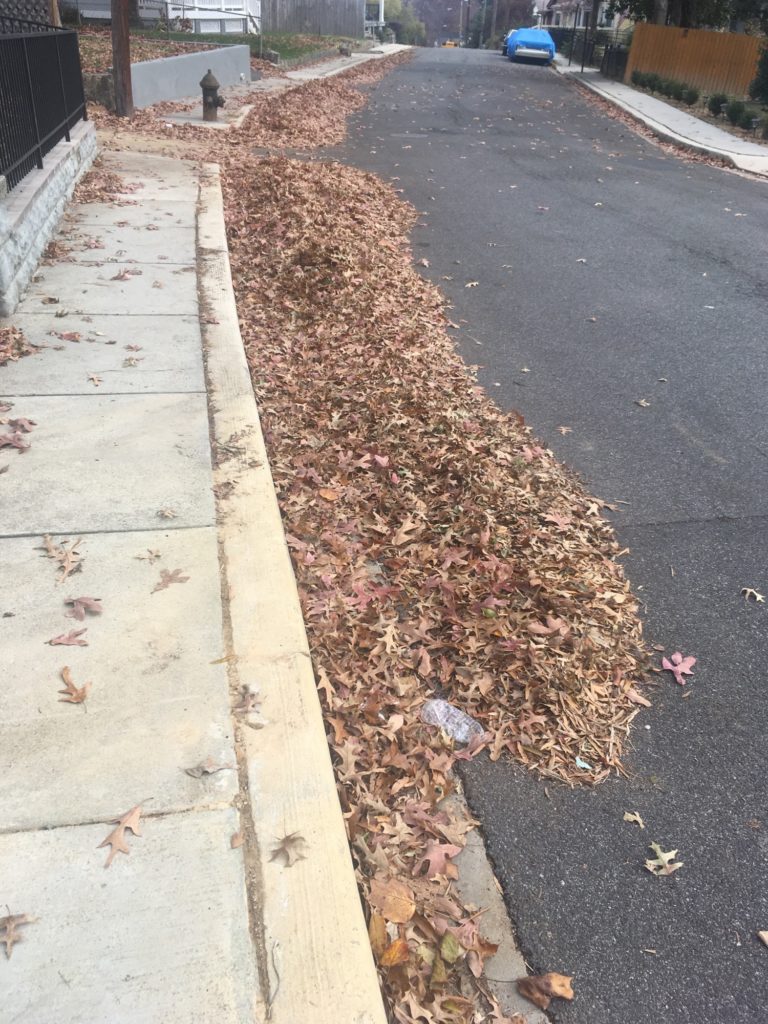 I live in Woodridge and our street was slated for leaf collection last week. We used the ‘new’ DPW app and got the notification on Fri. Nov. 22 that leaf collection would happen the week of 11/25-30. I and many neighbors followed the protocols and had leaves ready for pickup on 11/25. It was the holiday week and the crew showed up on 11/30 with their blowers and rakes and prepped the piles for vacuuming up by the truck. We saw the truck around the corner vacuuming up another nearby block around RI Ave and Monroe NE so had faith that they would turn the corner and finish the job on our street. They never showed up and it’s apparent that many other streets around the block weren’t collected either;

even where we saw the truck on Monroe, there are multiple piles that were left untouched. Not sure if the truck broke down, but this is the second year in a row that DPW hasn’t completed this job on our block. I imagine this may be the case around other neighborhoods? 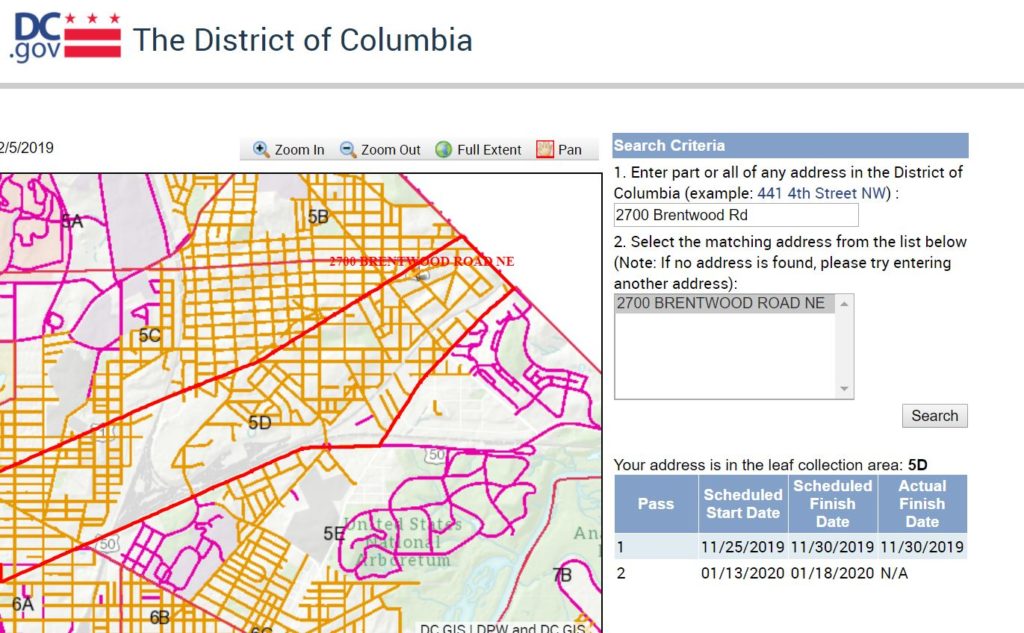 Further, the handy DPW website tracker states an “Actual Finish Date” of Nov. 30 even though the job was far from finished. Below is a pic of our street and the piles of leaves which are actually blocking a traffic lane (this is a 2 way street). I’ve called DPW multiple times and they transferred me around until I ended up in a voice mail. When my wife actually talked to a human, the person stated that they can reschedule us for January. There’s already a 2nd pass scheduled for January, so we are getting the run around again and DPW’s site is falsely stating that they finished the task at hand. What’s the deal DC Government? Above is the pic and attaching the screenshot from DPW stating this job was finished. There are many other piles in this neighborhood/Ward I could send pics of…We’ve also contacted our councilmember’s office. More rain is coming soon and apparently they only pic up dry leaves; of course the leaves were completely dry the week they were supposed to collect them and they are dry again for now…”

Next
Today’s Rental was chosen because I love this house