Thanks to Aaron for sending:

“I was going to drop in there on Friday after a birthday party, when I got there, they were closed before midnight. Sunday evening came, and they were still closed. It was odd. I went up to the door and they had a sign that said “Closed Gone Fishing”. I spoke with someone who works there that said they got closed down in a similar way as JRs with the liquor license expiring. I am told they closed on Wednesday and had been operating for some amount of time without a current liquor license. The person I spoke with said they may have to reapply for a liquor license from scratch because the amount of time that lapsed.” 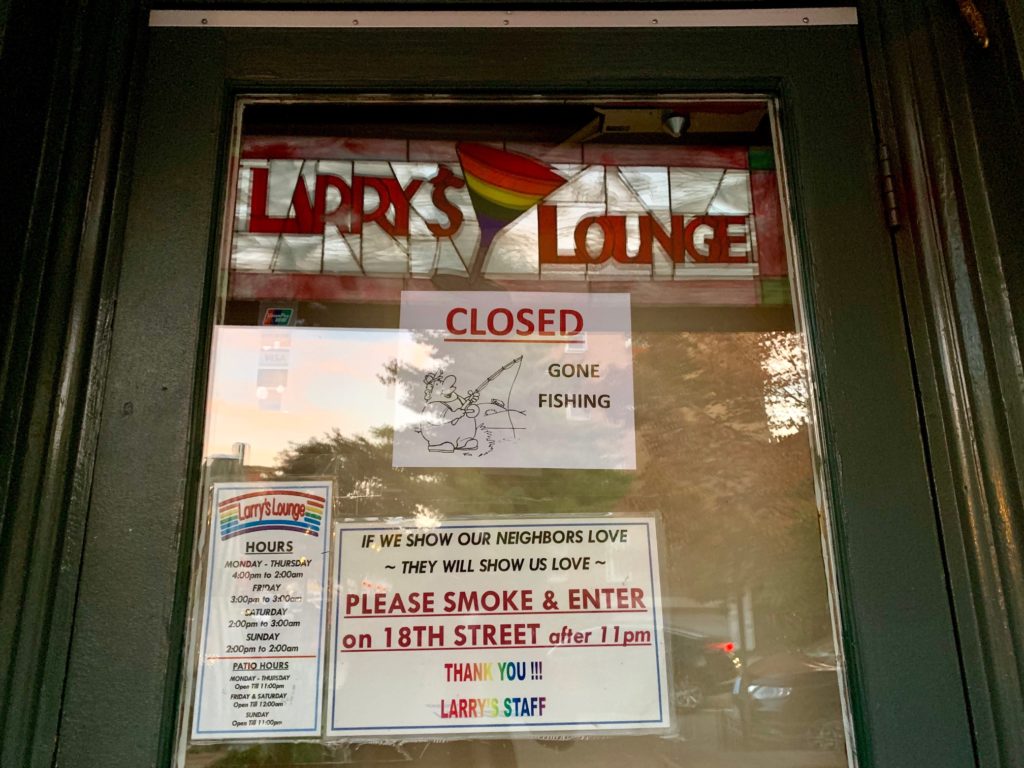 “Larry’s Lounge is Dupont Circle’s neighborhood bar that’s known for generous pours, dog-friendly patio, and being a place for everyone. Larry’s Lounge is committed to providing a place that is welcoming for anyone and everyone, even your furry four legged friends.

With more than 600 square feet per floor, Larry’s Lounge offers plenty of room for you and your friends to come and hang out. We don’t have loud live DJ’s or bands as we’d rather you carry on a conversation with your friends than have to yell at each other.

When in the Dupont Circle area, feel free to drop by Larry’s Lounge and see why we’re one of the area’s most welcoming bar.” 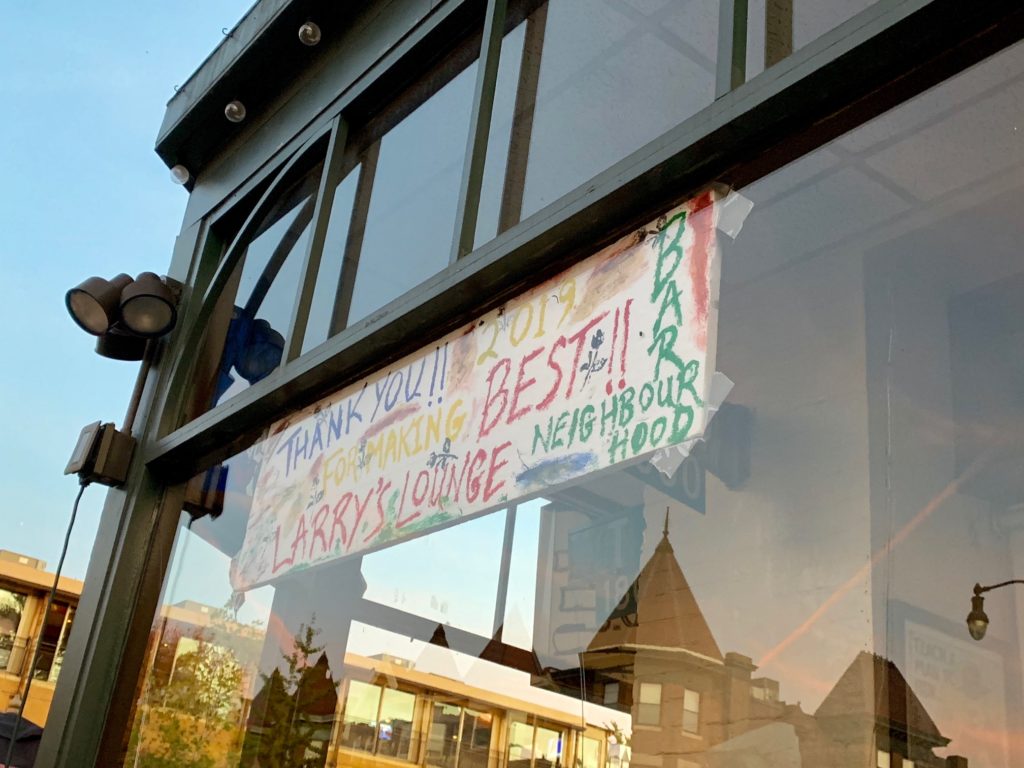 They last posted on Social Media on Saturday:

There's always time to stop and smell the rosé. pic.twitter.com/HXclMbf62A