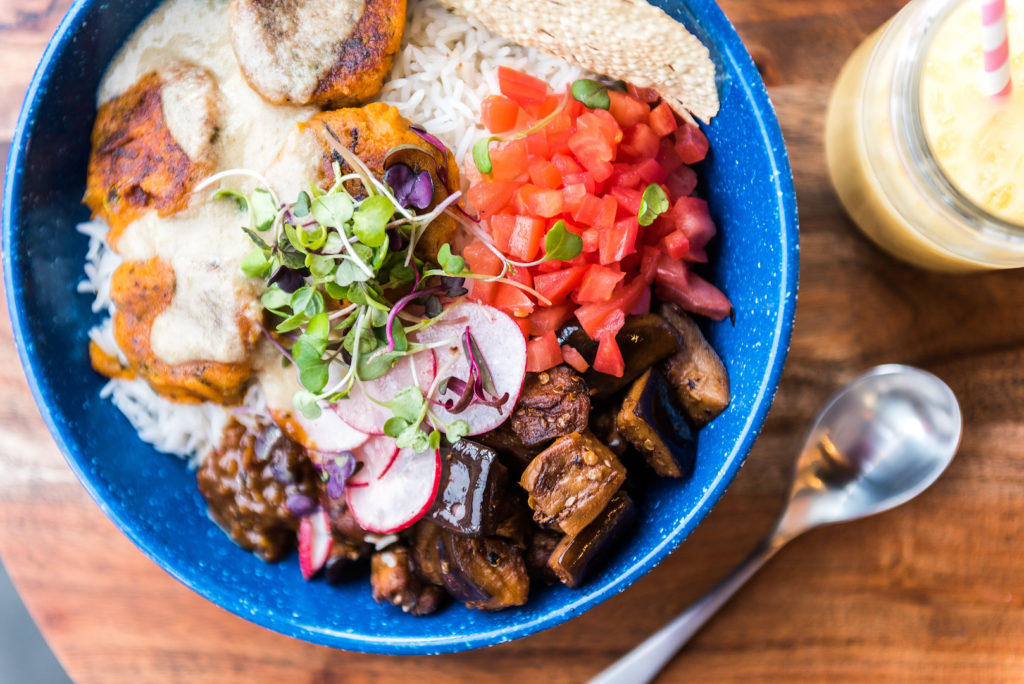 Ed. Note: We reported that a RASA would likely be coming to the former Taylor Gourmet space here back in early August.

“Celebrated ‘Fine Fast Casual’ Indian restaurant RASA (1247 First Street SE) from dynamic DC-based hospitality duo Rahul Vinod and Sahil Rahman has announced that the popular eatery will be expanding their food footprint in the DC area with the addition of two new confirmed RASA locations including one in Mount Vernon Triangle (DC) – their second to open in the District in partnership with EDENS – and another in Crystal City (VA)/National Landing in partnership with JBG SMITH – making it their first RASA location to open outside of the District. In addition Rahman and Vinod are also thrilled to announce their new partnership with legendary Washington Redskins Tight End Vernon Davis. 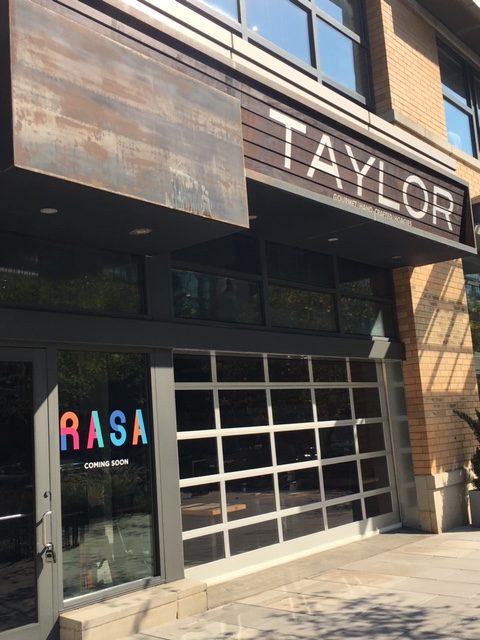 Featuring 1,600 square feet, RASA National Landing, VA (2200 Crystal Dr., Suite F, Arlington) is slated to open in spring 2020. Rahman and Vinod have teamed up with JBG SMITH, a leading owner and developer of high-quality, mixed-use properties in the Washington, DC market. In November 2018, Amazon selected JBG SMITH as its partner to house and develop its new headquarters location in National Landing. To date, Amazon has leased more than half a million square feet of existing office space at JBG SMITH properties and unveiled plans for its first new office buildings to be built on land purchased from JBG SMITH. Amazon’s first phase of development will also include 1.1 acres of new public open space and 50,000 square feet of neighborhood retail. JBG SMITH is also the master developer, on behalf of Lionstone, for Virginia Tech’s planned $1 billion Innovation Campus in National Landing.

In addition to confirming the two new locations, Rahman and Vinod were also fortunate enough to have gained the attention and respect of local NFL legend Vernon Davis of the Washington Redskins. The connection began after a close friend of Vernon’s stumbled upon RASA while venturing spontaneously through the District one day and after noticing RASA’s commanding electric blue door and immediately realized he had stumbled upon something truly unique and special. Within a short period of time, Vernon made it a point to schedule an in-person meeting with both Rahman and Vinod at RASA, and as a result Davis – also a fellow University of Maryland alumni/TERP – is now a proud fan, investor, and brand ambassador for RASA. Furthermore RASA is the only DC-based brand/venture Davis proactively decided to get on board with from a business and investment standpoint and this local trifecta powerhouse is looking forward to creating and launching a series of unique events and initiatives celebrating and giving back to their community via relevant and powerful collaborations and partnerships.

RASA Mount Vernon Triangle (DC) and RASA Crystal City (VA) will both mirror RASA Navy Yard in design, through the menus, and the overall creative and culinary aesthetic. Architects Michael Mason and Cristian Rosa from HapstakDemetriou+ will continue to oversee the design of RASA’s creative and colorful design for both new locations. Notable local artist, Nandita Madan – Sahil Rahman’s Aunt – will also continue to contribute original artwork for each of the new locations.

“After bringing RASA Navy Yard to life, and now preparing to open our second and third locations within the next year is the realization of a childhood dream and an amazing opportunity for us to continue sharing our culture and cuisine with our community, our city, and now Northern Virginia as well”, said RASA co-founder Sahil Rahman. “Since we began this journey, our vision has been to make Indian cuisine accessible, and we’re extremely excited to continue to open diners minds to new worlds offering unique, high-quality, and chef-driven meals at a $10 price point”, said RASA co-founder Rahul Vinod.

“With these two exciting new openings, our mission is to continue to demystify Indian cuisine, and what others think of it”, said Chef K.N. Vinod, who remains on board to assist the duo with RASA’s culinary creativity. “Witnessing the success of RASA in Navy Yard, and now with the two additional upcoming openings, we are so very proud of all of their hard work and dedication, their drive, and now they have not only earned our approval, but we have continued to invest in them and RASA and are thrilled to see this dream continue to come to fruition”, said Surfy Rahman. “There are so many facets to Indian cuisine – north, east, south, west – that Americans have not seen or experienced yet, and through RASA’s continued mission and vision, our sons are well on their way of continuing the culinary legacy in our family by sharing as much of that with diners as possible – very much so now as proven culinary ambassadors in our wonderful community.”

“My first encounter with the brand was after I initially heard about them through a friend”, said Vernon Davis. “Once I tried the food, I immediately fell in love. I loved Sahil and Rahul’s energy and passion. I could tell they were driven to succeed and most importantly their humility was few and far between. One of my absolute personal favorite things to order on the menu at RASA is the Tikka Chance On Me Bowl. It is important to me to be involved with my community from a philanthropic standpoint first and a business standpoint second. The opportunity to invest in RASA was one that I call a “No-Brainer” – I love the food, the concept, and more than anything the people.”

“Rahul and Sahil embody the inclusive and local entrepreneurial spirit that aligns with our purpose to enrich community,,” says David Germakian, EDENS’ Senior Vice President. “Washington, DC offers a diverse palette, and RASA’s arrival at CityVista will gather both foodies and longtime RASA fans to continue the culinary conversation. This is an exciting time for our retail partner to flourish in this dynamic neighborhood.”

“RASA is a homegrown, local brand, who only had one unit when our teams began conversing. They run a solid operation in the Ballpark District, serve great food, and will generate traffic and activity into the evening hours in National Landing,” says Amy Rice, JBG SMITH Senior Vice President of Retail Leasing. “We are proud to welcome RASA to the neighborhood.”

“HapstakDemetriou+ has been working with Rahul and Sahil since 2015. We have been very fortunate to work with a stellar quality of clientele and we couldn’t be prouder to have RASA among that list. RASA embodies everything we appreciate about our top-tier clients: they have an amazing product, they’re entrepreneurial but very intelligent and thoughtful about how they expand, they believe in meaningful partnerships, and they value great design and pushing the aesthetic envelope.”

Read more →
More Stories
8:25pm Shooting in Brightwood Park Friday Night Now a Homicide“This building is a pestilential nightmare, yet I know a lot of good people who live here.”