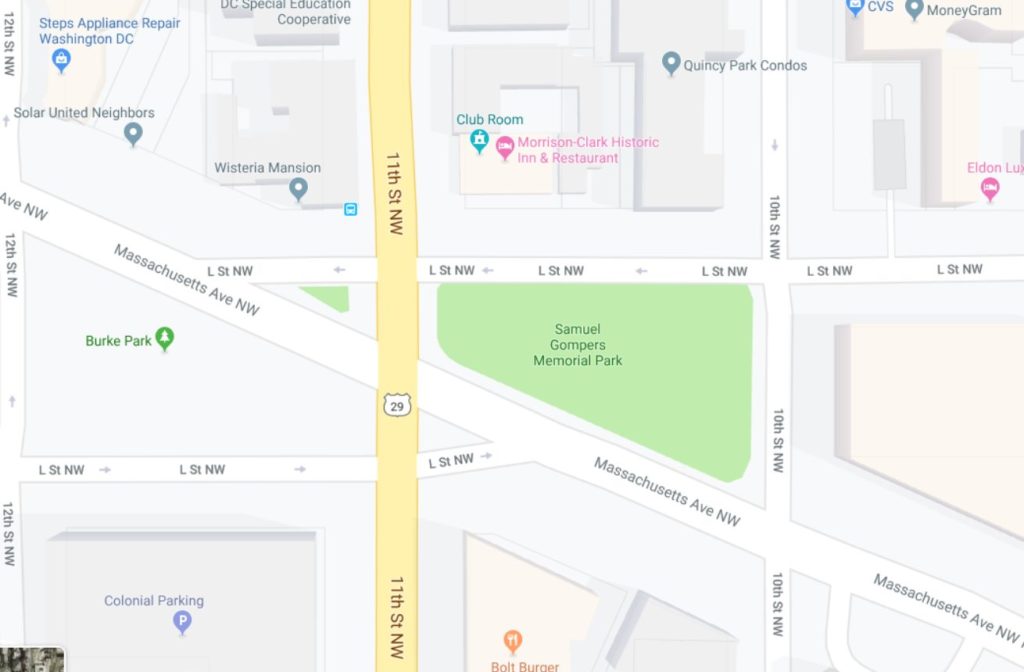 There’s a guy who deserves a shout out that I’ve seen every morning for the last month or so. He works the insane intersection of Mass Ave, 11th and a handful of other little roads that all intersect within feet of each other. He’s a crossing guard who puts himself right in the middle of the action during rush hour. He guides everyone from very young kids to older folks who could use an arm, safely across the very confusing streets, and he does so incredibly efficiently.

The reasons it’s clear that he deserves some kudos are as follows.

First he does the job incredibly well, with great energy and a smile on his face everyday. Many times I’ve seen him recognize certain folks, especially kids, and run over to give them a fist bump or high five as they cross. He’s also always got his eye out for people making odd crossing moves, and all he does is help them, again with a smile and helpful crossing tips when appropriate. Even more impressive, he even knows some of the drivers and their passengers that come through everyday. I’ve seen him shouting “GOOD MORNING SARAH” at seemingly empty space, only to realize he’s talking to a kid in the backseat of a passing car who has rolled down their window to say hi, he often knows them by name.

I don’t know HIS name, but the dude absolutely owns this intersection during AM rush hour and everyone who passes through under his watch is not only safer, but gets to feel better about their day thanks to this good guy doing his job well.”