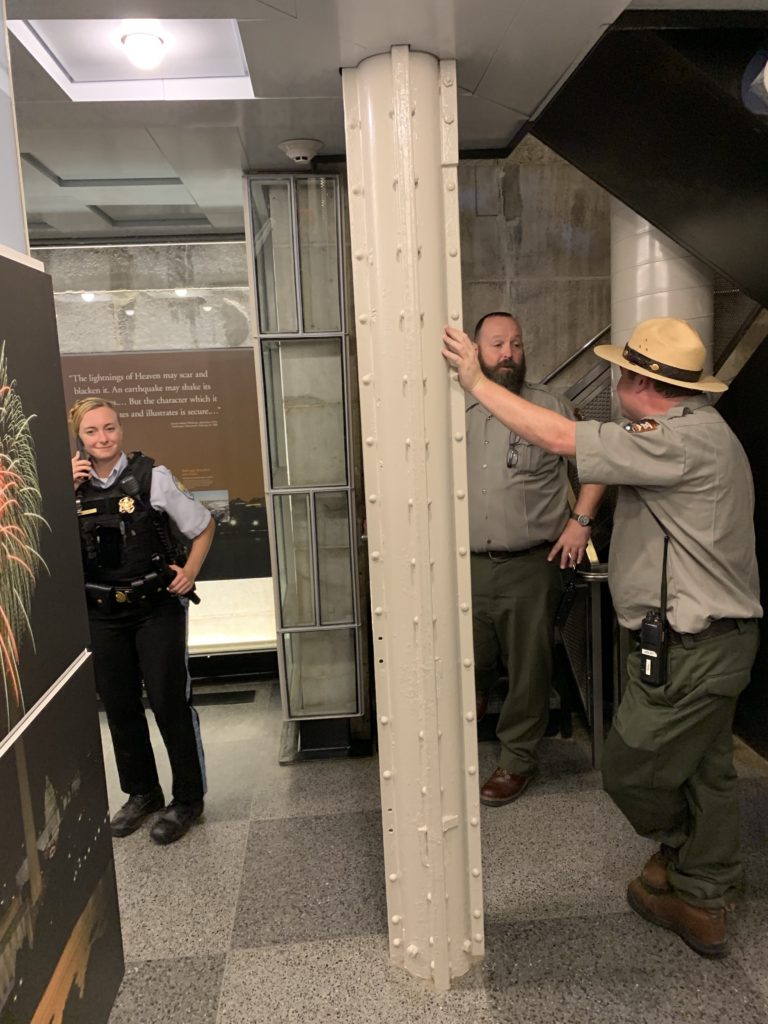 At 1:25pm Cassandra wrote us: “Hey @PoPville we’re stuck at the top of the Washington monument. Broken elevator. No end in sight.”

Charles emailed us the photo above: “I wish I was kidding. Elevator issues strike again.”

“Normal operations resumed after about an hour,” Litterst said. He said tours were on schedule, and he apologized for the inconvenience.”

Charles tells me that they were originally told they’d be taking the stairs down but they were able to finally get the elevator working again.

The Washington Monument reopened this past Thursday, “after a 37-month closure to modernize the elevator control system and construct a new security screening facility.

The re-opening of the Washington Monument is another example of how the Trump Administration is enhancing visitors’ experiences at national parks and public lands by better meeting critical infrastructure and maintenance needs.”