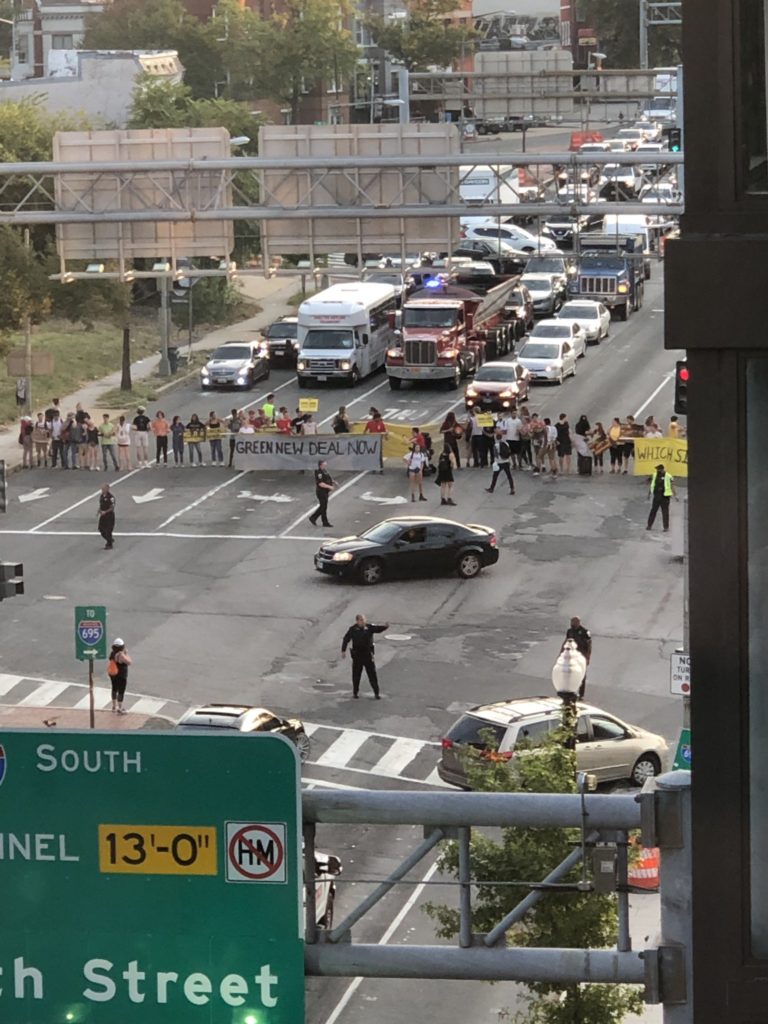 Thanks to Hanna and Clint for sending from 4th and New York Ave, NW. Updates as we get more reports. 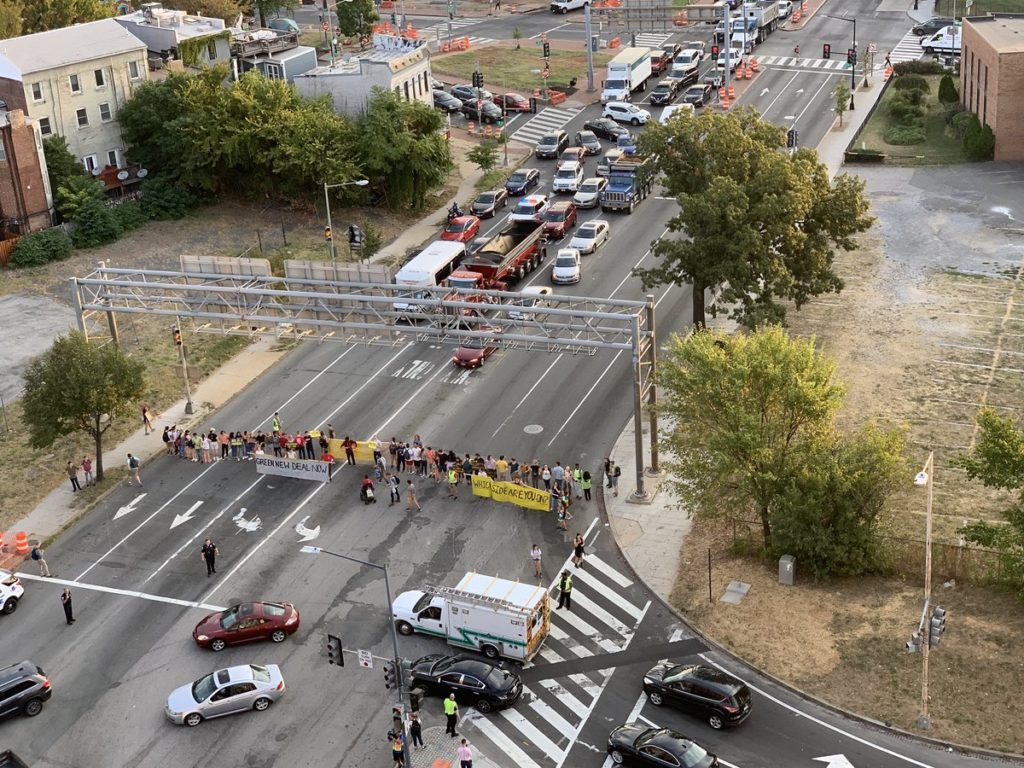 Clint writes: “Climate protest is redirecting all traffic coming off 395N at NY Ave into downtown.” 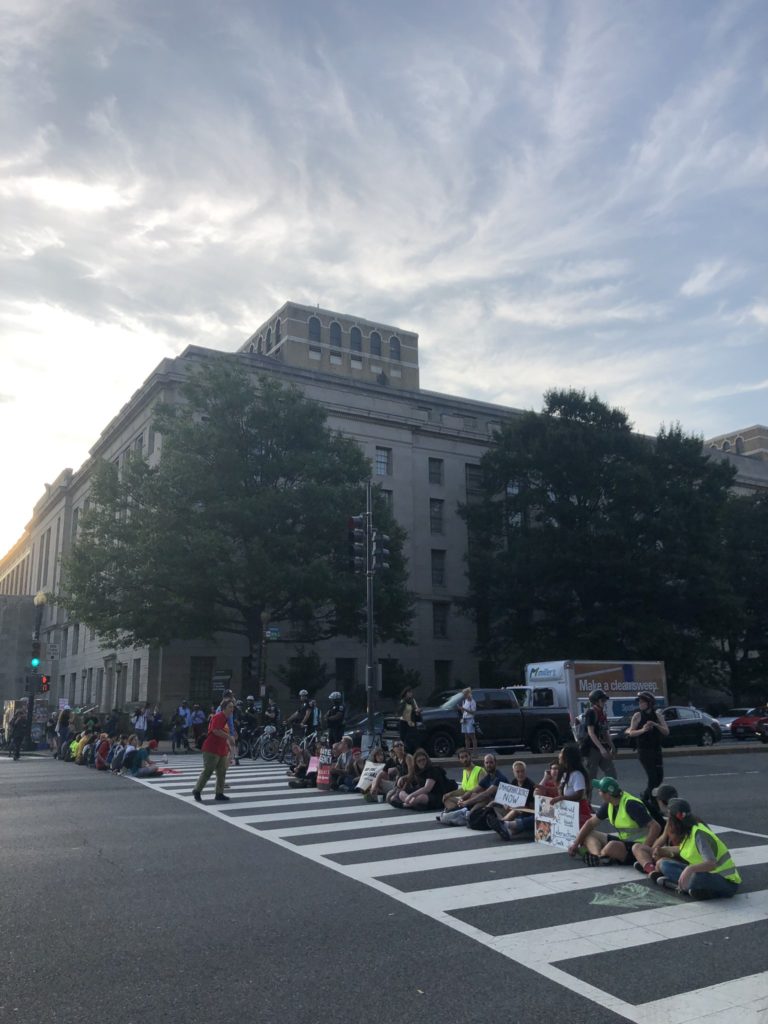 “Overheard a driver stuck at the intersection of 14th street and independence, “what do they care? I drive a Prius!”” 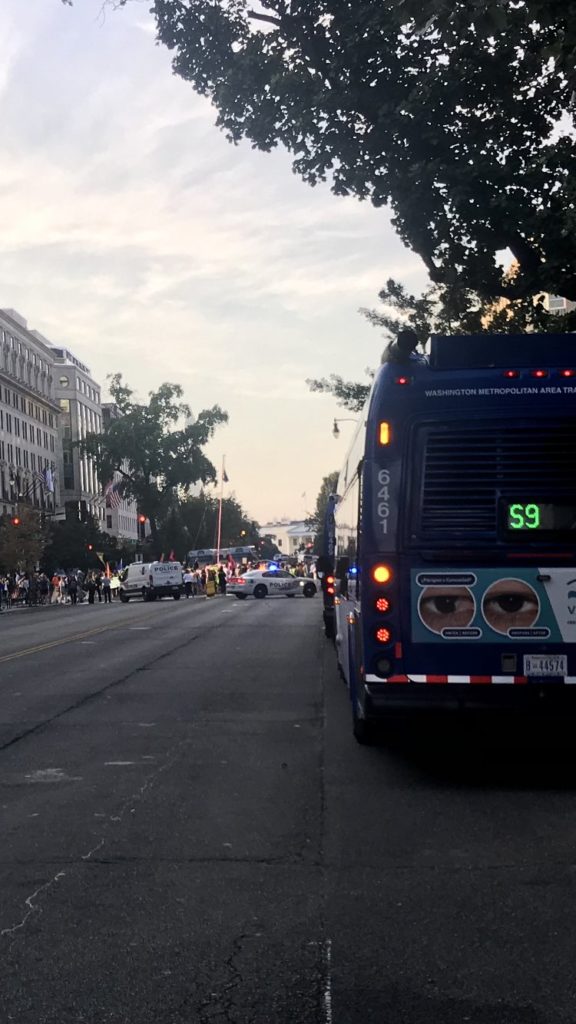 “S9 terminating at L and 16th this morning. Looks like a good crowd!” 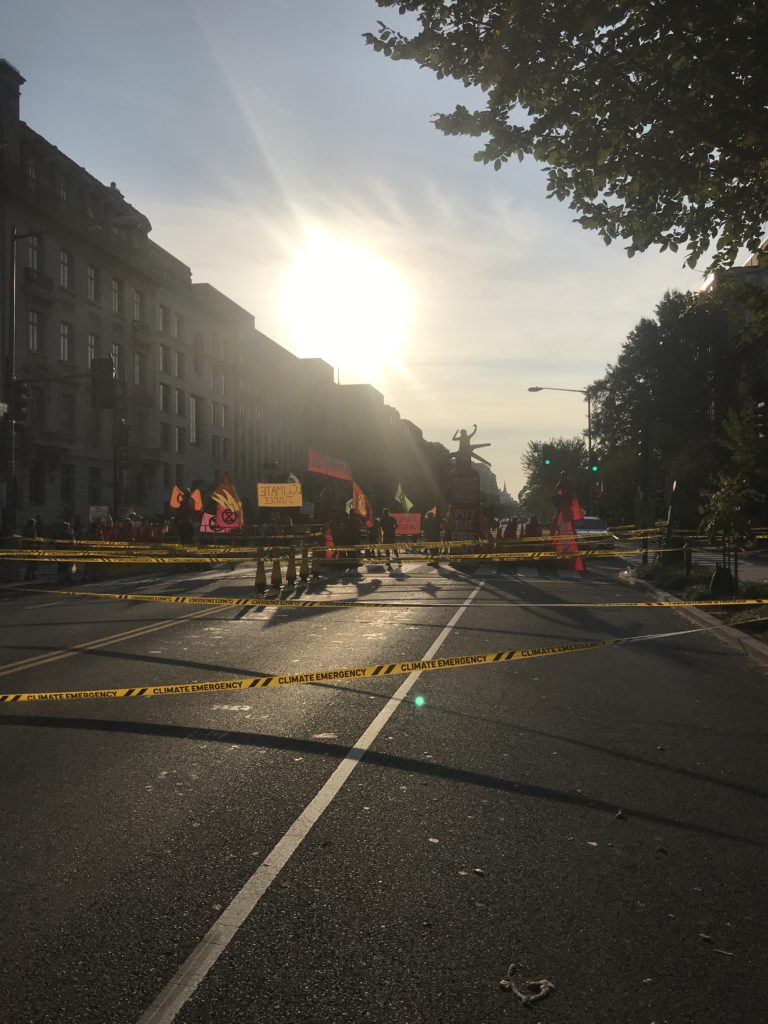 ” A poor N4 headed northbound is caught on the south side of 18th below Mass. Seems like all buses on that root to Friendship Heights will be cut off.

Shoutout to the quick police presence tapping off the intersection to protect protestors and drivers. And for directing traffic away from It” 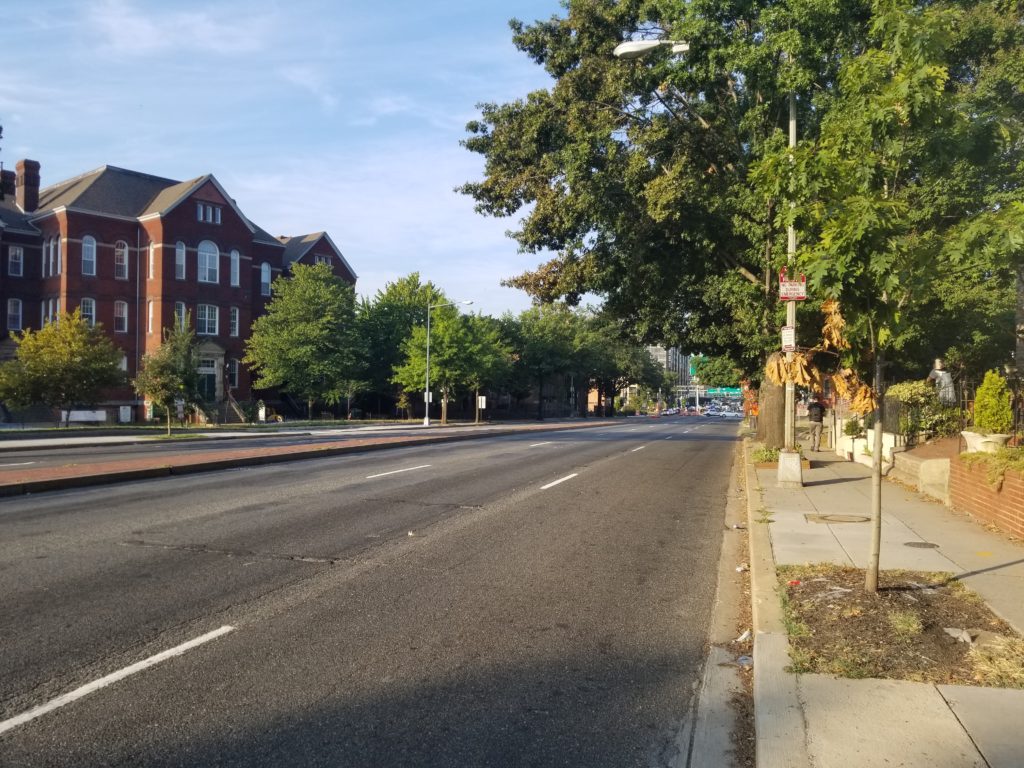 “NY Ave heading west from 1st Street NW at 820 am and the 395 tunnel entrance a few minutes later. Not sure how far back NY Ave was blocked by police but at least back to North Cap. A few people were in handcuffs at the tunnel entrance.” 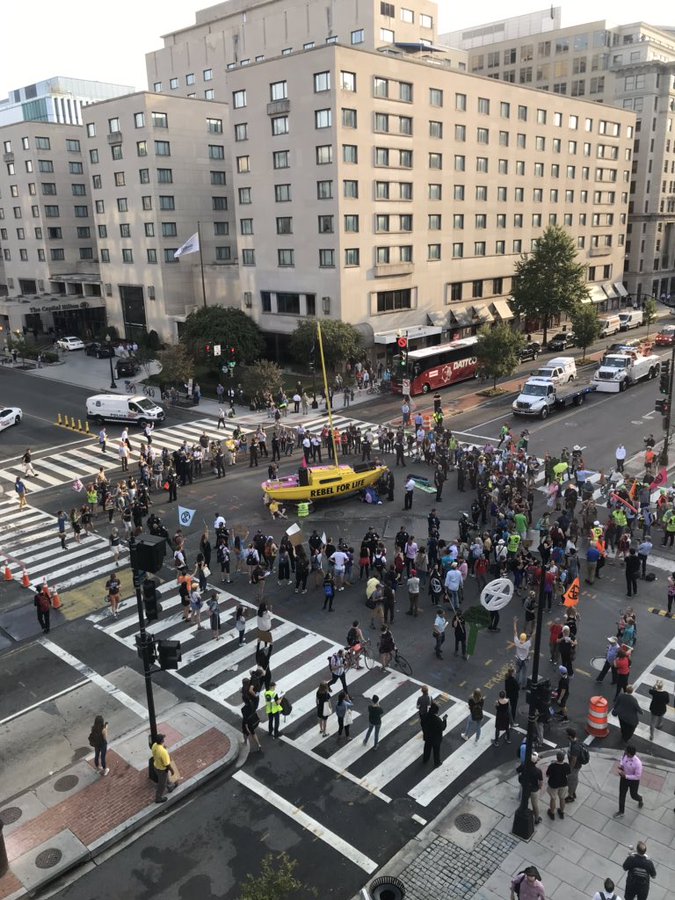 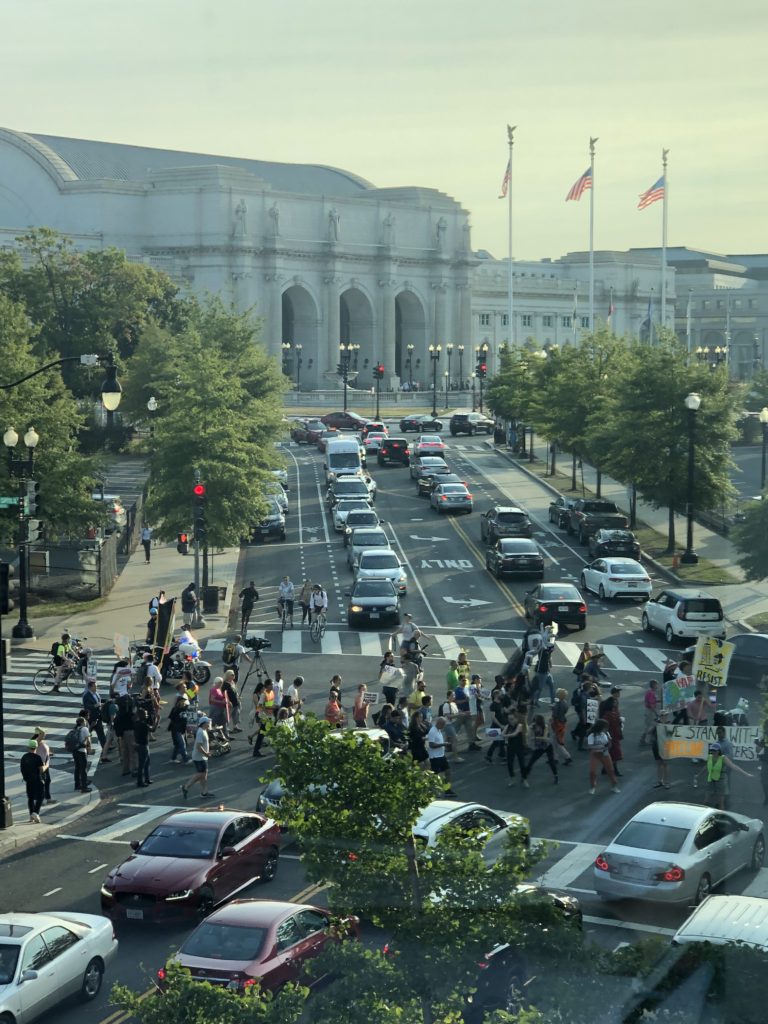 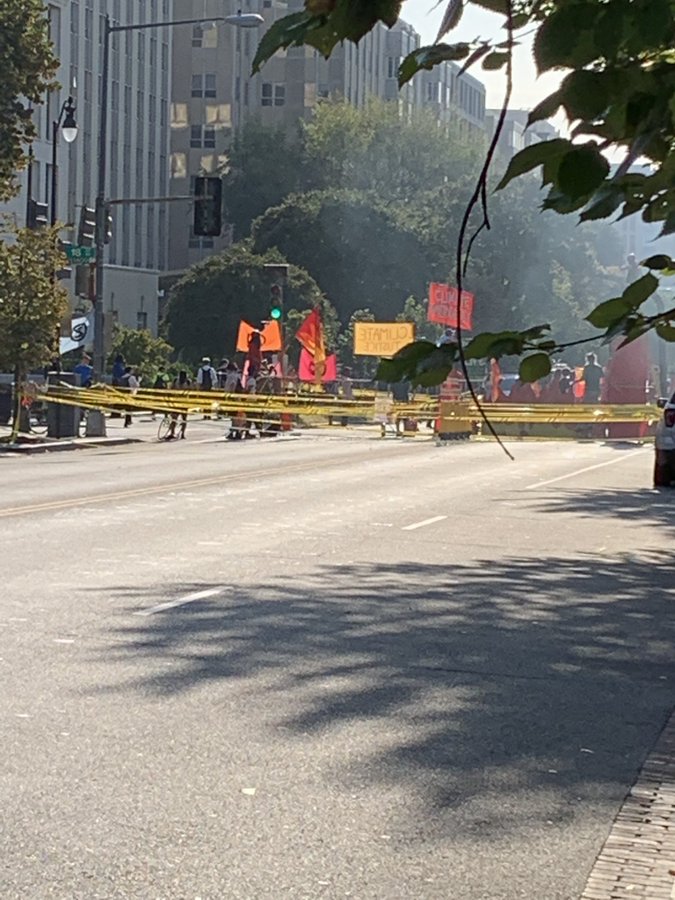 “Several major intersections in DuPont circle have been shut down by climate strikers. Looks like they’re serving their purpose.” 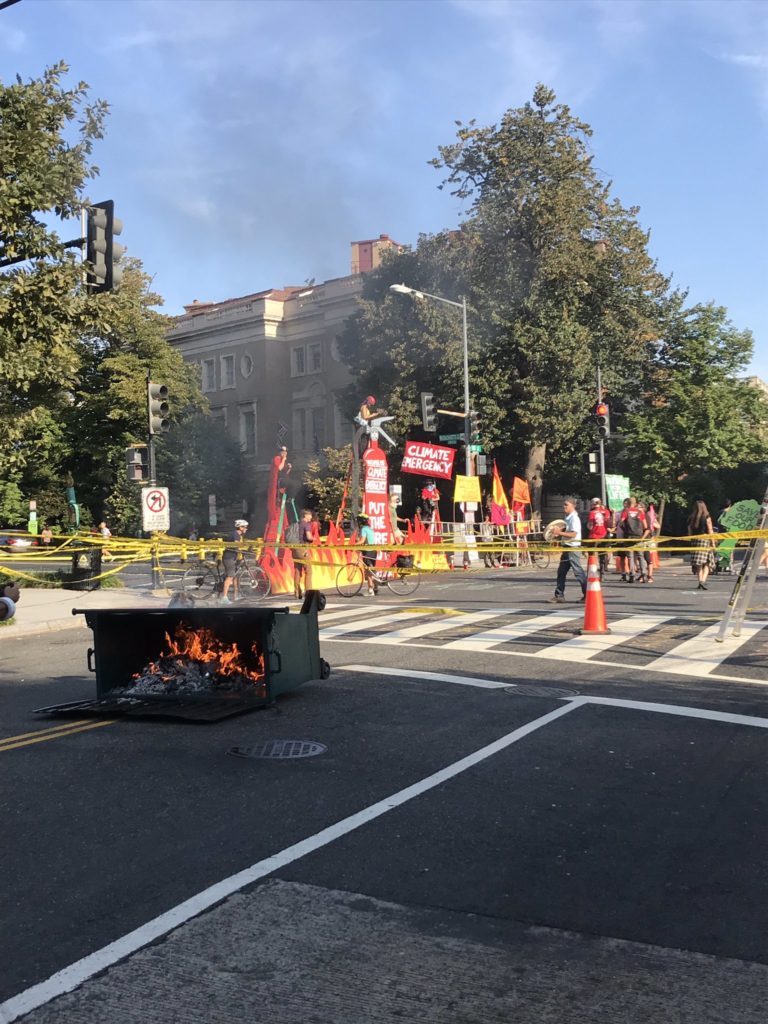 “The Mass Ave group set a dumpster on fire” 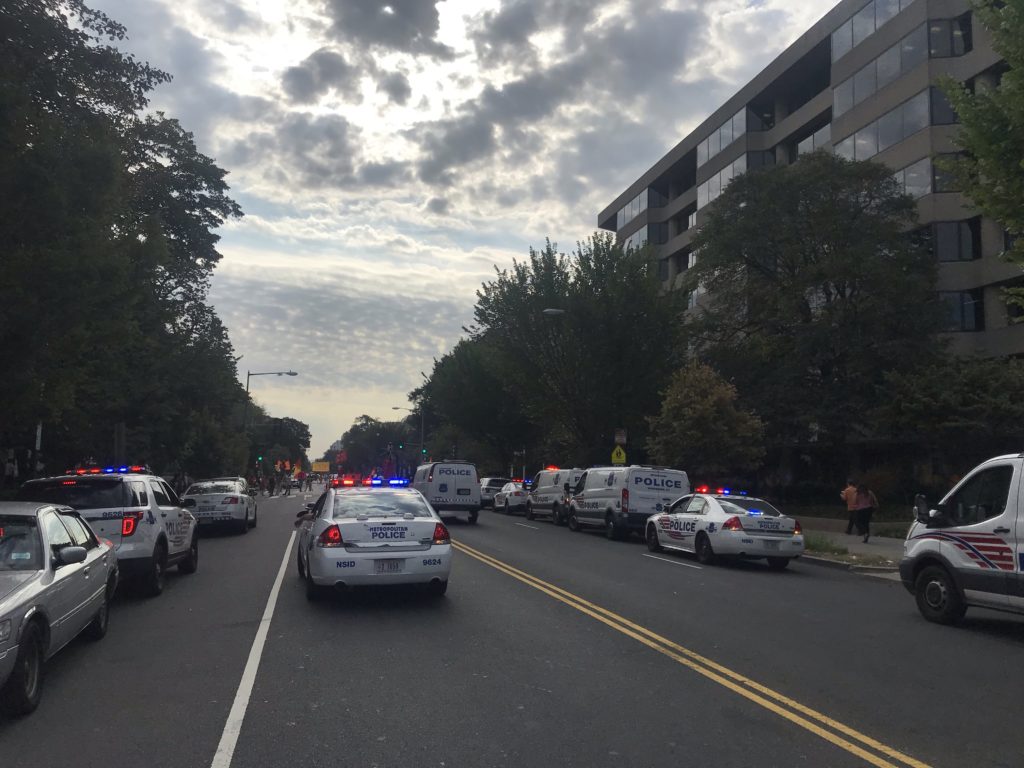