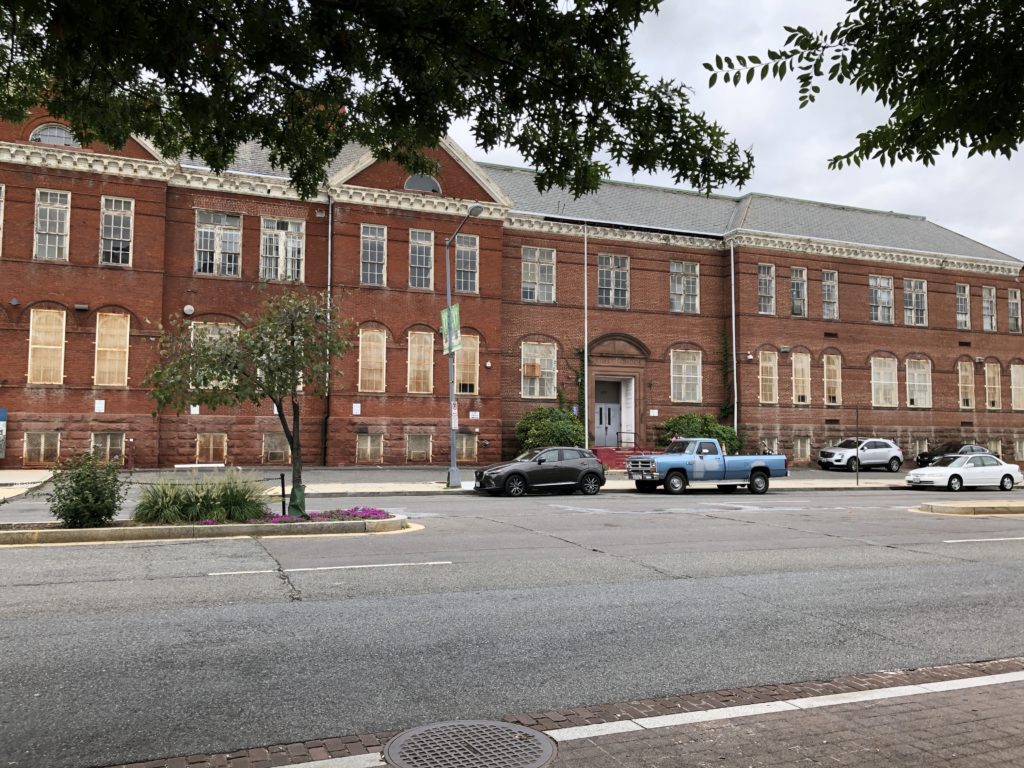 Thanks to Dan for sending.

“This month, Community Three will launch the 9½ Street Initiative–a collection of residences, work spaces and cultural beacons that celebrate the District of Columbia’s rich artistic character and entrepreneurial spirit. “This is a monumental achievement for us, the neighborhood and the city–ten years in the making,” said Grant Epstein, Community Three’s President.

Located along 9½ Street, at U Street and Vermont Avenue in DC’s historic Shaw neighborhood, the 9½ Street Initiative is the result of a decade‐long effort and collaboration between Community Three, the District of Columbia’s Office of the Deputy Mayor for Economic Development and the African American Civil War Museum. The effort contains the redevelopment and new construction of approximately 133,000 square feet adjacent to the U Street Metro Station.

Almost a decade ago, Epstein met with Frank Smith, Executive Director of the African American Civil War Museum, at a small U Street restaurant to discuss the possibility of incorporating the Museum in Community Three’s redevelopment vision for the Metro‐adjacent property. Smith founded the Museum in 1999 to tell the story of the 200,000+ African‐American soldiers who fought for the Union in the American Civil War. As part of the redevelopment effort, the two envisioned revitalizing the dilapidated school building and historic alley and moving the Museum to a grander and more permanent home directly adjacent to the Metro Station and the Memorial it honors.

Dozens of community meetings ensued, some in the homes of adjacent residents, ultimately producing a series of common community goals aimed at encouraging daytime activity and creating new places to live and work for local arts‐ and cultural‐related enterprises. The District issued several solicitations over the ensuing years (some retracted before gaining traction with one resulting in the Museum’s provisional move to the auditorium of the former Grimke School), but all fell short of delivering a prominent home for the Museum or the broader redevelopment vision.

In late 2017, Community Three finally got its chance when it won approval from the District of Columbia’s Office of the Deputy Mayor for Planning and Economic Development to redevelop the series of sites along the U Street Corridor, including the Grimke School, into a mixed‐use dynamic and cultural center–part of which would serve as the new permanent home of the Museum.

The centerpiece of the development is a revitalized 9½ Street, bound by two new mixed‐use structures that complement the ensemble of existing historic buildings. Located at the intersection of U and 9½ Streets is The Fold, a new six‐story condominium building with ground‐floor retail that wraps around the corner drawing U Street’s energy mid‐block. These smart, efficient residences are designed to contain everything one needs to be right in the middle of the action. Completing the remainder of the Street is The Thread, an adaptive‐reuse of the 1920s auditorium into an assemblage of creative and unique apartments and work spaces. The ground floor along 9½ Street contains several live‐work “Maker Units,” specifically designed with individual commercial storefronts affording future artists and creatives the flexibility to live, work or do both.

Completing the development is the adaptive reuse of the former Grimke School, renamed in 1934 for Archibald Grimke, an American lawyer, intellectual, journalist, diplomat and community leader in the 19th and early 20th centuries. The new Grimke School includes an extensive historic restoration effort and will house approximately 65,000 square feet of loft‐style office and cultural arts space, including the new permanent home of the African American Civil War Museum and the international headquarters of the architecture, urban design and placemaking firm Torti Gallas + Partners.

“The ensemble is truly one of a kind,” said Community Three Vice President Mwangi Gathinji. “This initiative started out with a singular purpose but has grown into an expanded effort–one that lays the foundation for all kinds of collaboration and creativity. We are very proud not only of what we have designed, but excited for how the residents, workers, artists and patrons will continue to make 9½ Street a progressive and authentic place into the future.”

Read more →
More Stories
“clearly a lot of delinquency took place here, but how on earth can DC Water shut off the water to a residence without giving the tenants ANY notice?”58th Great Garden Haul AKA Fruits (and Vegetables) of Your Labors