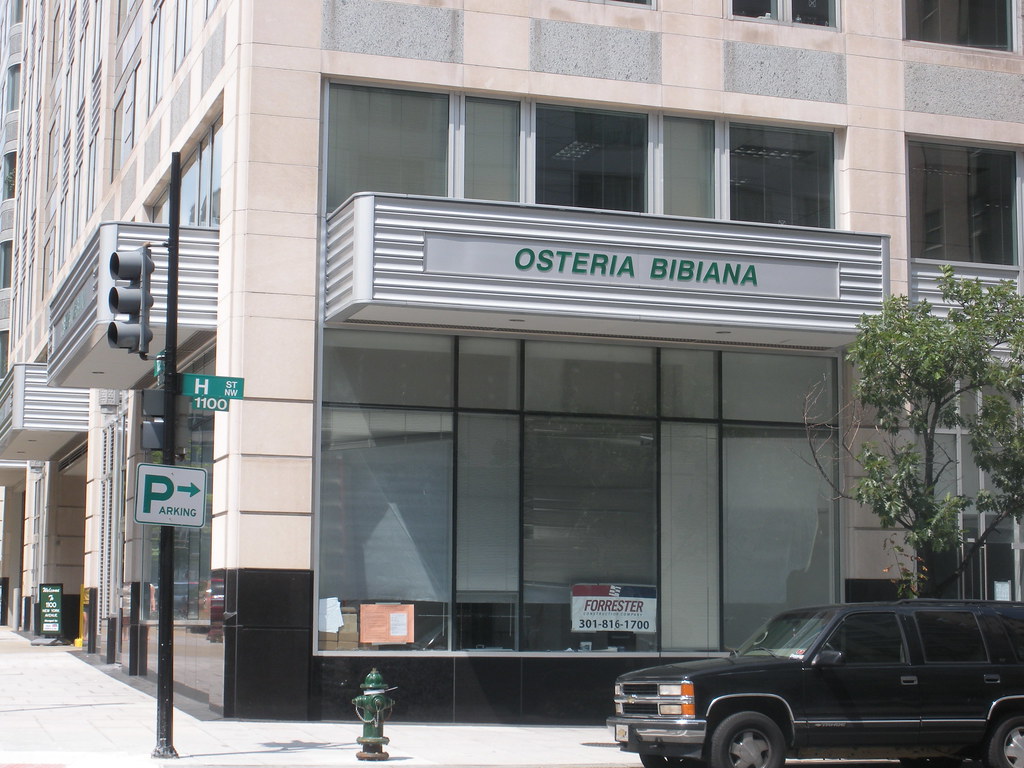 Bibiana will close August 31. The restaurant will undergo a refresh with a new color scheme, new artwork and the addition of planters filled with greenery. Melfi’s new menu will showcase Italian-influenced seasonal cuisine driven by sustainable, locally sourced ingredients. One can look forward to exploring the new antipasti trolley from Italy and dining on vintage china made by Villeroy and Bosch.

“Bibiana has been a landmark restaurant since it opened in 2009, receiving recognition both locally and nationally, but it is time for a change,” states Ashok Bajaj. “We are pleased to have John Melfi back in the kitchen and Modena is going to bring a fresh, new approach that is not mired in only traditional Italian cooking. We want to provide guests with a more playful and creative menu that has a nod to Italian’s most cherished flavors and seasonal profiles on the plate. John has proven his talents with modern American cuisine at The Oval Room and he has worked at some of the top Italian restaurants in Washington, D.C, as well. Modena will give us more freedom to showcase seasonal bounty without limitations.”

Menu highlights will make for fun dining within an elevated locale, showcasing seasonal cooking with Italian roots. Modena will feature items from specific regions such as Prosciutto di Parma, Balsámico of Modena, and Parmigiano Reggiano.

Guests can anticipate Crescia, a rich dough made with lard that will be grilled and served with toppings that range from prosciutto and mascarpone cheese, to tuna crudo with olives and basil cream. Crudo will be served on 1,500-year-old Himalayan red rock salt. One must try Melfi’s signature dish, Chitarra Pasta with Calabrian chili, sea urchin and jumbo lump crab and additional highlights include the Veal Ribeye, Crispy Sweetbreads, Pancetta and a Castelmango Fondutta.

Everyone who visits Modena will want to partake in the trolley of antipasti served family-style with six to eight selections daily available until they run out. Items will range from chilled Octopus Salad, Artichoke Scafatta, Marinated Peppers, and other local seasonal items like fresh beets. One will explore Pasta Fagioli with pipe pasta, local Coco Rubio beans and Mount Vesuvio tomatoes, a dish from Melfi’s grandmother’s collection. For a sweet ending, Amaretti cookies will be offered as they are a mainstay throughout Italy and a wonderful finish to the meal.

John Melfi is the executive chef of Modena. Chef Melfi has worked under some of Washington’s top toques including Robert Wiedmaier, James Beard award-winning Fabio Trabocchi, and Jeff Buben of Vidalia. During his 11-year tenure in the nation’s capital, he has served for three years as the executive chef of Ashok Bajaj’s power dining oasis, The Oval Room, which earned twice three stars from The Washington Post, and as the opening executive chef of Fiola Mare, which also garnered three stars from The Washington Post and Washingtonian magazine under his leadership. Melfi also worked in prominent kitchens such as Vidalia and Blue Duck Tavern, which captured the “Fine Dining Restaurant of the Year” award in 2013 from the Restaurant Association of Metropolitan Washington. He is graduate of the Pennsylvania Culinary Institute in February 2002, earning top honors as class salutatorian.