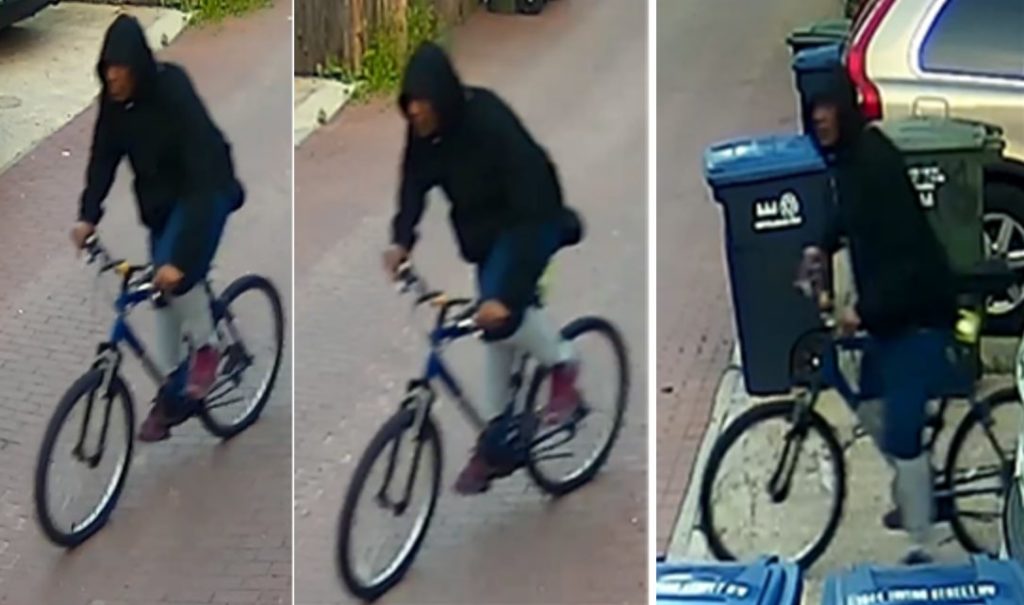 Detectives from the Metropolitan Police Department’s Sexual Assault Unit have announced an arrest has been made in connection with First Degree Sexual Abuse and Burglary One offenses that occurred in the 1600 block of Irving Street, Northwest.

On Tuesday, May 21, 2019, at approximately 1:00 am, the suspect gained entry to the victim’s residence at the listed location. Once inside, the suspect demanded US Currency. The suspect then sexually assaulted the victim. The suspect then fled the location on foot toward the south alley in the 1600 block of Irving Street, Northwest. CCN: 19-087-193

On Monday, June 3, 2019 at approximately 2:30 pm, the suspect gained entry to the victims’ resident at the listed location. Once inside, the suspect demanded US Currency. The victims did not comply. A witness heard the victim’s scream and saw the suspect fleeing from the residence. The witness followed the suspect. While following the suspect, he threw a brick at the witness. The suspect was apprehended by responding officers. The witness was not injured. CCN: 19-096-300

On Monday, June 3, 2019, 58 year-old Lester Wilkerson, of Northwest, DC, was arrested and charged with two counts of First Degree Sexual Abuse, three counts of Burglary One and Assault with a Dangerous Weapon (Brick).

The Metropolitan Police Department would like to thank the public for their assistance in providing numerous tips in this case.”

“ICYMI word is there was a whole bunch of police activity on Irving Street today, people are saying the assaulter tried to strike again but police caught him this time. Can you confirm anything?”

“The incident on 1600 Irving was a Burglary 1/ADW in which a subject broke into an occupied residence (the B1 portion). Upon fleeing, he assaulted a witness that confronted him (the ADW portion). The witness was able to follow the suspect and notify 911. Responding officers arrived and placed the subject under arrest. Due to injuries that the suspect had, he required medical attention at an area hospital which delayed his arrest processing until after midnight.”

“Today, June 4, at 2:00 p.m., Mayor Muriel Bowser will be joined by DC Police Chief Peter Newsham and public safety officials to provide an update into the investigation of an individual involved in two First Degree Sexual Abuse and three Burglary One offenses that recently occurred in the 1600 Block of Irving Street, Northwest.”

Ed. Note: When these media availability conferences are scheduled it usually means a case has been closed. Updates when official report is released after 2pm.

Next
When Danger is your middle name