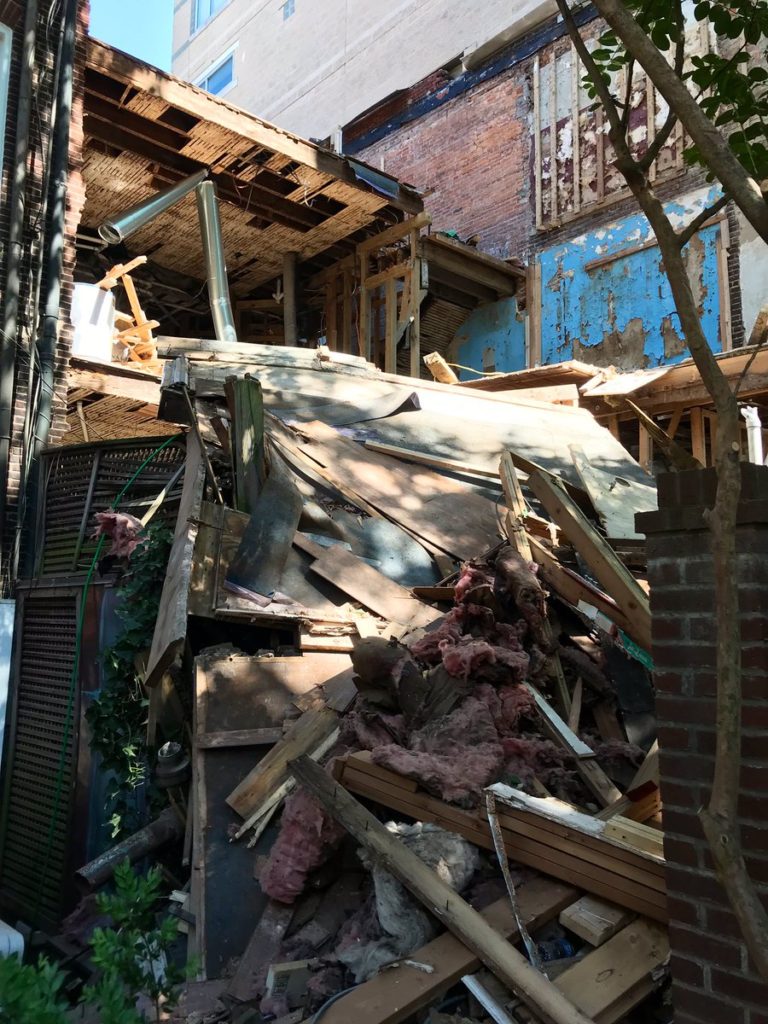 Photo via DC Fire and EMS

“#DCsBravest on scene of a structural collapse in the 1300 block 13th St NW. PIO enroute and will provide more information upon arrival.”

One reader speculates it was related to the F-35 fly by that happened around 2pm:

“It was super loud and I’m also pretty sure that the vibrations it was giving off (every building was shaking) contributed to the building collapse at 13/N NW. The building there was already super fragile and didn’t seem well supported for construction, and this was just the thing to push it.”

#DCsBravest Capt. Holmes and Search and Rescue dog Kimber have completed their search of collapsed area on 13th St NW. No victims found. #DCsBravest are clearing the scene. pic.twitter.com/iq42pl7jhR

More Stories
Surfside Opening Tenleytown Location this Fall!“I’m looking for a recommendation for a driving instructor / driving school with their own cars.”