Support us!
Search
What the Helen of Troy is This

Photo from 14th Street by S.J.

It was a flyover to demonstrate stealth F-35s for Trump and the President of Poland. Poland is buying some. I also wonder if the military planned the flyover to show Trump that the stealth fighters are not invisible, so that he stops saying that.

Thanks to all who emailed/messaged. Apparently I picked an inopportune time for a quick walkabout. All is well!!

BTW, this is the B variant of the F-35, which is particularly suited to make a loud noise over DC for a long time. That’s because it has a horizontal lift fan that allows it to land vertically, like a helicopter — or fly slowly and noisily over a city.

Check out some more action: 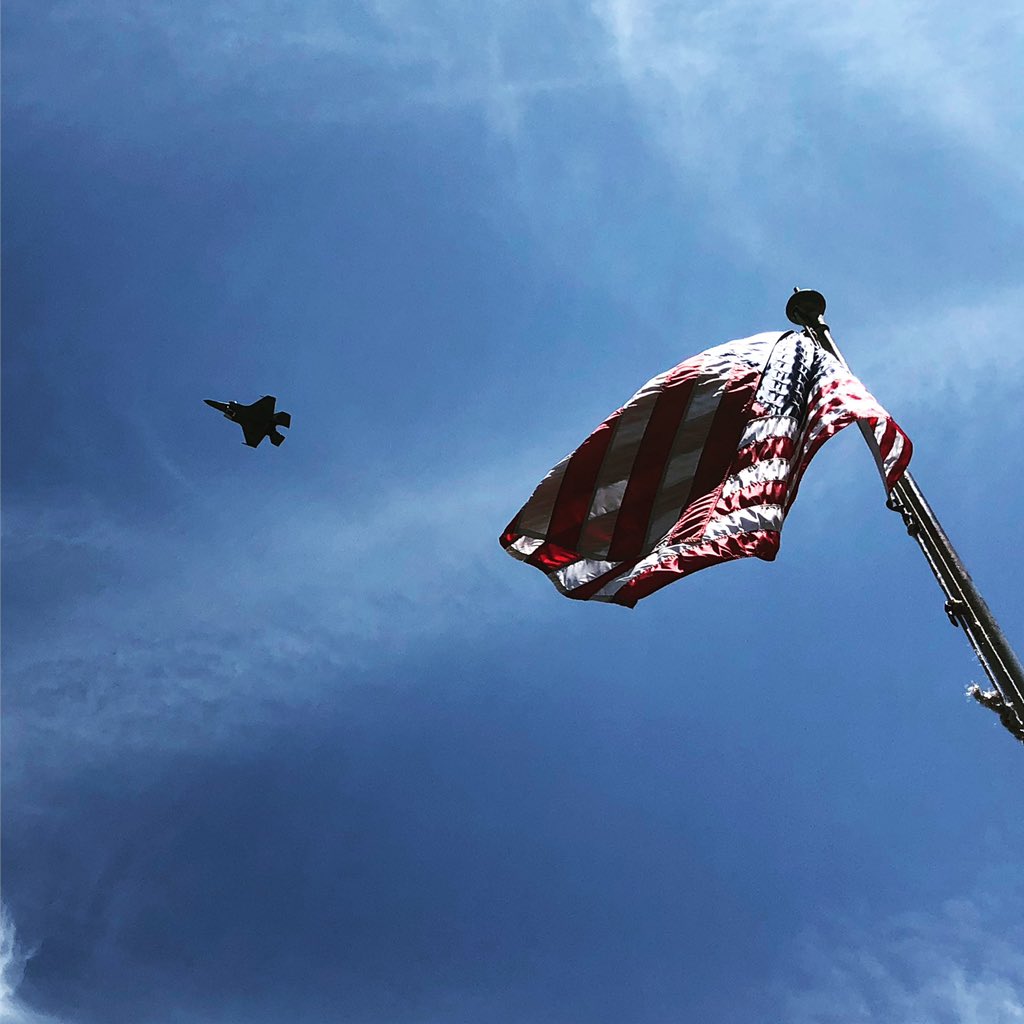 @PoPville here’s a close up of the fighter jet that gave everyone a wholly unnecessary scare. pic.twitter.com/9XNUG1d7lc

“Our federal partners have notified us of a scheduled aircraft flyover in the downtown area of DC at approx. 1:55 pm TODAY! The aircraft will be traveling at a low altitude.”