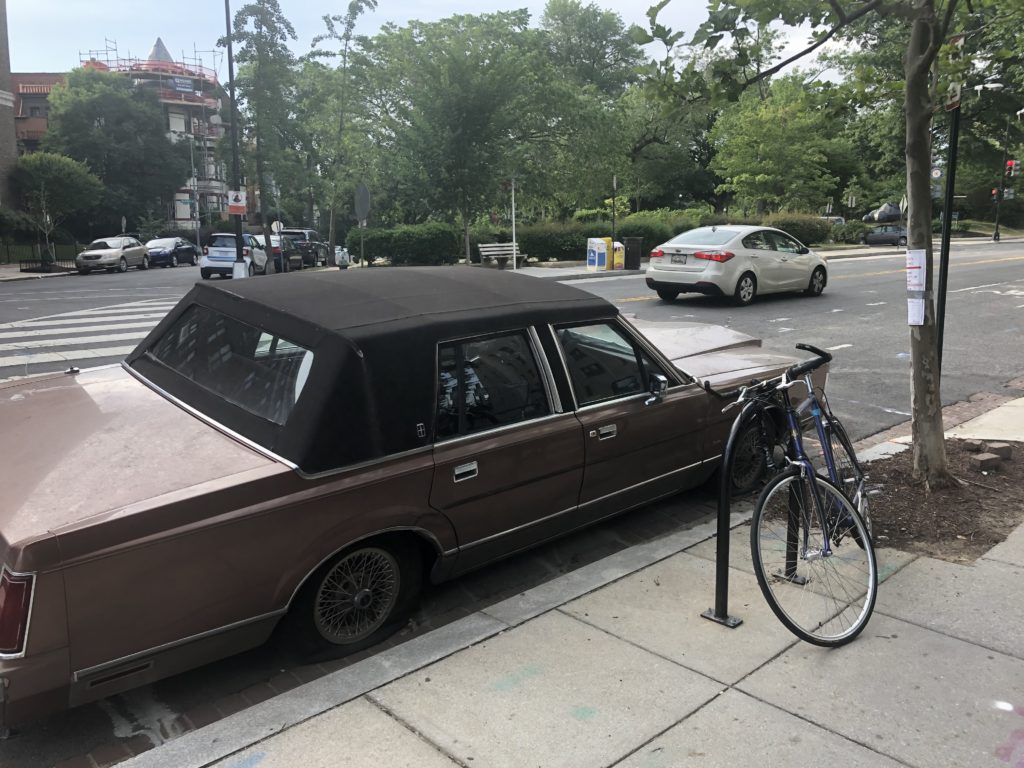 This car has flat tires, parked in an emergency no parking zone, and hasn’t been ticketed or towed – apparently for years. How is this possible?” 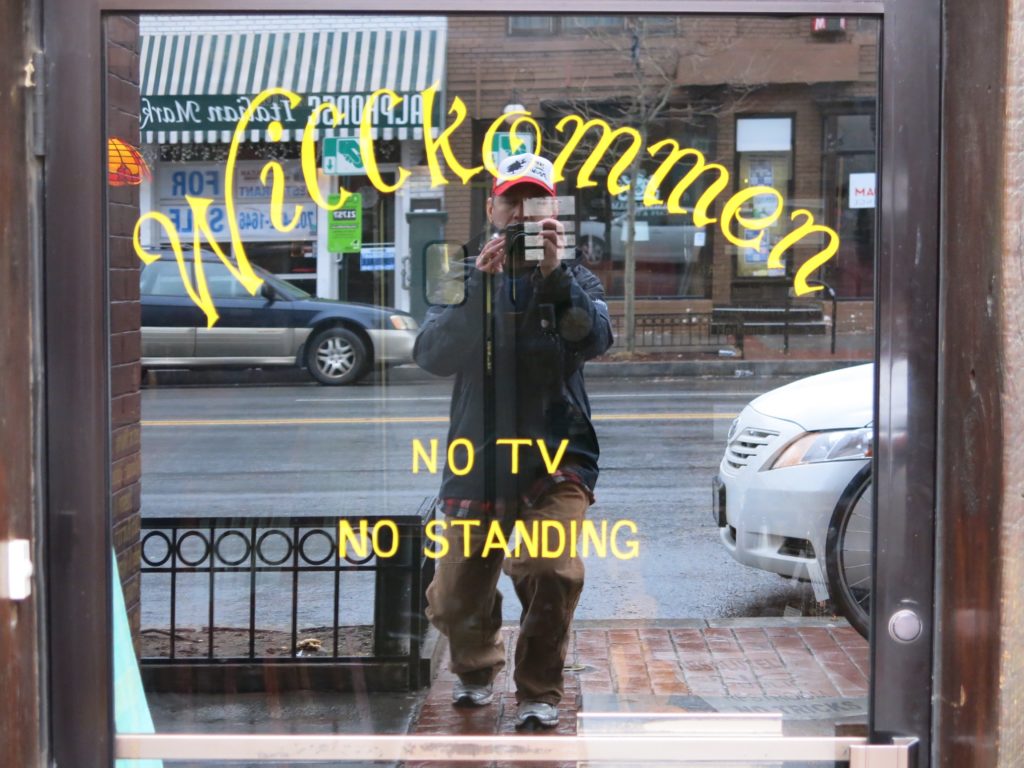 ‘What Happened Here’ by Dan Silverman: Citizen of the District of Columbia

It was a hot day. You could practically see the steam rising from the sidewalks. But it was an even hotter night and Victor didn’t get a wink of sleep. The A/C unit overloaded in his apartment and of course the sirens were blaring like clockwork on Columbia Road, which kept Victor, or Vic as all his gambling buddies called him, up all night tossing and turning. And thinking about Holly, where was Holly tonight? He pulled his last Parliament out of a soft pack and it was cracked. Of course it was. Sleep finally came at 5:34am just as his neighbor’s dog started barking for his morning walk. Vic let out a mighty cough and a mightier curse. Of course it was a good thing for Vic that he did wake because he forgot he left his wallet at the newly reopened Habana Village down the block.

Vic’s flight to Lagos wasn’t to leave from Dulles until 2pm so there was time to get his wallet. Or so he thought. Turns out the International Texas Holdem championship in Nigeria had been pushed up a day and late entries were not accepted. Thank God for push notices thought Vic as he slid his Iphone 4S back into his pocket.

Vic had been training for this tournament for 6 years, ever since his mentor Johnny flash disappeared without a trace. Everyone knew Johnny would never leave without saying goodbye to Vic. Johnny owed money all over town and eventually the milkman always collected his tab. Gotta feed the cows as they say back in Vic’s hometown of Oconomowoc. Everyone not in the know assumed that Johnny was decompressing in Cali where his cousins lived and ran the best Ukulele repair shop on the West Coast. They always bragged that Snoop was a customer. Vic hated Snoop and knew in his heart, Johnny was dead as a doornail. And he knew who did it. He would get vengeance but he needed money for that.

The choice was clear, get his wallet or just grab his passport and fly to Nigeria for the big game? He didn’t give it another thought. Vic splashed some cold water on his face, put on a clean t-shirt and grabbed a cold R.C. Cola from the fridge before bolting out the door. Shit, he ran back to grab his lucky yellow waterproof sports walkman with the autoreverse that he always took on international flights. God he loved that walkman. While he waited for the elevator Vic thought to himself – did I get the Continental fixed? Yeah that’s right his neighbor Jimmy promised to fix it up when when he replaced the wheels on his own whip that got jacked last week. Damn that was a helluva way to wake up. Jimmy still owed Vic two bills but he’d settle that later, he had a plane to catch and vengeance to fulfill.

The door to the maroon Continental opened with a squeak and a powerful smell of stale smoke and old beer hit him in the face like a Saturday night gone bad. But as soon as Vic turned the key in the ignition the sweet sounds of Hank Williams Sr. filled the air and made everything all right.

That was Vic and Holly’s song. They always laughed about it, knowing they’d never leave each other’s side.

He didn’t laugh about it these days.

If he could win the Lagos International – he could avenge Johnny’s death. Or he could get Holly back. Seems Vic had another choice looming.

He eased the gearshift to drive and what the…heard grinding. Vic popped out right quick with a gust of second wind thinking about better days. That’s when reality smacked him in the face. Four flat tires. What the Fuck, Jimmy?!? In his heart Vic knew he couldn’t trust Jimmy but God damn it, he had a soft spot for the guy who introduced him to Holly.

I’m gonna keep drinkin
Til I can’t move a toe
And then maybe, my heart won’t hurt me so
There’s a tear in my beer
‘Cause I’m crying for you, dear
You are on my lonely mind

Just then Vic remembered the Lyft credit that Jimmy gave him instead of the $20 he owed him after a quick game of cut the deck. Jimmy had predictably lost his last twenty to the two tens for a twenty guy outside the CVS near Farragut Square. It was the second time this month he fell for it. Fuckin’ Jimmy, he was a good guy deep down. Vic knew some neighbors were moving soon and needed this spot but he’d leave a message with Jimmy and have him get the Continental towed. He had a plane to catch.

Alas Vic never made it to Lagos. And he never made that call to Jimmy. He pulled out his phone, glanced at his favorite photo of him and Holly in Bermuda, clutched his heart and dropped dead of a massive heart attack.

I’m gonna keep drinkin
‘Til I can’t even think
‘Cause in the last week, I ain’t slept a week
There’s a tear in my beer
‘Cause I’m crying for you, dear
You are on my lonely mind

As Vic laid sprawled out on the curb, his phone rang, it was Holly.

Ed. Note: You can always report a car through their license plate here.

Next
“I know everyone is supposed to be alert when they are walking on the sidewalk, but at the same time it’s not a crime punishable by death to be distracted while walking.”