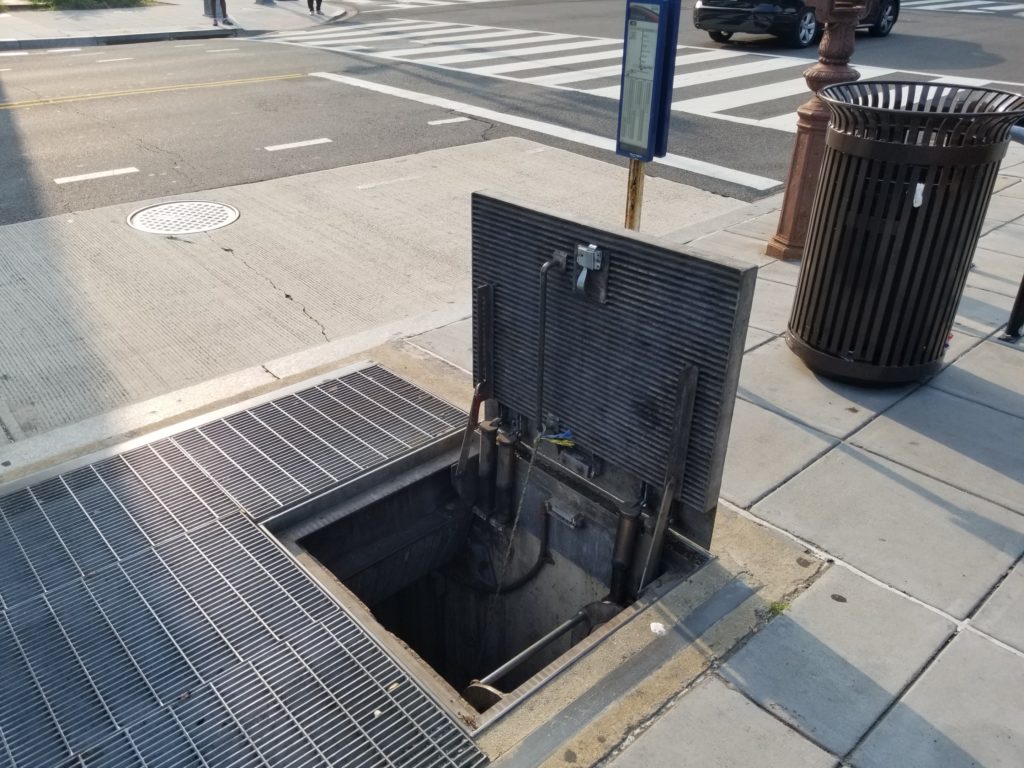 I was a split second from falling into this nonsense. There was no one around and the people working below were so far away I couldn’t even hear them, so I wasn’t even sure if there was anyone down there. This is at the corner of 7th and P in Shaw, super busy pedestrian and scooter traffic on the sidewalk. I waited around for a couple minutes to help block it. It was like at least ten feet down to the first landing, and probably 30 feet down to the concrete platform at the very bottom.

There was no cone, no tape, and no attendant for at least 2 minutes. Then I could hear the guys down there yelling something, so I yelled down to them that there was no one up here watching the hole. Then a guy in a yellow vest came walking around the corner saying that he was in charge but he had to go check the other side also. I told him I needed to make a complaint since they didn’t put any caution signs up, but he wouldn’t give me a name or employee ID. I just know that they were metro workers.

I know everyone is supposed to be alert when they are walking on the sidewalk, but at the same time it’s not a crime punishable by death to be distracted while walking. This is really really unsafe and I’m glad no one was injured. But hopefully wmata will see this and do something about it. That’s a hideous accident and a $50M lawsuit waiting to happen.”