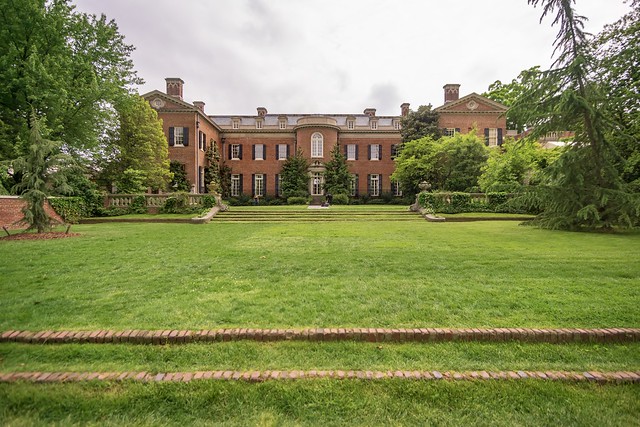 “Today Councilmember David Grosso, chairperson of the Committee on Education, introduced legislation to generate new revenue for the District of Columbia’s budget priorities with a progressive tax on high-value properties.

“D.C. has experienced tremendous economic growth in the past decade, but not everyone has shared in that prosperity,” said Grosso. “Instead, the income and wealth gap has widened in that period and is starkest along racial lines.”

“Every budget cycle, investments in educating our students, ending homelessness, and preventing violence in our communities fall short. A high-value property tax would address racial inequity by raising resources from those most well off to fund public investments to lift up those who have been left behind,” said Grosso.

Currently, residential property is taxed at 85 cents per $100 of value, prior to deductions for principal residences and for senior citizens. Residential Real Property Taxes Equitable Alignment Act of 2019 would create two additional marginal rates for high-value properties, taxing $1.25 for every $100 of value over $1.5 million and $1.50 for every $100 in value over $5 million.

“The richest 1 percent of D.C. households pay less in property taxes as a share of family income than households at any other income range-just 1.7 percent compared to 3.6 percent for our lowest income families. My proposal makes our property tax structure more equitable by increasing the rates on those at the top,” said Grosso.

Grosso originally planned to offer the legislation as a budget amendment but decided to introduce it as a standalone bill to continue the public conversation.

“I appreciate the public engagement I have received on this issue since I first raised it as part of the Council’s budget working session last week. I have made changes to the original proposal based on that input, but believe we need to consider additional revenue streams to aid those who have not reaped the benefits of our city’s economic growth. I hope the public continues to share their thoughts through the traditional legislative process on this measure and other options for raising revenue.”

Councilmember Brianne Nadeau joined Grosso as a co-introducer of the legislation.

The legislation will likely be referred to the Committee on Finance and Revenue, chaired by Councilmember Jack Evans.”

More Stories
“Are other schools having this problem too?”Sweet City Ride