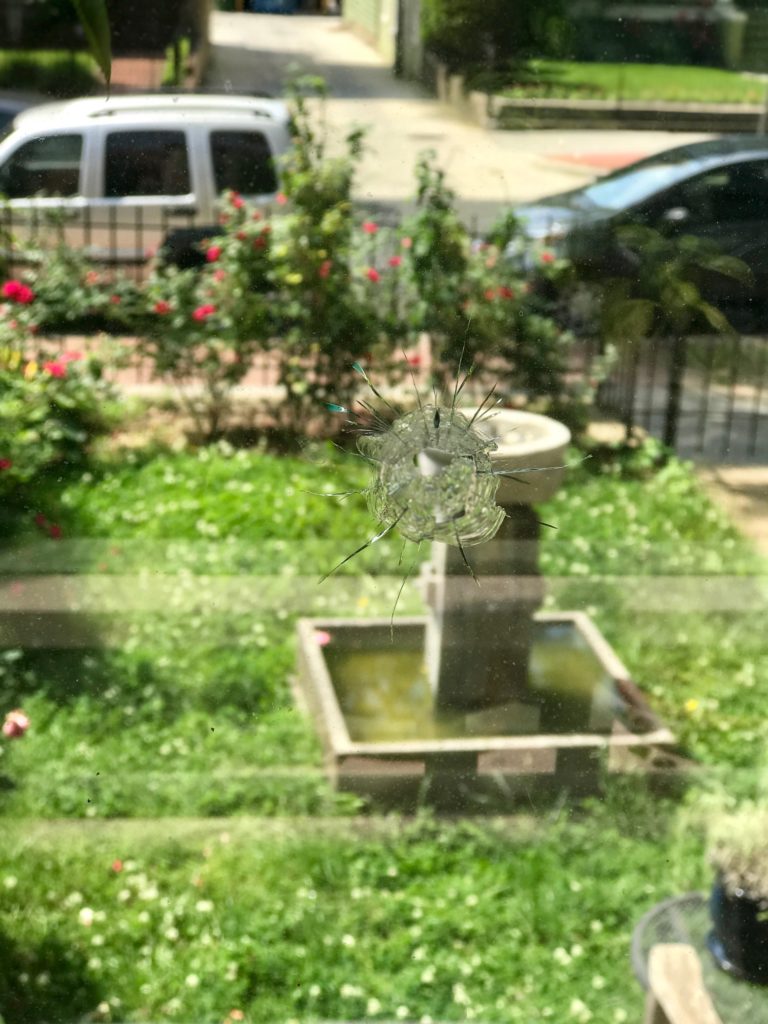 “A forensics team came to our house to take photos and collect the bullet, which ended up in our downstairs bathroom. The officer said it looked like a 9 mm. As they were leaving, the forensics team spotted two additional bullets on the curb outside of our house. They noted that on Friday, a suspect was standing at the end of the alley across from our house and firing at a car that was driving in our direction, so these were likely stray bullets from that incident. Because the hole in our window was behind a plant, and the hole in the wall was in a painting, we did not spot them until yesterday.”

I wrote Lizzie to get a few more details about what exactly happened and just heard:

“The shot went through our double pane front window and came through very cleanly through both panes of glass, meaning that it was coming up very fast speed and was not a BB gun or stone. The police were helpful in searching the area for the bullet but after a period of time we could not find it and they left. I found a bullet in the wall just now, and I’m waiting for them to call me back and come over to take a look.

We found the bullet – it went through two panes of glass, an artwork, a wall, and hit another wall. We also figured out that it did not happen yesterday- most likely it was a stray from Friday’s shooting. They are sending someone over now to extract the bullet and will analyze it to know for sure. 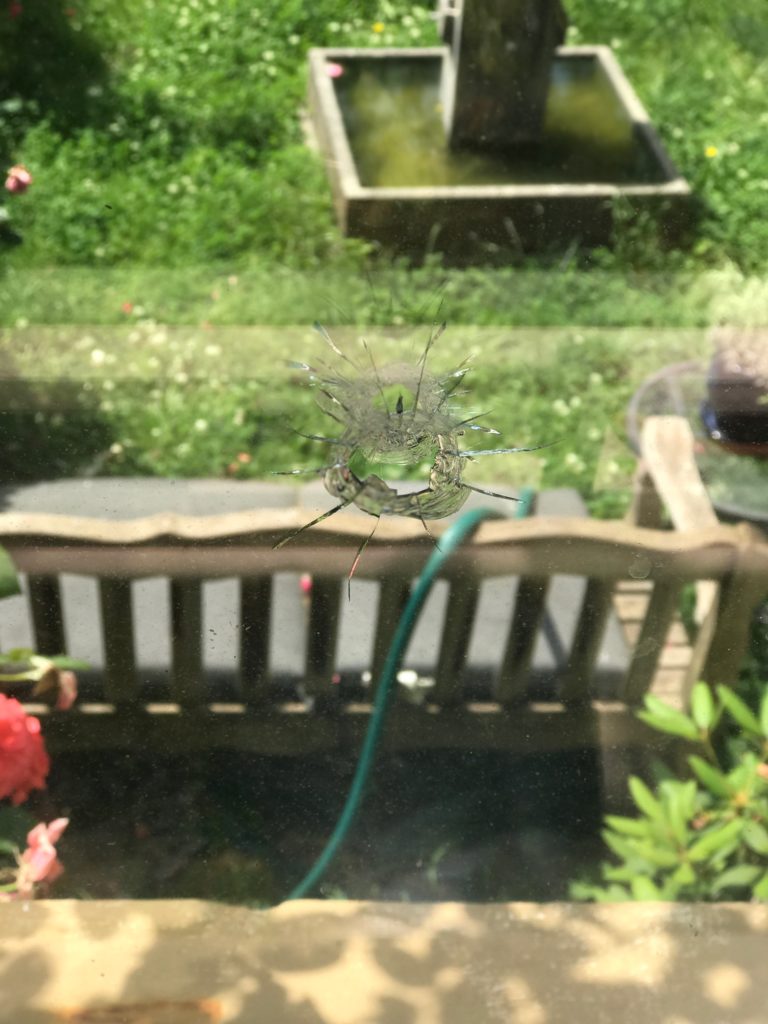 I have a 3 year-old son and it happened right where we keep his toys. The gun violence in our area has been out of control, and we are now seriously considering leaving the area.” 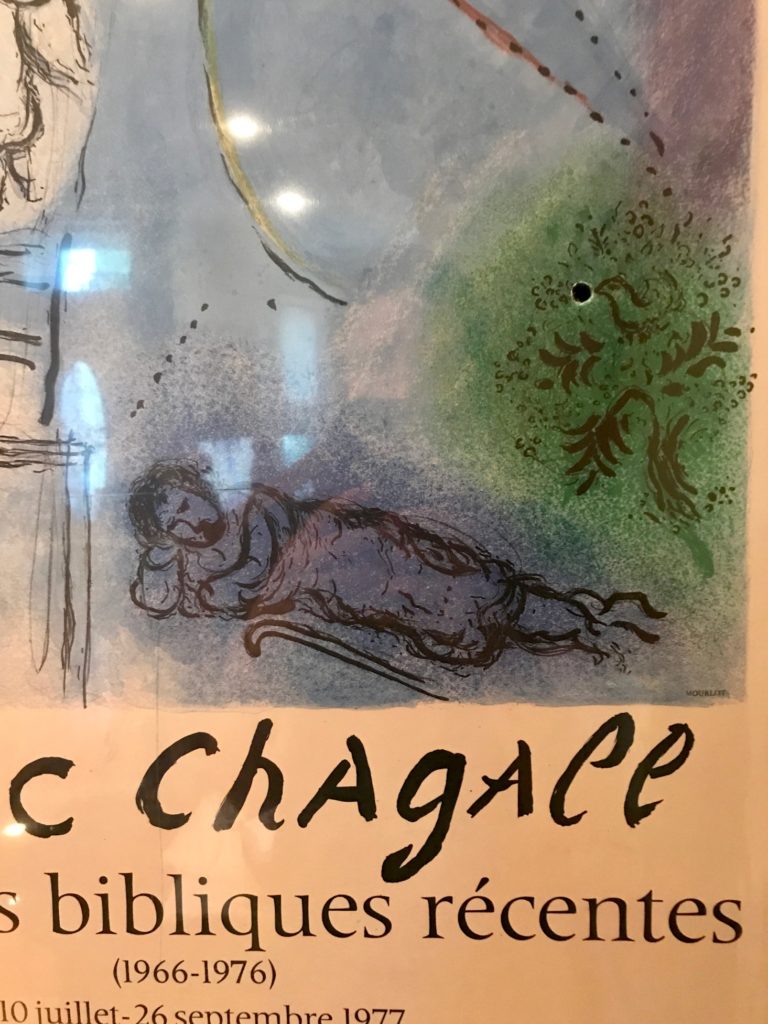 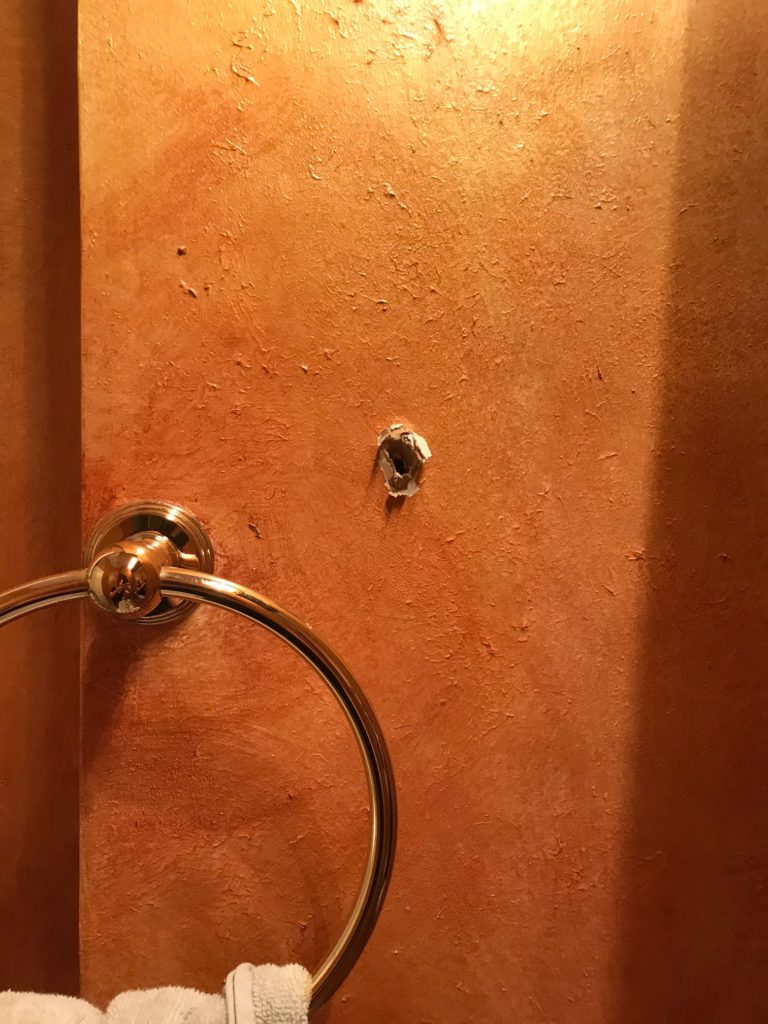