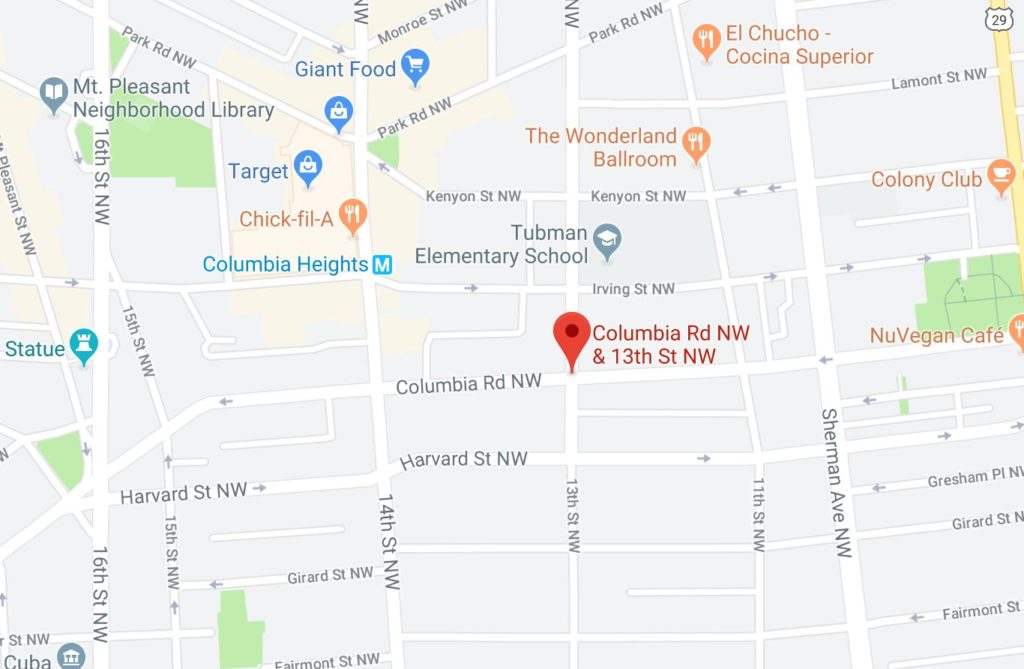 A reader reports more gunshots from 13th and Columbia around 4:30pm:

“someone emptied a clip really really close by. Heard one, than another, and then about 9 more really fast.”

“The Third District is currently investigating a shooting which occurred just after 4:30 p.m. in the south alley of the 1300 block of Irving Street, NW. Two adult males sustained non-life-threatening gunshot wounds, and were transported to a local hospital in serious condition. Police units were in the area at the time of the shooting and rendered first aid to the victims immediately after the event. Officers canvassing the neighborhood did recover a handgun discarded by one of the suspects during his flight, as well as a vehicle stolen from suburban Maryland. The Department of Forensic Sciences is currently processing the crime scene, and the 1300 block of Irving Street has just been reopened Traffic is still heavy in the area, and we recommend avoiding the area for the next hour or two.

If you have any information regarding the shooting, or if you have video that covers this area of the surrounding block, please check you video to see if your camera caught any part of the offense or potential suspects running from the area at about 4:30 p.m. If so, please contact the Metropolitan Police Department’s Command Information Center at 202-727-9099, so that a detective can speak with you.

Additional resources are currently being deployed in this area to try to stem any further crime or act of retaliation related to this offense, to include patrol officers and members of the Crime Suppression Team.

Please be assured that the MDP/Third District is already working hard to identify the suspects in this offense and remove them from your community. Your support in this endeavor is greatly appreciated.”

more stories
Previous
Jazz In The Garden Kicks Off at 5pm!!

Next
If You’re Looking For Breaking News over the Weekend