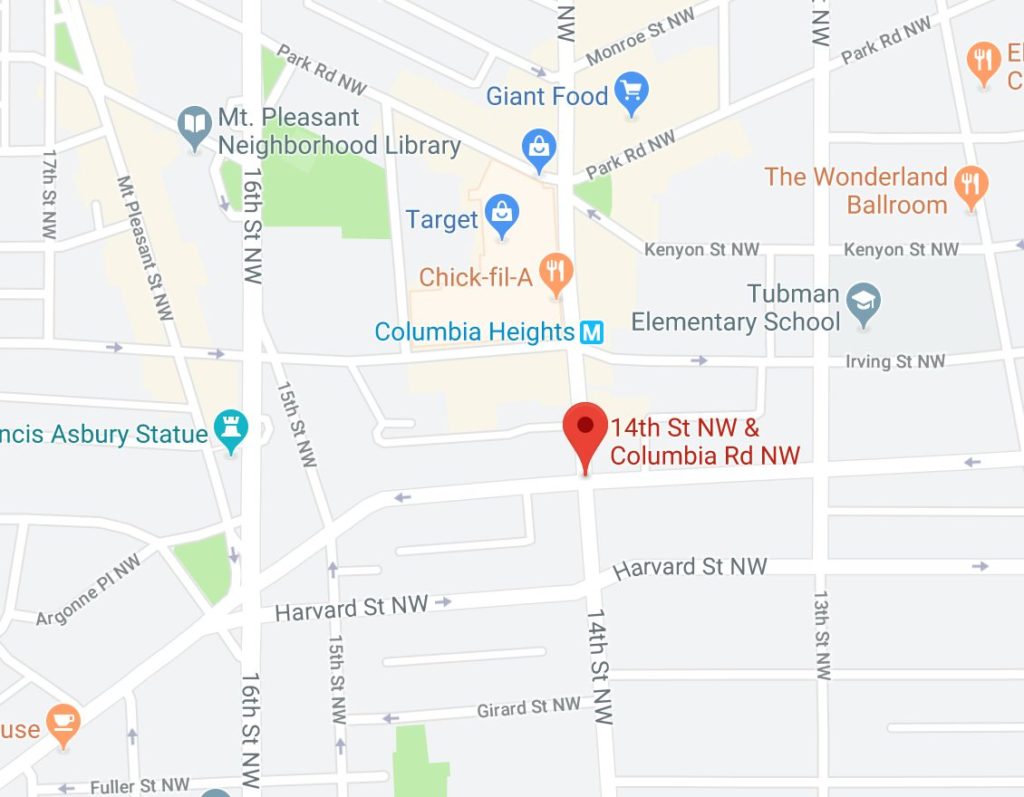 Ed. Note: Regarding the earlier shots fired at 14th and Harvard, MPD provided the following update:

“Good evening. We are continuing our investigation into the incident earlier this evening. We encourage anyone with videos to contact us at 202-727-9099.

As an update, while canvassing the area for victims and/or suspects, members of our Crime Suppression Team stopped a juvenile male in the 1300 block of Irving Street NW. The male was in possession of narcotics and a loaded 9mm handgun.

He was placed under arrest without incident. At this time we do not believe that the juvenile or the weapon that he was in possession of are related to the gunshots on 14th and Harvard but we will analyzing forensics.

Our officers will continue their efforts to get these illegal guns off our streets.”