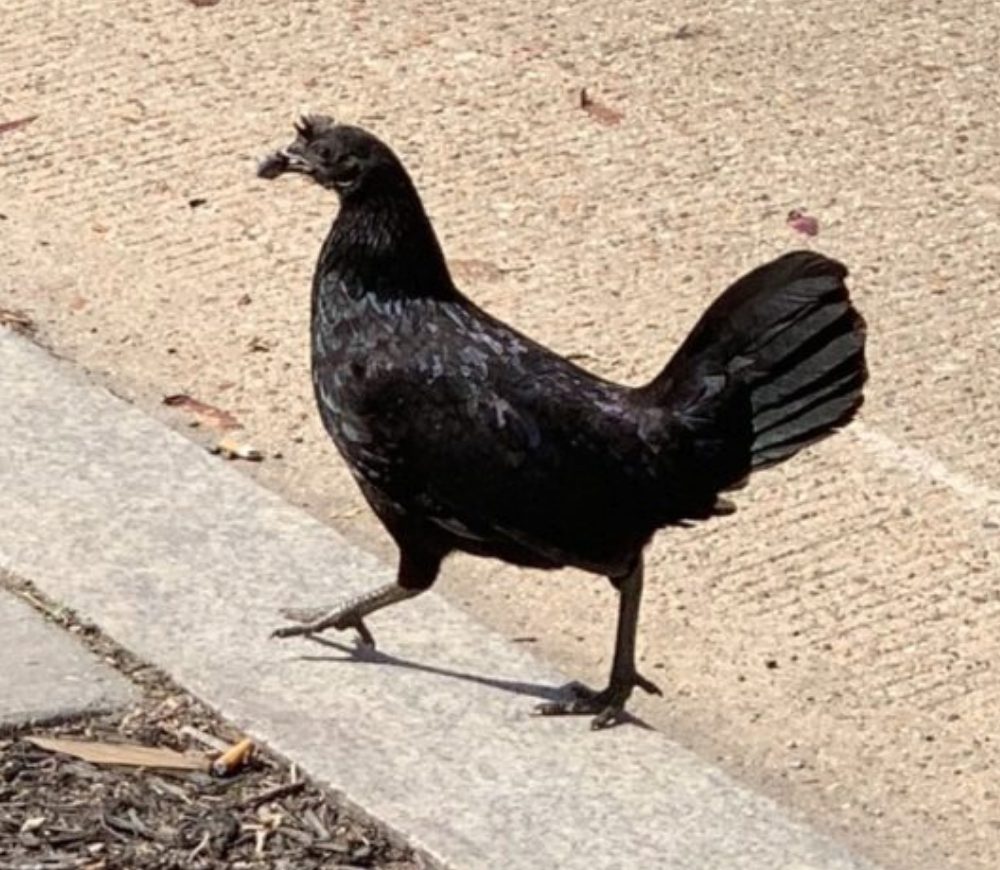 “Since spotting her in the area, PETA staffers have been visiting Henrietta, as they named her, near her nesting tree each morning with bags of chicken feed–and just today, they flew into motion and managed to catch her while she was fast asleep in her nest, possibly after a hard night of dealing with wind and rain. Now, we’re happy to report that Henrietta has been whisked to a safe haven at the Poplar Spring Animal Sanctuary in Maryland, where she’ll have friends, space to roam, and all the chicken feed that her heart desires.

“Chickens don’t belong in the city, so PETA is thrilled to have been able to give this little lost hen a safe and happy next chapter of life,” says PETA Vice President Colleen O’Brien. “We encourage everyone who’s moved by this story to spare a thought for other chickens, who are as capable and inquisitive as Henrietta, and leave them off their plates.”

Next
Oh No, Bharati, “Indian Culinary Experience”, Papered Over