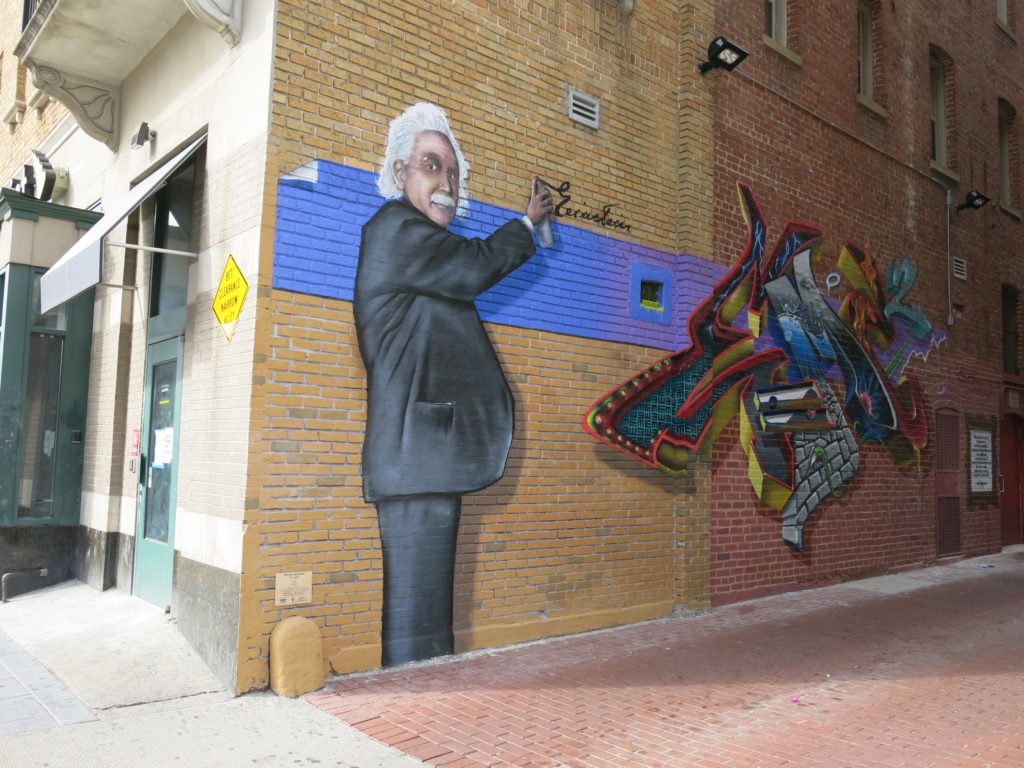 Thanks to Bill for passing on “I thought Kent’s message here was pretty thoughtful and addresses some of the key challenges and tensions in Columbia Heights right now.”

“The ANC members continue to work with officers, get to know them, and advocate for officers to walk our neighborhoods. We attend the Police Service Area Meetings when they are scheduled and many of us have developed strong relationships with our officers. What has changed in the 8+ years since you were on ANC1A isn’t the commitment of Commissioners or our dedication. We work very hard on public safety issues, often without the support we need from above.

While some of the challenges we face in effective policing are logistical (i.e., changing officers due to promotions and retirements, changes in MPD police district and PSA boundaries), the real challenge we face is changes (good and bad) in what our officers are allowed to do, largely based on political decisions from the Council.

Frankly, when it comes to public safety in Ward 1, I do not believe we have an effective advocate in the Wilson building who can articulate a sound policy that balances the rights of residents with the responses from our police and social service agencies. Yes, we now have the NEAR Act which I voted for on the ANC and which I wholeheartedly support. But we are not going to see the benefits of the ACT immediately, and even when we see the full benefits of the NEAR Act in the coming years, there will still be an appropriate role and need for police.

What we need is an honest community dialogue on public safety and crime. We need to know what role the police play, what role residents can play to assist, and what role our agencies will play. We need to fully fund the NEAR Act and our social service agencies — and with the agencies that focus on addiction, homelessness, etc., in addition to funding we need to expand staffing. A quick look at the annual budget shows that our government is mostly talk about the need for these agencies but short on funding these critically essential services and their staffing.

What we don’t need are Councilmembers who are more concerned with pandering and sticking to a political message or ideology than actually being open and honest about what is happening in and to our communities. I get it, though, as politically public safety is considered a no-win proposition.

For example, when Chief Lanier centralized vice police and removed them from our neighborhoods, her rational was that the open air drug markets in our neighborhoods were largely gone. Following a homicide on Georgia Avenue a few years ago, I spoke up at a public community/police meeting about the need to have plain clothes police officers back in our communities. The following day, I received a phone call from our CMs office telling me how disappointed they were that I was advocating for jump out squads. To be clear, I did not and do not support jump out squads. But I do advocate for officers (uniformed and plain clothes), who walk our streets, get to know the residents, and to gather accurate information so that they know what’s what in our communities. If we want MPD to effectively do their job without profiling and bias, then they need sound intelligence. I know that I and several neighbors frequently share the intelligence we gather with MPD, but many do not … and engaged neighbors should not be the only way our officers get to know what’s going on in our communities … and guess what, several of the open air drug market hot spots in my community have returned over the past few years.

Similarly, we are now in a debate about stop and frisk which has been packaged into a political soundbite. On this issue, I agree that indiscriminate and bias-based stop and frisk is wrong and should not be tolerated. I question, however, with the recent and indiscriminate use of illegal guns in our community, where the line is drawn for our officers to act when they have good intelligence that an individual has an illegal gun? Do we allow the police to stop someone when they know they have a concealed gun, or will that be used politically against MPD as one more example of Stop and Frisk and why it needs to stop. We all rejoice when MPD sends out emails on their listservs announcing the recovery of more illegal guns, so where do we draw the line which allows them to do so?

This is why I want an honest dialogue between all stake holders. Public safety and human rights are both things I hold dear and I believe we can have both. Public safety is too important to politicize and too complex to idealize. It is time for honesty to be the bedrock of this conversation.