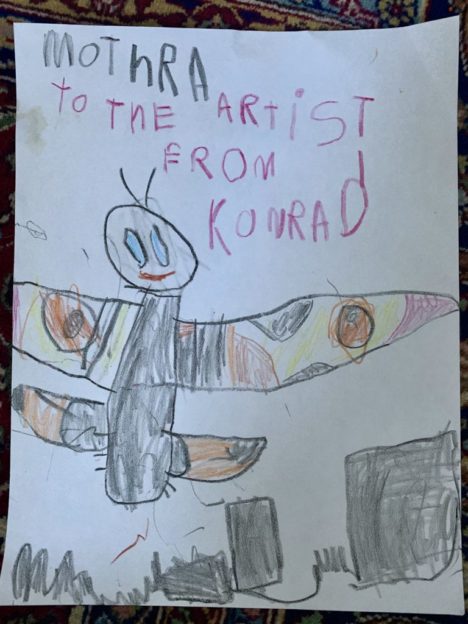 As you know, Zeppelin restaurant on 9th and Q has been in the process of painting an awesome monster mural on its wall over the last few months. My son, Konrad, attends Seaton and we walk by the mural everyday to and from school  – I should add that he is also a huge fan of all things monster (we have a godzilla poster in our kitchen, so it might be genetic). As the mural was going up Konrad had daily conversations with the artist, and he was really happy to see King Kong and a gigantic octopus join Godzilla in the mural. But, there was a problem: Mothra had been left out.

Konrad kept asking about Mothra and would point out that there was plenty of space on the wall left to add the monster, but we learned that unfortunately Mothra wasn’t in the plan. So, one morning a couple weeks ago, Konrad drew a picture of Mothra to give to the artist so that he’d know what she looks like. We dropped off the picture, and Konrad made his case. Earlier this week he had another conversation with the artist and Zeppelin’s owner after school, and yesterday his advocacy paid off.

I want to give a shout out to the owner and the amazing artist Patrick Owens – they made this little boy’s monster dreams come true. And as a 13 year Shaw resident, I also want to say that this is just one example of why we love our neighborhood and why this community is so special.” 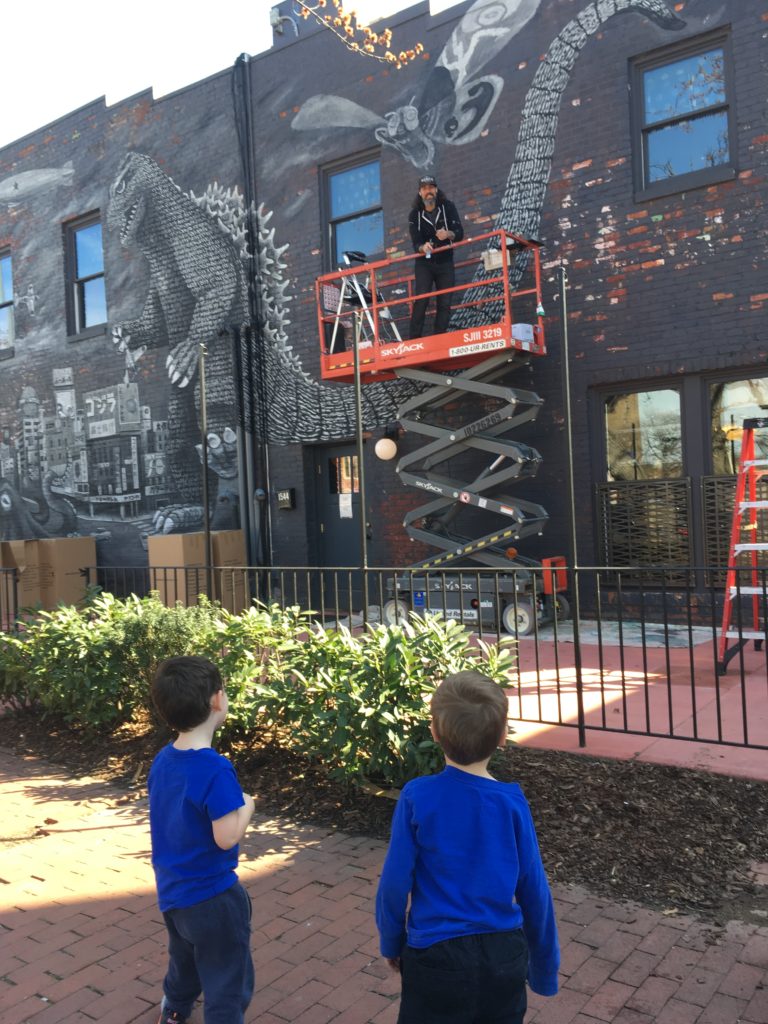