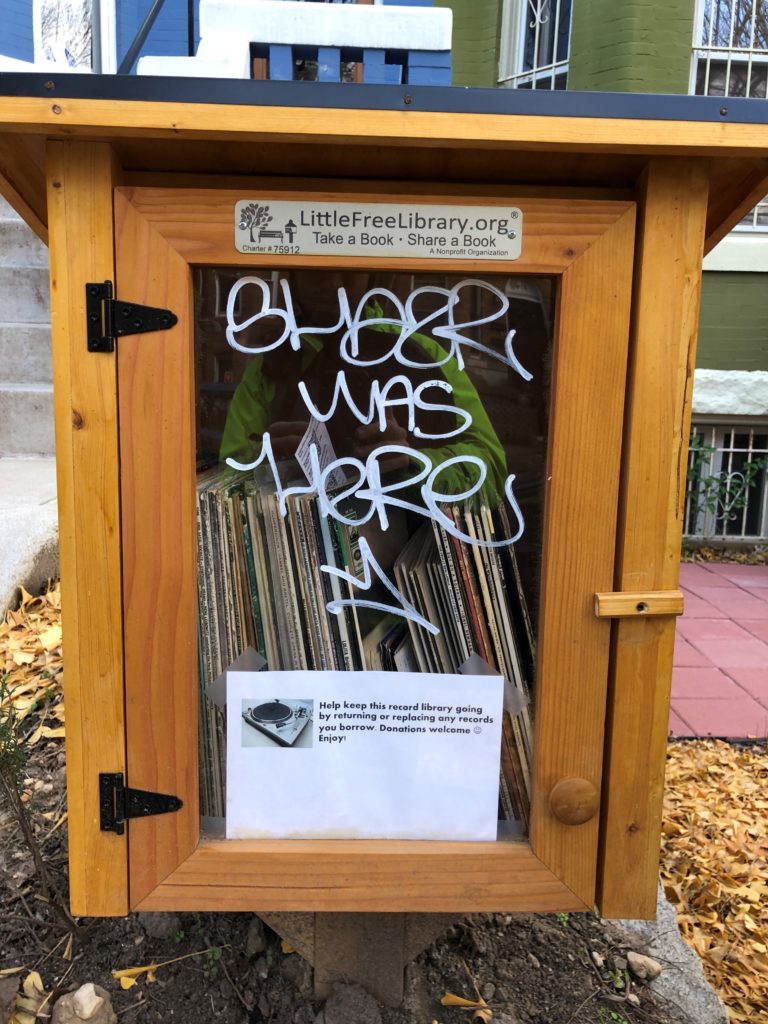 Of course some jackwagon tagged it but still!!

Good thing from this weekend: I finally got my Little Free Record Library up and running. It’s been getting a lot of use.

Bad thing from this weekend: Somebody decided to let me know they were there. Anybody recognize this tag?

Ed. Note: I was thought this was awesome so I asked Josh a couple questions which he responded to:

“I had been thinking about it for 6 months or so, but it took awhile to get around to it. I figured that people get bored of their own music (I certainly do) and so it might be a good way to just informally trade so you could listen to something else. It don’t seem to get any “nice” records, mostly ones that aren’t that valuable but are still good listening from time to time. I just bought a standard little free library and took out the middle shelf.”

It’s located on 18th Street, NW between Kilbourne and Lamont.

Read more →
More Stories
“The project will be a three-level, 75,000-square-foot structure located in the Fort Totten community. The exhibition will feature a new immersive narrative with uniquely interactive art experiences.”Today’s Rental boasts “Vintage living at its best!”