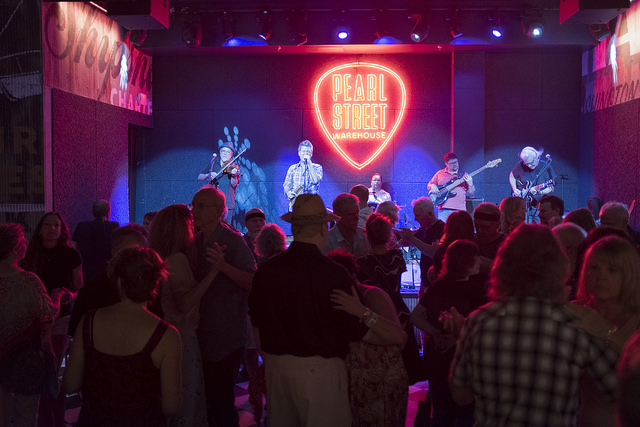 “Today, Mayor Muriel Bowser announced the appointment of Shawn Townsend as the Director of the Mayor’s Office of Nightlife and Culture. Mr. Townsend most recently served as a Supervisory Investigator at the Alcoholic Beverage Regulation Administration (ABRA) where he led a team of six investigators. He has extensive knowledge and work experience engaging with nightlife establishments to resolve challenges and leading business training and engagement opportunities.

“We are excited to welcome Shawn to the Office of Nightlife and Culture where he is going to help us ensure our city’s growth is benefitting more DC residents and local businesses,” said Mayor Bowser. “Together, we’re going to work with the community to overcome challenges, create new opportunities for Washingtonians, and spread prosperity across all eight wards.”

Prior to becoming an investigator at ABRA in 2014, Mr. Townsend worked as an investigator at the DC Office of Police Complaints as well as at the District of Columbia Public Schools. Before joining DC Government, Mr. Townsend was instrumental in launching and managing a bar and lounge in Charleston, South Carolina; through this experience, he gained an inside knowledge of the nightlife industry.

“I introduced the bill establishing this office because the District needs an entity in our government that can think strategically about the nightlife industry’s growth and development,” said Ward 4 Councilmember Brandon Todd. “With Shawn Townsend, Mayor Bowser has found an individual with the experience and perspective necessary to lead the Mayor’s Office of Nightlife and Culture in pursuing this important mission. I look forward to working closely with Director Townsend and I congratulate Mayor Bowser on selecting an eminently qualified individual to do this critical work.”

In October, the Mayor signed the “Office of and Commission on Nightlife and Culture Establishment Act of 2018,” establishing the District’s first Office of Nightlife and Culture. The new office will promote efficiencies for the District’s after-hours economy by serving as a central point of contact between DC Government, the nightlife industry, and District residents. The legislation also establishes a 15-member Commission of Nightlife, which will be comprised of government, private-sector, and community representatives. The commission will advise the Mayor, the Director of the Office of Nightlife and Culture, and the DC Council on policies that effect nightlife establishments and the creative economy. The Commission of Nightlife will meet quarterly to review regulations, common complaints, public safety concerns, and other relevant issues.”