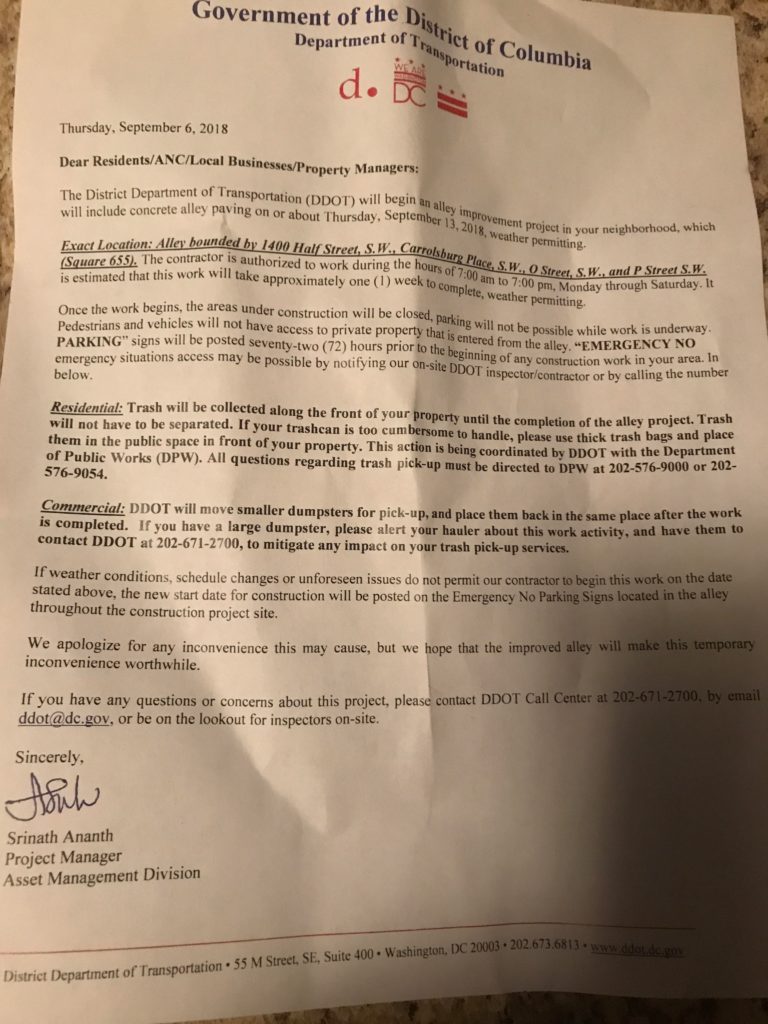 I received the attached letter in the mail this week about the alley improvement project hitting my alley this week.

I live 2 blocks from both Nats Park and Audi Field and both of those stadiums have events during the time covered. When Bowser announced that the State of Emergency yesterday I remembered the letter said “weather dependent” and I called DDOT to confirm no work would be done due to that state of emergency.

The woman I encountered was rude and unhelpful. I won’t post her name here, but she basically said “The letter said weather permitting, so if you had read it you would know the answer and wouldn’t have to call.”

What do I seek from this letter? Wondering how others who have had their alleys improved found the DDOT schedule with rain and such. I basically just want to know when me and my 50+ neighbors will be able to utilize our parking given the fact that street parking will be completely full due to the games this week. if we leave our cars in spaces will they be towed?“

more stories
Previous
“Seems the scammers are out trying to get in their scams in before the hurricane.”