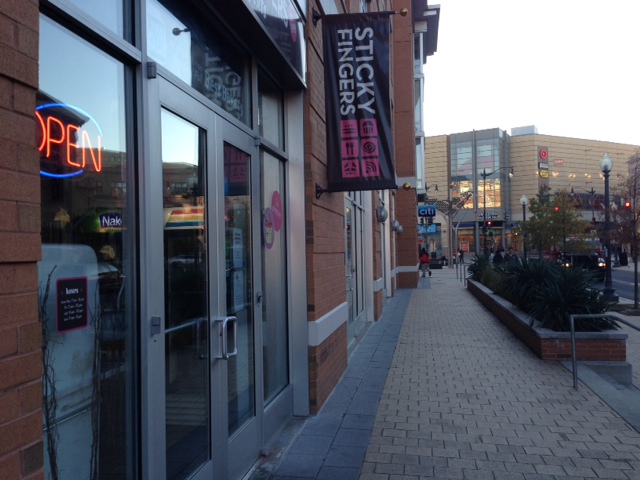 1370 Park Rd, NW across the street from Giant

“I’m writing to share the news that Sticky Fingers, D.C.’s original vegan eatery in Columbia Heights, will debut a modernized look and streamlined menu later this month. The award-winning bakery and cafe from Doron Petersan received a 2017 Great Streets Small Business Grant, and will put that investment toward the revived space. The grant is part of a competitive program that supports economic development in 13 corridors throughout the district, and assists small business owners in improving their storefronts and surrounding neighborhoods.

Sticky Fingers launched in 1999 and opened its current storefront in 2006 with a retro design reminiscent of a 1950s kitchen. After closing for renovations from August 20-24, the shop will reopen on August 25 with a new look from Streamline Construction that incorporates light, bright colors, modern finishes and a clean, open feel, while maintaining a touch of vintage charm.

In addition to its facelift, Sticky Fingers will introduce a scaled-down menu focused on its popular vegan sweets and breakfast/brunch options, and will also expand its selection of cake designs. With this reworked menu, Petersan seeks to fill a need in the dining market for vegan restaurants that serve all-day breakfast. Her plant-based diner, bakery and bar Fare Well on H Street currently offers breakfast all day as well.

Also new as of September 10, Sticky Fingers will be open on Mondays from 8am-8pm.”