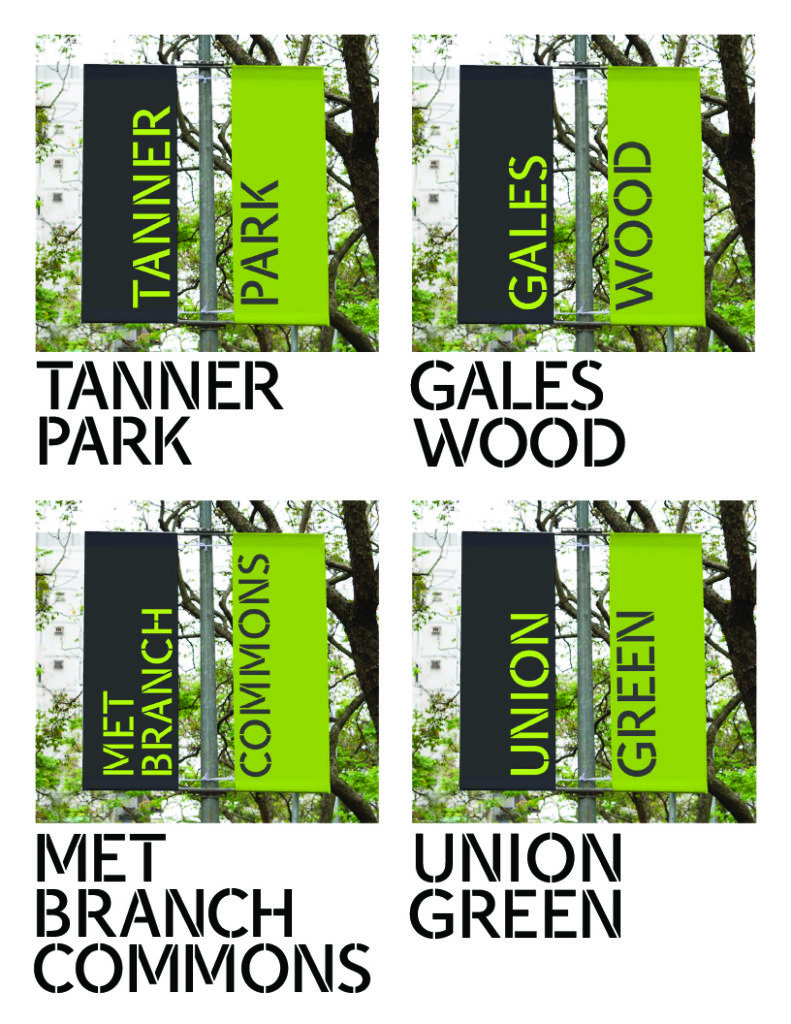 “NoMa’s largest park, located along the Metropolitan Branch Trail (MBT) and Harry Thomas Way NE, is gearing up for construction later this year. Consistent with the wildly successful naming of Swampoodle Park (at 3rd and L streets NE), the NoMa Parks Foundation is relying on the input of community members to identify names to suggest to the DC Council and Mayor Muriel Bowser. The proposed names for the “NoMa Green” are: Gales Wood, Met Branch Commons, Tanner Park, and Union Green. Take the survey to vote.

Previously, the NoMa Parks Foundation received 112 submissions from community members, collected at a community meeting and through online outreach. To ensure the broadest community involvement, the survey to vote on the final selection is online and was also mailed as a postcard to neighbors in the immediate vicinity of the park. From among the most popular names, the list has been narrowed to the four final selections. Please vote! The survey closes June 15.

“NoMa Green,” the temporary working name of the park, is a 2.5-acre park that will serve as the neighborhood’s “backyard,” providing open space for informal recreation, relaxation and community gatherings, as well as a dedicated playground for children and a dog park. The NoMa Parks Foundation solicited and has received a great deal of community input over several years about neighborhood aspirations for this large green space. Outreach included more than eight community meetings, attendance at ANC and Eckington Civic Association meetings, and online input about “NoMa Green.” Goals shared and implemented in the selected park design include a strong connection to the Met Branch Trail, a large flexible green space, a dog park, and a meadow.

Tanner Park — Named for Alethia Browning Tanner (c. 1785-1864), a former slave who purchased her freedom and that of many relatives. She helped sponsor some of the first schools for black children in the District of Columbia and provided financial support for many hundreds of young people to gain access to education.

Gales Wood — The land that became the present-day Eckington neighborhood was the country home of Joseph Gales Jr. (1786-1860), a newspaper publisher and Mayor of Washington. After the Civil War, the area was known as “Gales Woods” and was a popular picnic ground.

Met Branch Commons — This name acknowledges the adjacency and the integration of the Metropolitan Branch Trail in the park.

Union Green — This name reflects the history of the site, which became a rail yard after the combination of the B&O Railroad and the Pennsylvania Railroad at Union Station. This merger enabled the creation of the National Mall.

Please view signage mock-ups with each name and take the survey here. The final contender will be recommended to the DC Council and Mayor, who will make the ultimate decision.

Read more →
More Stories
Where Have All The Dockless Bikes Gone?Ask and you Shall Receive “The enhanced signs provide information in a clearer format to help residents understand exactly when parking is restricted.”