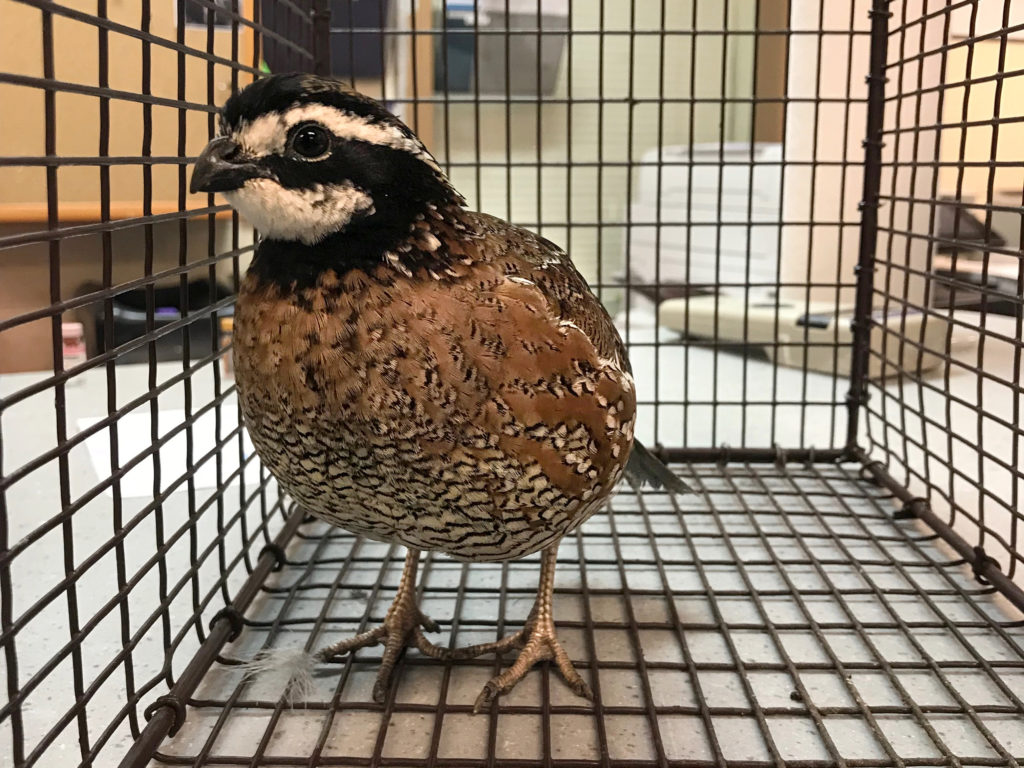 I volunteer at the New York Avenue location of the Humane Rescue Alliance on Sundays and I noticed a familiar face yesterday. A Bobwhite Quail, matching the description of Robert of Tenleytown had been picked up by an animal control officer. I told staff about the PoPville post about Robert, and they confirmed he was indeed found in Tenleytown. They determined that he is too tame to released into the wild so he is under their care and will be adopted out, likely to a rescue. Also, they decided to keep the name Robert.

Some commenters were (rightly) concerned about Robert’s ability to survive alone in the city, so I thought they might want to know that he is safe.

Oh, I forgot to mention–they said it’s illegal to keep Robert as a pet in D.C. so he’ll be adopted out to someone outside of the city.”

And more on the backstory from the Tenleytown listserv:

“The mystery is solved. The bobwhite that many of us have been seeing and interacting with is NOT a wild bird. A couple living on Grant Road ordered quail eggs from a breeder with the objective of having a little covey in their backyard. Four grew to adulthood, but they didn’t stay in the yard and have wandered out into the neighborhood. It’s not clear whether the one we’ve come to call “Robert” is really just one bird, but we do know that only the male makes the loud “bob-white” call. Robert spent a lot of time in my garden on Friday. He’d become bolder with his “herding” behavior, and was rushing at my sandaled feet and pecking my toes–don’t know if he was being friendly or trying to scare me off. I didn’t see or hear him yesterday.”