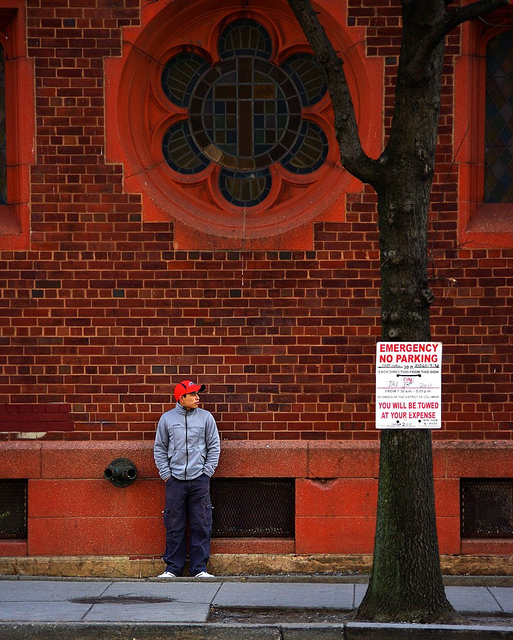 I have a sincere question: is there some sort of DC law that a car owner must check on their parked car every single day (if parked on a public street)? I parked my car on Sunday afternoon (3pm) on a residential street in my neighborhood where I have parked many times before. My registration and tags are current, and I have the appropriate zone sticker. There were no-parking signs up, but they had expired and were for the previous week (ending the Friday before the Sunday that I parked there). On Thursday I walked by the street where my car should have been, and it was no longer there, and there were NEW no-parking signs indicating that there was no parking allowed for the current week, starting on Monday. My car had been ‘relocated’, and I had 4 parking tickets from the original parking spot totaling $250. The first ticket was received on Tuesday morning, the second on Wednesday, and then the 2 remaining tickets were received on Thursday (the day my car was towed to a new spot, and one of the tickets was for a relocation tow). I believe the no-parking signs were put up the construction crew of a new building being built across the street from me.

My question is twofold:

1) How can this be legal?? Unless there is some sort of (absurd) law saying I have to check on my car every single day, I don’t see how this can be legal. I parked on a Sunday afternoon, and the following day the entire street became a no-parking zone, less than 24 hours later. This seems absurd to me that residents don’t receive more notice that a street will become a no-parking zone. Yes, I checked on my car 5 days after I had parked it, but is that really that uncommon in a congested city where many people commute with public transportation?

2) What is the best way of contesting this? Aside from taking photos demonstrating that there are no current/valid no-parking signs every single time I park somewhere, I don’t know how to prove that I was legally parked and that whoever posted the signs did not provide the mandatory 72 hours notice.”