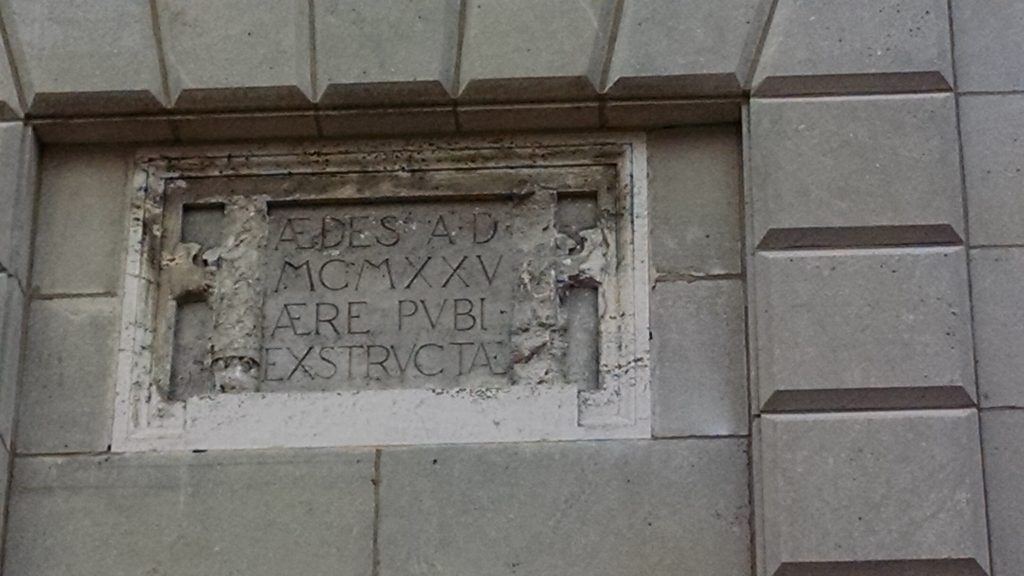 I’ve been watching the condominium conversion of the old Italian Embassy at 16th and Fuller in my neighborhood and an interesting detail appeared a couple months ago. On the side of the building facing Fuller there’s a window frame detail that wasn’t actually a window, and at the top there has always been a plastered over rectangle that looked like a hole that had been cut for an air conditioning unit. That rectangle had always been messily plastered over. A couple of months ago they cleaned up that little rectangle and it appeared to have writing in it so I took a couple photos (attached). It appears to be a dedication plaque in Latin, with the year 1925 written as MCMXXV.

Each side of the plaque is decorated with an object that looks like it was damaged, but it is pretty clearly the pre-WWII symbol of the Italian Fascist Party, the Fasces (bundle of rods) with an axhead attached. I’ve copied an image of the symbol from Wikipedia below. 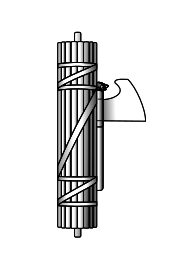 Mussolini came to power in Italy in 1922 so this appears to be a symbolic detail to represent Mussolini’s fascist government.

I’m curious what the builder of this high-end condo is going to do with this plaque. It’s not as obviously offensive as a swastika, so I think they might consider an interpretive sign or plaque that explains it. It’s historically significant, and I think this building is in a historic district. I’m also curious what the translation of the Latin wording is.” 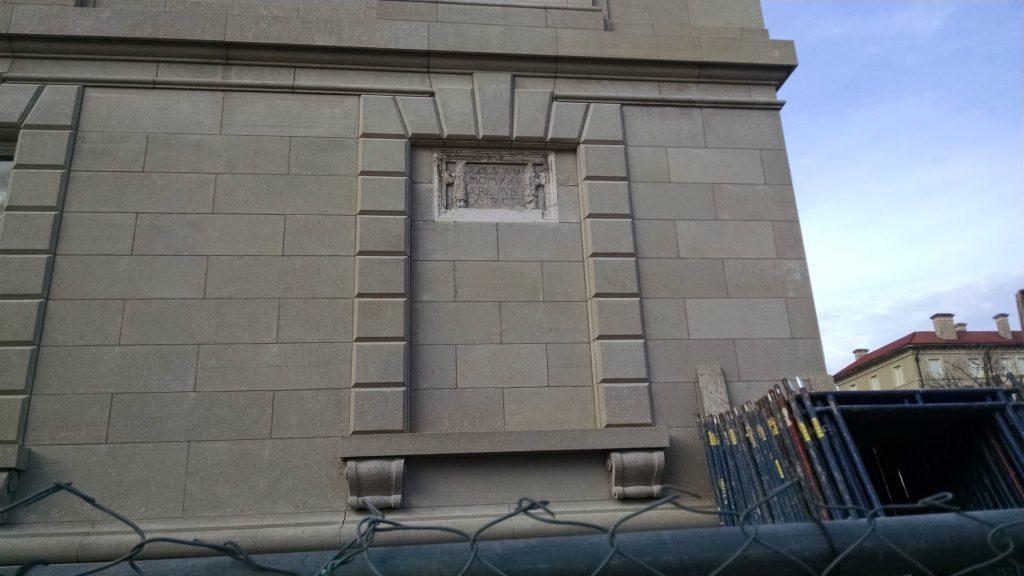