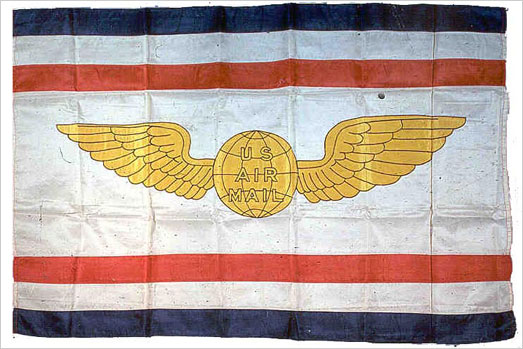 This exhibition commemorates the 100th anniversary of the first regularly scheduled airmail flights. In partnership with the United States Postal Service and the American Philatelic Society, the museum will host a variety of onsite programs celebrating opening day. These programs are free and open to the public. 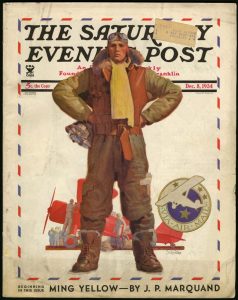 Beginning on May 15, 1918, a small group of army pilots carried mail along a new route linking Washington, D.C., Philadelphia and New York. Well before the rise of commercial aviation, these brave men risked their lives in order to expedite the postal system.

At 11 a.m., USPS will conduct a First-Day-of-Issue Ceremony for the airmail centennial commemorative stamp. The stamp mimics in design and style the stamps released in 1918 also celebrating those first flights. Witness this special dedication ceremony and be among the first to obtain these postage stamps.

At 12 p.m., the museum welcomes Kellen Diamanti and Deborah Fisher for the release of “Stamp of the Century.” This publication chronicles the fascinating history of the notoriously erroneous and sought-after “Inverted Jenny” postage stamps. The authors will be on hand to talk with visitors and sign copies of their book, which is available for sale in the museum shop.

The museum will also offer a self-guided scavenger hunt of airmail artifacts throughout the museum, including an original de Havilland DH-4 airplane flown by one of the pilots featured in the exhibition. Additionally, a gallery activity allows visitors to experience vintage games illustrating the impact of airmail on American culture in the early 20th century.

Read more →
More Stories
It’s Come to This12 Of Our Favorite Events in D.C. This Week