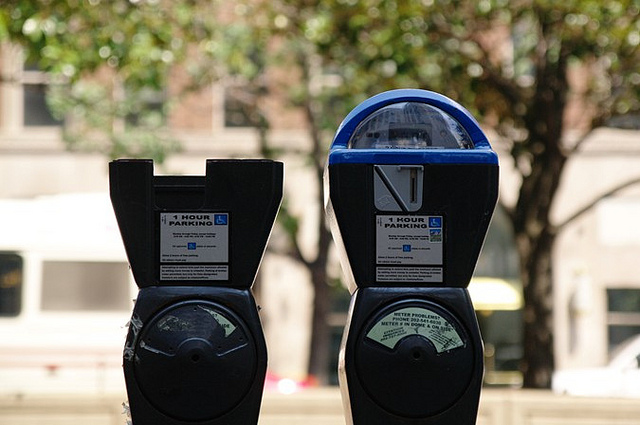 When a DC street parking meter is broken, how do you avoid a ticket AND officially register a request for repair? I know how to request a repair, dialing 311 gets you to the central phone line for DC parking meter repair requests but the voice mail states reporting a broken meter will not excuse a ticket. I’ve had a couple incidents lately where meters were broken, and I’d love to hear anyone’s experience with this regarding how to use the space but not receive a ticket:

1) a multi space zone meter did not accept any Visa credit card on the block of Connecticut just above Shake Shack in front of Aveda salon and Cava- the spot also had the option for the ParkMobile app, but my app was not working either. I received a $50 ticket though I left a note for the meter agent on the windshield

2) a multimeter space in front of Soap Stone Market on Connecticut just south of Albemarle Street was not accepting Visa cards and also had no zone number on it to register with my ParkMobile app that now works… it also had no phone number posted for reporting parking issues. What do you do in that circumstance if you want to leave your car there for the allowed amount of time?

It’s one thing to take advantage of DC car owners who also pay taxes to drive and park near their homes in the District, but it’s inexcusable to have no user friendly way to report meters AND avoid tickets while using the only empty parking space for blocks and blocks. Thanks for any advice if other drivers have figured this out.”