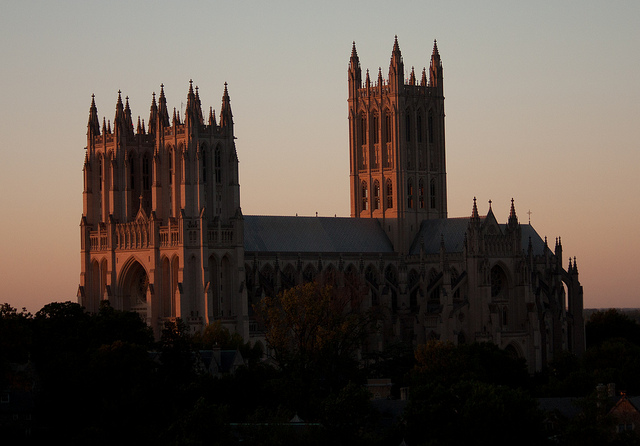 “Washington National Cathedral will host an interfaith prayer vigil on Friday, March 23, for activists, students and pilgrims who are attending Saturday’s March For Our Lives to demand that their lives and safety become a priority for Congressional leaders in order to end gun violence and mass shootings in our schools.

Students and leaders from many faith traditions will lead this prayer service recognizing the breadth of trauma caused by gun violence, including community shootings, gang violence, school massacres, and suicide. In prayer and song, this gathering will honor those lost, acknowledge the pain survivors and victims’ families carry, and lift up the need for healing for communities impacted by gun violence and our country. Families, including that of Carmen Schentrup, a victim of the school shooting in Parkland, Florida, will be a part of the program of prayer and reflection.

Tickets and registrations will not be required for entry; however, registration is encouraged to help the Cathedral prepare to welcome everyone. Doors open at 6 pm and seating is on a first come, first served basis.” 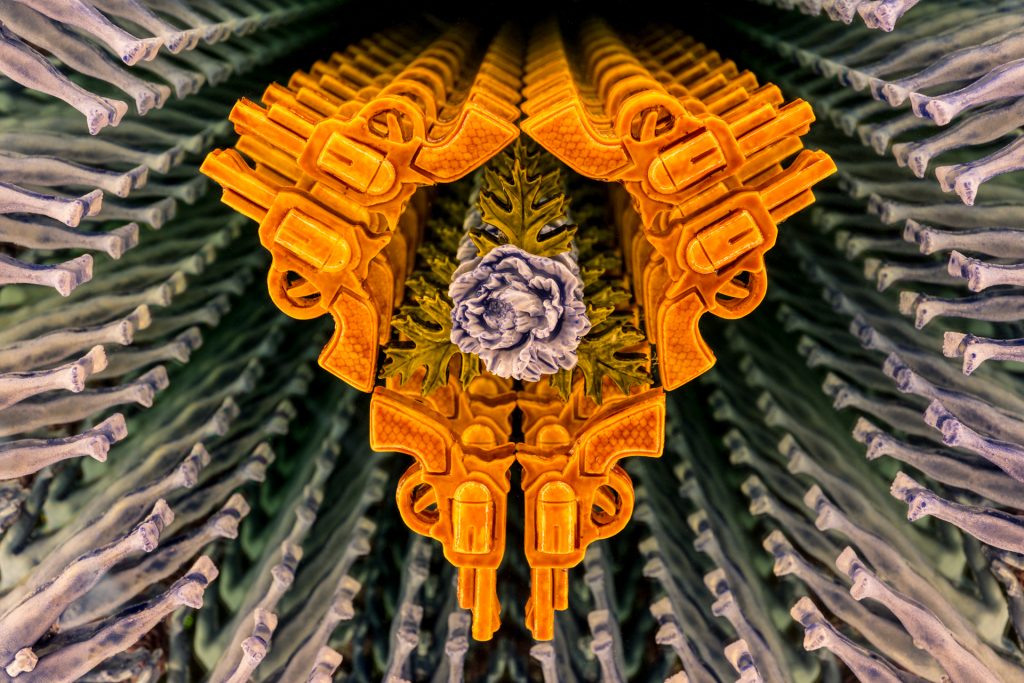 “The Endless Cycle” by Tim Tate. “For every man shown here, 1000 people died last year because of gun violence. For every gun shown here, a child dies every day. A hard lesson we have to learn from Orlando…and Parkland… and…..Only by joining together can we hope to curtail gun violence!”

“Artists Against GunViolence opened Thursday in Petworth and runs through April 9th.

Artists Against GunViolence was created in solidarity with the students from Parkland Florida who quickly responded to the tragic events at their school with a call to action. 53 artists from the DC area show their opposition to gun violence in a gallery show at Third Floor and additional spaces in the Petworth neighborhood to open March 22nd in time for the Student led March for Our Lives rally in downtown Washington DC Saturday March 24th!