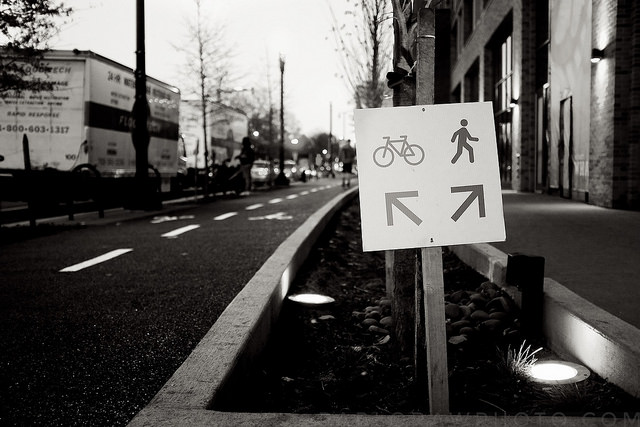 I was walking up 14th St towards the Columbia Heights metro (around 7:55-8 am at 14th and Columbia) and saw a man on a bike yelling at a car in front of him (they were heading south on 14th). I didn’t see anything before, but I assume that the car cut him off or something. But I did see the car (black Dodge minivan with DC plates) slow down, and then purposely swerve into the lane that the biker (white male, maybe in his 50s?) was in. He didn’t hit the biker, but the biker seemed to put his left arm out in an effort to “push” the car back (it looked like the biker had his full palm on the car, so the car was very close to him). I didn’t see anything beyond that, but I still felt like this was important enough to report in case something did happen. I called the police (District 3) to see if I could report anything, and they said there was nothing I could do. Is there really nothing to help bikers corroborate any incidents that occur?”