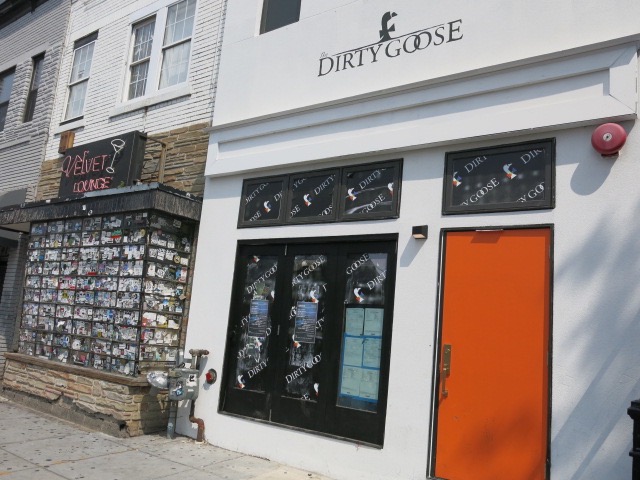 “Dyke Bar Takeover (DBTO), the NYC activist group dedicated to reclaiming space for queer women-identified and genderqueer people, launches its newly minted DC Chapter with a kick-off event on Saturday, November 18th, 2017 at The Dirty Goose on U Street.

The event on November 18th aims to be the first in a series marrying activism and community building. The inaugural “Dyke Nite” will run from 6p to 10p at The Dirty Goose and showcase music from Brooklyn-based queer performer ‘DJ Andro’. Wristbands, available by donation, will provide the wearer access to $4 rail drinks and other specials. All proceeds from the event will benefit the Queer Visibility Collective, a national initiative to combat the death of queer space.

DBTO was founded in response to the rapid disappearance of physical space by and for queer women, trans, and non-binary people across the country.

Casey Rath, who founded the chapter in DC, refers to these brick and mortar businesses as “vital centers of community, where queer individuals once found a sense of belonging and physical safety.” DC’s Phase One, the oldest ‘lesbian bar’ in the country and last in the city, closed its doors for good in 2016.

Rath also sees the expansion as an important act of resistance following the results of November’s election. “Hate crimes against LGBT individuals have risen across the country, and the current administration has not only failed to condemn this violence, but has been vocal about their hostility towards the queer community,” she says. “In publicly reclaiming our space, we make ourselves visible. We need this now, here, more than ever.”

A soft launch on October 30th, in partnership with Queer Girl Movie Night, was a roaring success, gathering close to 120 people for a happy hour at Comet Ping Pong.

more stories
Previous
Your Afternoon Animal Fix
Next
“No warning, no detour signs, and no traffic control.”