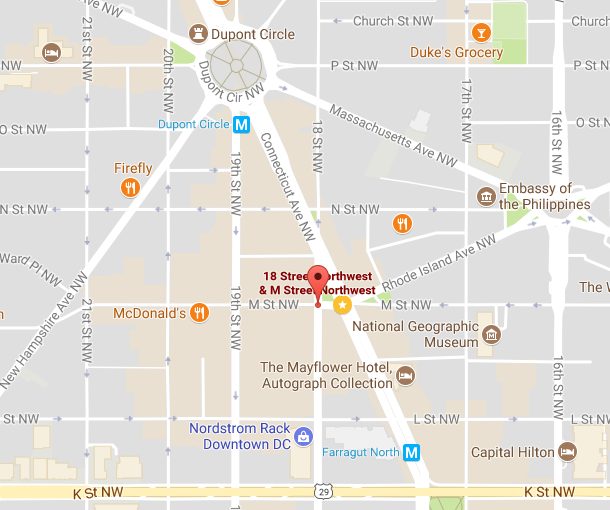 “At approximately 1:57 am, MPD officers responded to 18th and M Street, NW for the sound of gunshots. Officers quickly arrived on the scene and located an adult male suffering from a gunshot wound to the lower torso. Two suspects were immediately apprehended while attempting to flee from the scene. The shooting victim was conscious and breathing and was transported by ambulance to a local hospital where he was treated for his injuries.”