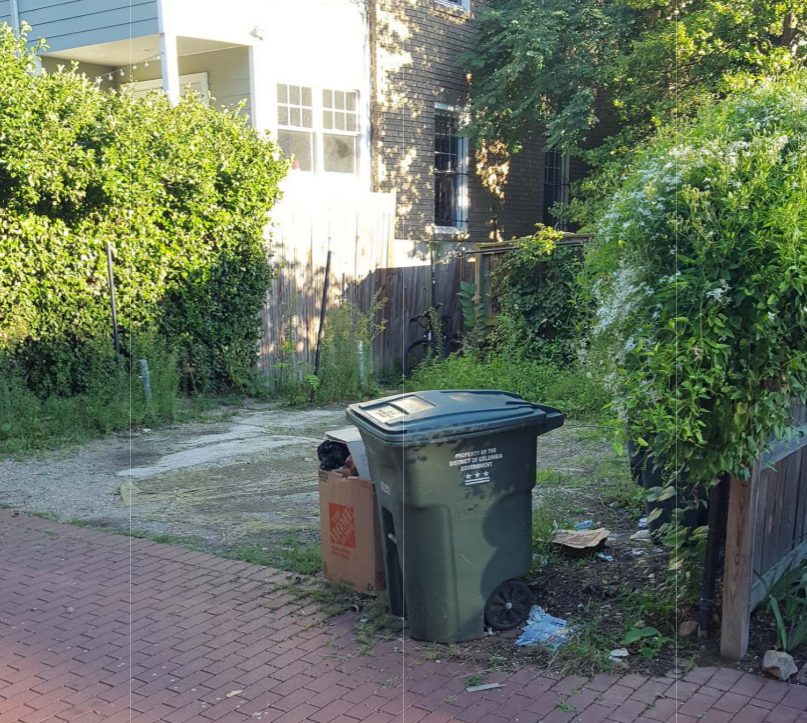 Homeowners on the 1600 and 1700 blocks of Harvard Street NW are meeting local opposition to adding rear additions to their homes. At the October 24 meeting, Advisory Neighborhood Commission (ANC) 1D/Mount Pleasant, voted to oppose three separate requests for zoning relief in these blocks. Each vote to oppose was unanimous.

The first case was for zoning relief for a property at the rear of 1665 Harvard Street. The owner of the lot wishes to build a two-story, single-family dwelling on a lot facing a rear alley. Although the owners may build “by right” (i.e., without having to ask for permission), the proposed design cannot satify the requirement for setbacks along the side and rear of the property without zoning relief.

Attorney Meridith H. Moldenhauer, representing the applicants, noted that the city is encouraging the construction of alley dwellings and the lot under consideration was the only lot in the area that is “large enough to be buildable”. However, neighbors came out in force to object to the petition, saying that the proposed project would render an adjoining walkway difficult or impossible to use, and that no other house on Harvard Street has been granted an exception to the setback requirements, among other objections.

The ANC bundled the two other cases on Harvard Street into a single resolution opposing the zoning relief, since they dealt with “nearly identical situations”. Owners of properties at 1739 and 1745 Harvard Street have asked permission to make rear additions to their homes. In both cases, the proposed improvements extend about three feet to the rear beyond the ten-foot “by right” limit.

The law requires the ANC to determine whether such an addition would have a “substantially adverse effect” on abutting properties. The ANC, in its resolution, called this a “vague and subjective term”. When the ANC’s resolution also said it had sought guidance from DC’s zoning authorities on this matter, they were told “each addition should be considered on a case-by-case basis”.

Again, neighbors came out to object to these expansions. A petition against it was also submitted to the ANC.

While officially a protest against zoning relief, the motion to oppose these two popbacks also said the ANC is “sympathetic to the applicants in their desires to expand their modest-sized home. We appreciate the applicants’ efforts to minimize the consequences of their neighbors….”

Next
Prostitution Enforcement “an on-going effort in the NOMA area.”