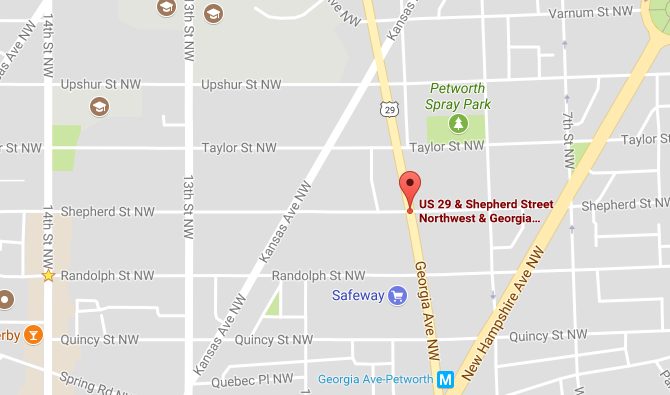 “Any word on gunshots this morning around Georgia and Taylor NW? Heard 3 at about 9:40. Helicopter was overhead but seems to be gone. there were foot patrols and motorcycle cops around, as well as the helicopter. Just talked to a cop. It was a robbery. No one hurt. Still shots fired, just no one hit. Was in the alley behind 7-11 at Georgia and Shepherd.”

“At approximately 945 this morning, in the alley of the 900 block of Shepard Street, N.W., the complainant reports he was assaulted by five to six suspects. During the assault, one of the suspects produced a gun and shot at the complainant but missed. The suspects took the complainants property and fled the scene. The lookout was for five to six black males, twenty two to twenty five years old. Anyone with information regarding this offense can reach MPD at 202 727-9099.”

More Stories
“approached the operator while the bus was moving and sprayed him in the face and body with Sunny Delight from a squeeze bottle”Real Estate Fresh Finds: Sept. 27