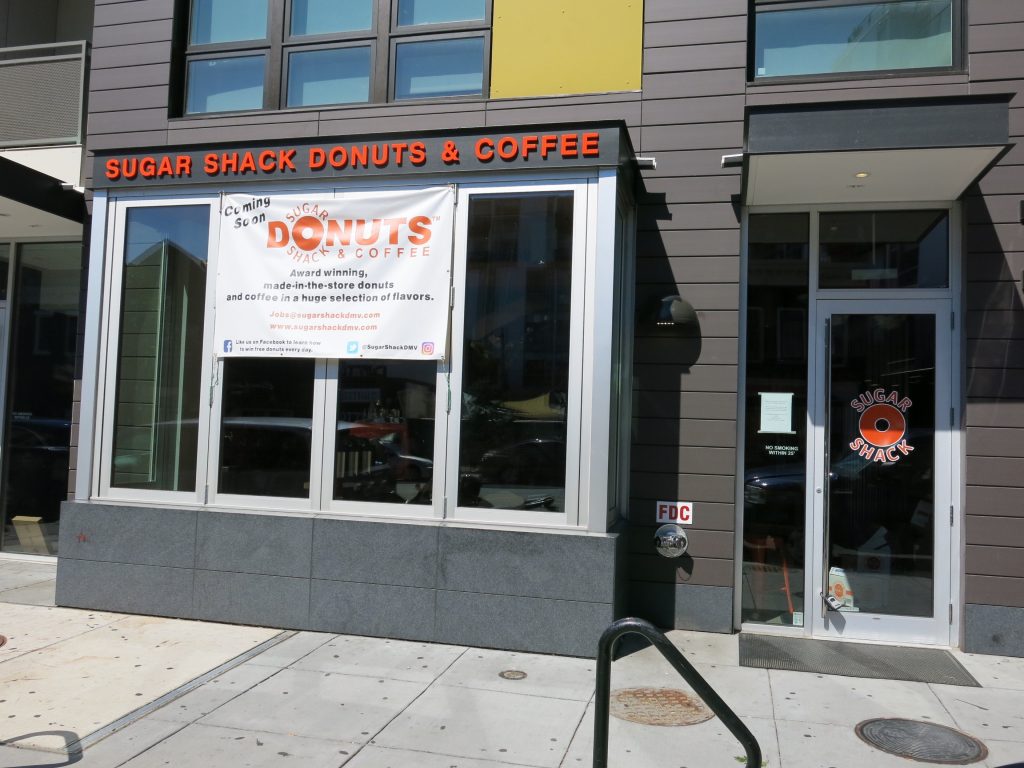 “Sugar Shack Donuts and Coffee in the Shaw neighborhood of the District of Columbia will celebrate its Grand Opening Friday, August 18 at 6:00 AM by giving away a free donut a month for a year to the first 50 customers. The celebration will include other fun prizes, throughout the entire weekend of August 18 – 20.

The shop will launch with a soft opening in the weeks leading up to the Grand Opening celebration. Soft opening dates and hours will be posted on Sugar Shack Shaw’s social media. The Grand Opening will mark the start of regular business hours, as well as the Freebie o’ the Day, posted daily on social media with instructions to snag a free house donut. Customers may be asked to sing a song, answer a trivia question, draw a picture or complete a fun task.

The Shaw location will feature a new night program, Donuts After Dark, Thursdays, Fridays and Saturdays, with cocktail- and beer-inspired donuts such as Apple Cider, Right Proper, and Stout-Glazed Filled. Some after dark flavors will be served warm. Also look for news soon about the upcoming opening of Nocturne, an intimate craft-cocktail bar hidden inside Sugar Shack Shaw.

In addition to the full coffee program offered at other Sugar Shack locations in the D.C. metro area, the Shaw location will introduce Loaded Frappe’s – special Frappe drinks with indulgent flavors developed in collaboration with Nocturne’s Chef Brandon McDermott.

“We are really excited to bring the joy of Sugar Shack donuts to DC,” says owner Rob Krupicka. “We are looking forward to being a part of Shaw’s active nightlife, too.”

Sugar Shack donuts are produced exclusively by hand and the kitchen staff is given a lot of creative leeway to experiment and invent, allowing Sugar Shack to offer one of the most varied flavor menus in the donut trade. Customers can usually expect to find some simple glazes, such as chocolate or berry made with fresh berries, as well as an ever-changing variety of more sophisticated tastes including maple bacon, Chai tea, Banana Pudding, Mimosa and many more. Toppings can include just about anything, such as coconut, peanut butter cups, crushed cookies, popular breakfast cereals, bacon and nuts. Sugar Shack donuts are vegan-friendly, depending of course, on the topping. 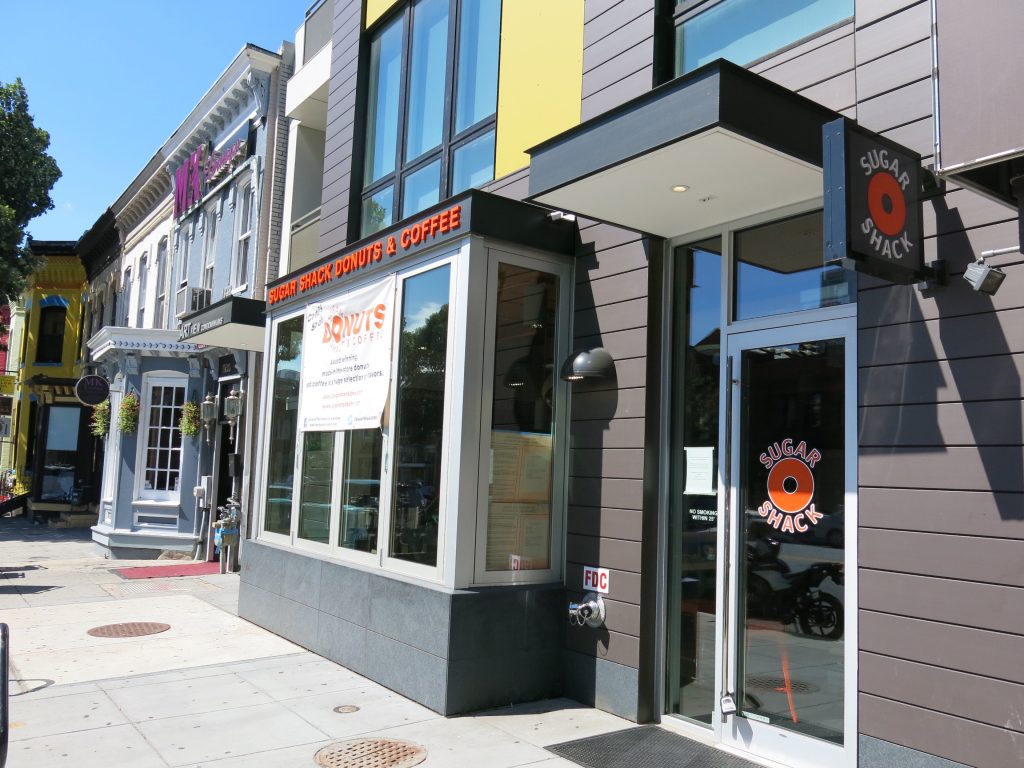