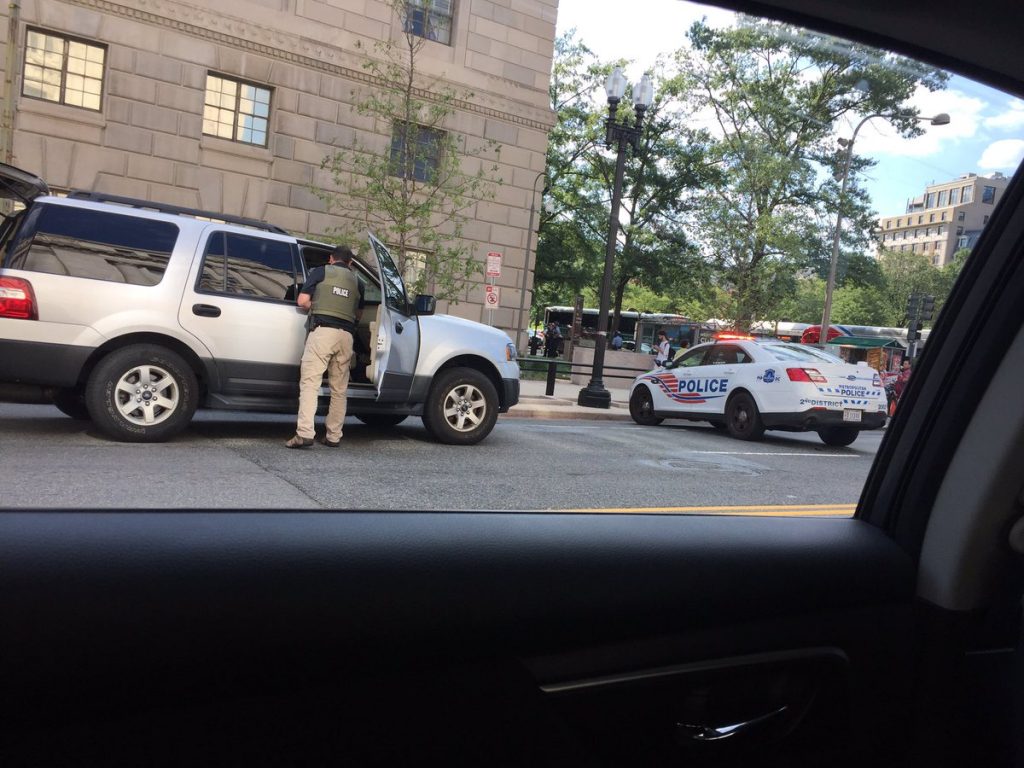 Numerous cops with rifles and shields. Traffic is stopped.”

active shooter, according to security at the neighboring Wilson building

“MPD responded to sounds of gunshots at 12th and Penn NW. Nothing found, location cleared.“

more stories
Previous
“The force behind the drive are two magnanimous sisters already understanding that if you’re in the position to help then lend a helping hand.”
Next
House of the Day