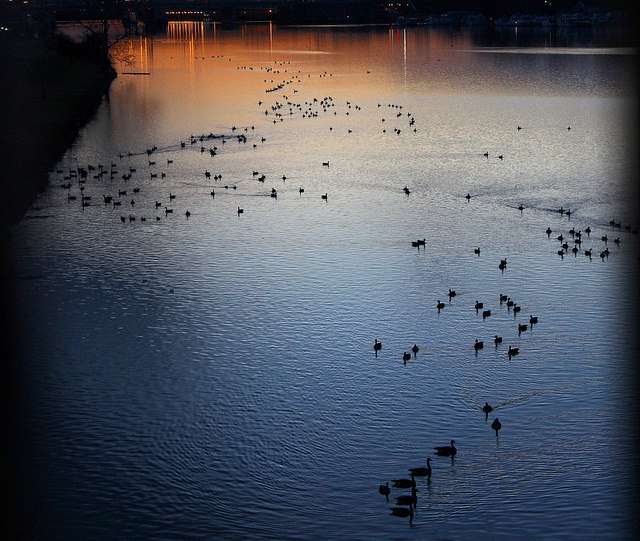 “The National Park Service (NPS) along with the District of Columbia Department of Energy and Environment donated the breast meat from 116 resident Canada geese to D.C. Central Kitchen last week. The meat will be used in the healthy meals D.C. Central Kitchen prepares daily for multiple nonprofit partners, including homeless shelters, rehabilitation clinics and after school programs.

The geese were captured and euthanized from Anacostia Park in early July as part of the park’s wetland management efforts. The meat was tested, deemed safe for consumption and 100 pounds of breast meat was donated to D.C. Central Kitchen.

“Receiving the donated breast meat last year allowed our organization to provide healthy meals to over 400 people around the city and this year we plan to do the same,” said Amy Bachman director of procurement and sustainability.

Creating a manageable non-native Canada geese population is a small part of the overall plan to restore the health of the Anacostia River. Actively managing to improve and protect the quality and resiliency of the Anacostia River ecosystem and the park’s natural resources are the long term goals.

Last year, the NPS began efforts to help restore Anacostia Park’s tidal wetlands, some of the last remaining tidal wetlands in our nation’s capital. Tidal wetland regeneration is critical to the overall rehabilitation of the Anacostia River ecosystem. Healthy and thriving wetlands will be able to clean the river, provide food and shelter for native wildlife and support a balanced ecosystem.

Under the Anacostia Park Wetland and Resident Goose Management Plan, the park may use several techniques to restore the tidal wetlands. These techniques include reducing an overabundant resident goose population that feeds on wetland plants, managing invasive plant species and improving shoreline vegetative buffers to prevent erosion.

Anacostia Park is a unique gateway to our nation’s capital. The park’s 1,300 acres run along five miles of the Anacostia River shoreline within Washington, D.C. and Maryland. For more information regarding the plan to restore the wetlands, visit the park’s website.”

more stories
Previous
Shooting in the 100 block of L Street, NW just after 8:30pm Monday Night
Next
Beginning of a New Era in Adams Morgan – Popeyes Opens 10am Thursday