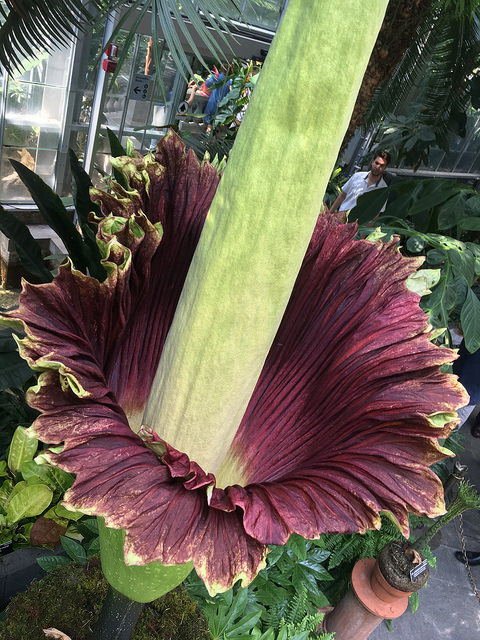 While we’re waiting for the moon to blot out the sun.

Update on “For the first time in the history of the U.S. Botanic Garden, three corpse flowers are about to bloom”

“The corpse flower, also called “the stinky plant,” is famous for its large size, pungent odor, and unpredictable bloom schedule. The bloom is the largest unbranched inflorescence in the world – reaching up to 12 feet tall in the wild. An inflorescence is a cluster of multiple flowers that in the case of Amorphophallus species looks like a single flower. The corpse flower has hundreds of flowers located at the base of the spadix (the large vertical center) inside the famous purple-maroon spathe (the part that looks similar to “petals”).

The corpse flower gets its name from the putrid scent it emits while in bloom to attract pollinators such as carrion beetles and flies. Some describe the scent as a combination of garlic, fish, diapers, and rotting meat.” 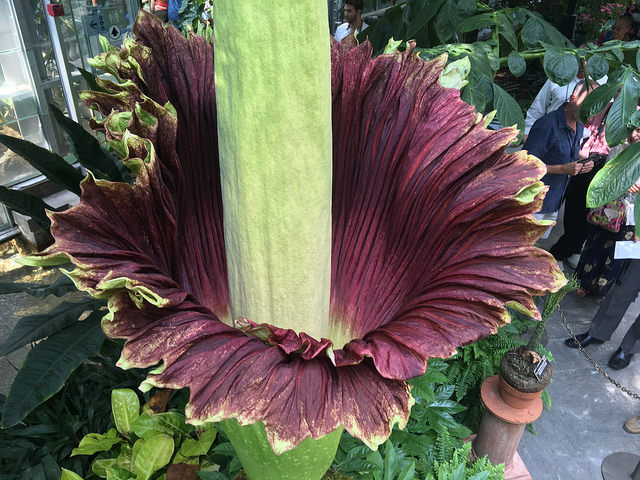