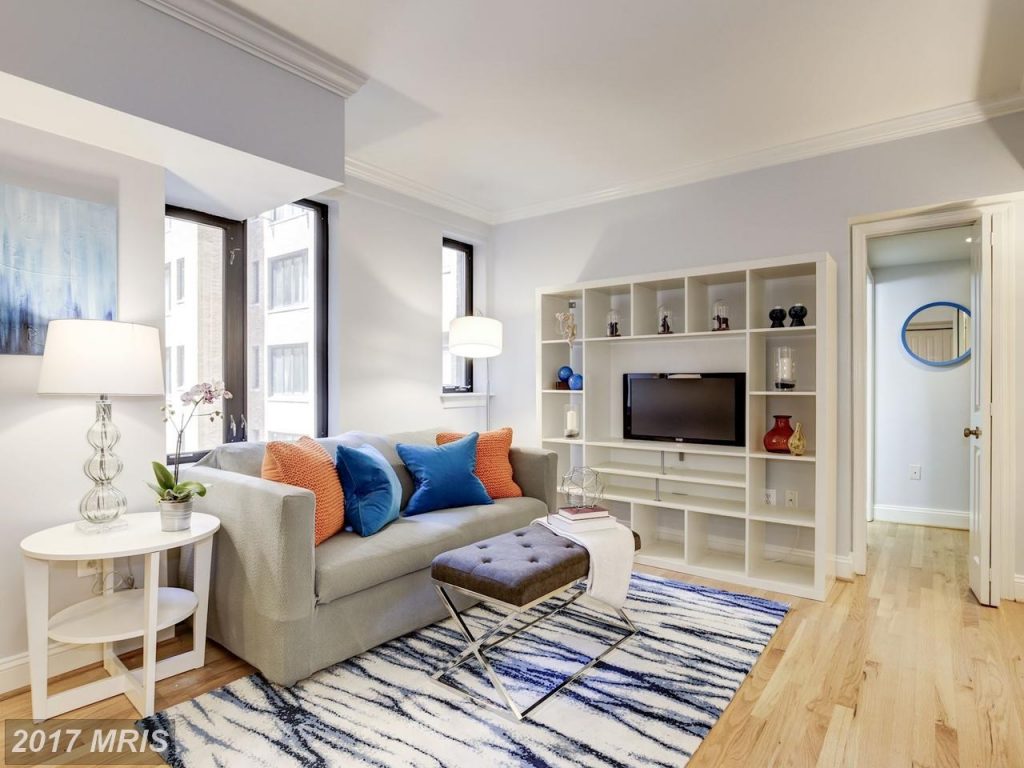 One of James M. Goode’s “Best Addresses”, the Chastleton is an over 300 unit eight story building that covers an acre of land on 16th Street NW at R Street NW. Until about a decade ago it was all rental. The most recent developer transitioned the building to cooperative ownership.

Goode’s history notes that although Harry Wardman was once one of the owners of the building, he was not the developer or the builder. It was also once owned by Mr. and Mrs. Alfred I. du Pont of Wilmington, Delaware.

In 1979, developer Virginia Page considered converting the building to luxury condos. In response to residents’ opposition, the city passed emergency legislation preventing rental units from being converted to either a hotel or condo ownership. Per Goode, “Most tenants were willing to move when Mrs. Page offered each a $4000. subsidy, five months’ free rent in an apartment house in Southwest Washington, and a color television.” Twelve tenants refused the offer and remained in the building until evicted in 1984.

The listing agent for this property was William Skipworth with DC Living Real Estate LLC. Jose Semorile with Century 21 Redwood Realty represented the Buyer in the purchase of this property.

more stories
Previous
Massive Tree Down in Crestwood Last Night
Next
Tacos and Burritos coming to 16th/New Hampshire and U Street, NW