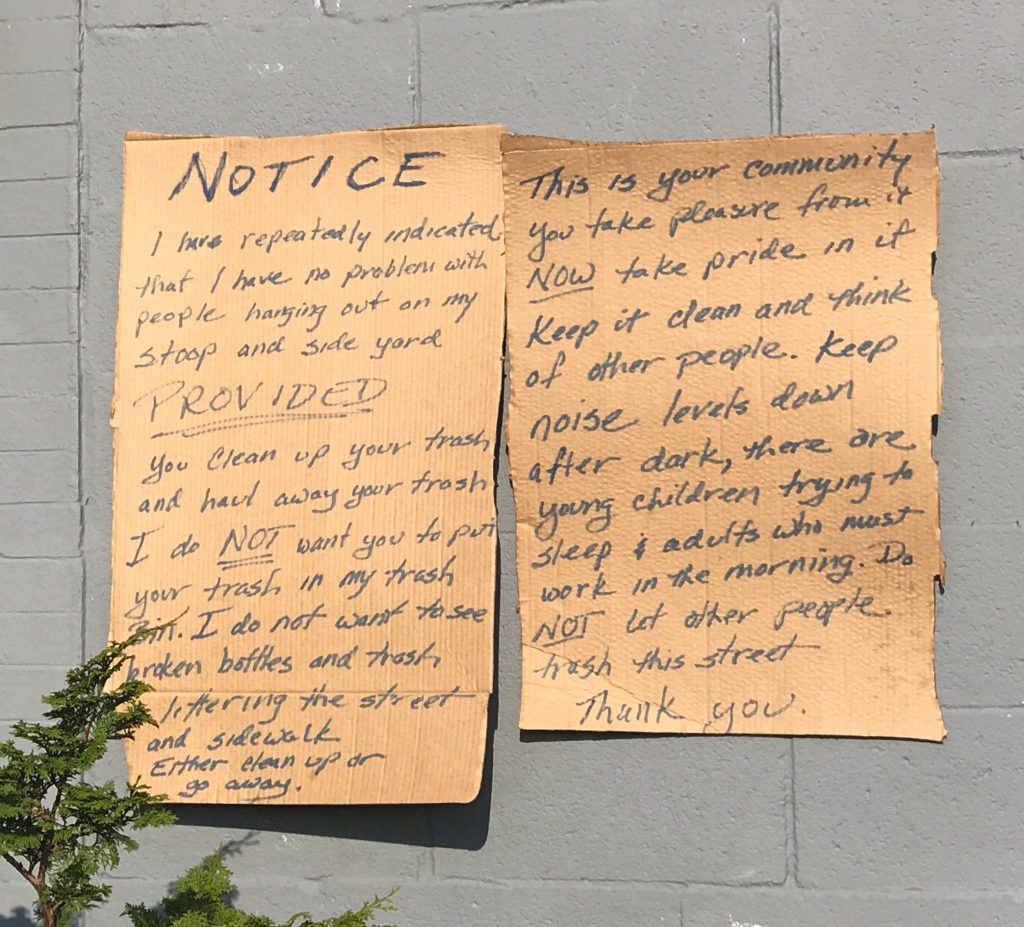 The 1000 block of 6th St, NE is almost equidistant between the new H St. Whole Foods and Union Market. It is the home to JO Wilson Elementary School Athletic Fields, a new Capitol Bikeshare dock and the recently opened Old City Market. It is also home to one vacant house that since the late spring has become a nearly daily meeting place for a few of the blocks residents and dozens of non-residents. This week, the notice in the photo was posted on the wall of the Old City Market. Why? Because most days, beginning in the early afternoon, people congregate either in front of this vacant house to party or spread out around the entire block.

The party often lasts well past midnight and has included rowhouse shaking bass, air compressor fueled car washes, frequent dice games, alcohol drinking, marijuana smoking, people making lean (a mix of soda and codeine cough syrup for those of you not in the know) and the occasional bbq (on Memorial weekend there were over 100 people and two grills going at 1am) not to mention the constant barrage of fireworks (legal and illegal) over July 4th weekend. Parking has become so difficult on the block for residents that most mornings the street is virtually empty because residents have chosen to park elsewhere, even when spots are available. A few of the people definitely live on the block (although none are the owners of the vacant home) but many of the license plates are from out of state.

The other night a large SUV with Florida plates was blocking the alley and people were just hanging out around it.

Speaking of the alley, the stench of urine most mornings is overwhelming to people coming out of their homes or walking down the street. Because where else are dozens of people going to go to the bathroom when they party in the street? MPD and the local ANC chair are well aware of the situation, and have been for some time. Police occasionally do a sweep of the block and/or engage with some of the congregants, but inevitably, the party returns. The vacant buildings department has also been notified as well as the DPW (for parking enforcement). Neighbors have been seen cleaning up the trash left in the street because the don’t want their dogs eating the food waste left behind. People have complained about being verbally harassed as they walk past the groups clogging the sidewalks.

Others just walk in the street or avoid the block altogether. We live in a city and people hang out outside. That has never been the issue as this has been going on for years, but never with such frequency and never with the quantity of people as this year. Tthis brings risk to the neighborhood.

Last week a 1 year old was hit with a stray bullet during a dice game dispute just a few blocks away on the 1300 block of 13th and I NE. What is the district leadership doing to solve these problems? What is the status of the vacant house that has been empty (except for the feral cats) in for at least 5 years? Why is DPW not ticketing those who park in zone 6 without the proper permit for more than 2 hours (although they have sent contractor DCI out occasionally to clean up the trash)? Why are the police and the ANC doing more to keep this block safe? I’ve noticed no other block in the Old City neighborhood that attracts so much activity by non-residents at all hours of the day or night.” 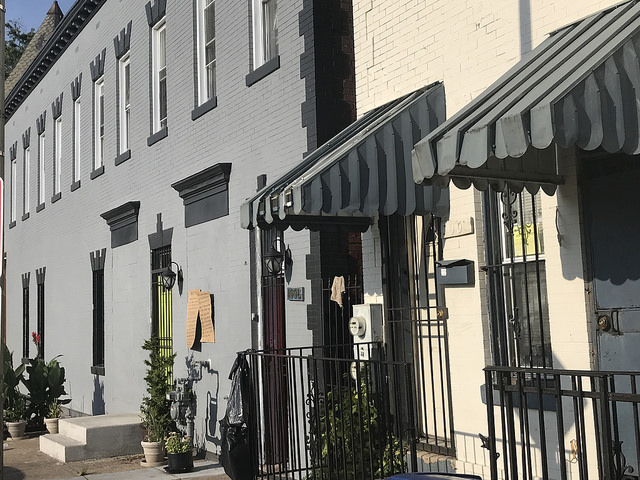