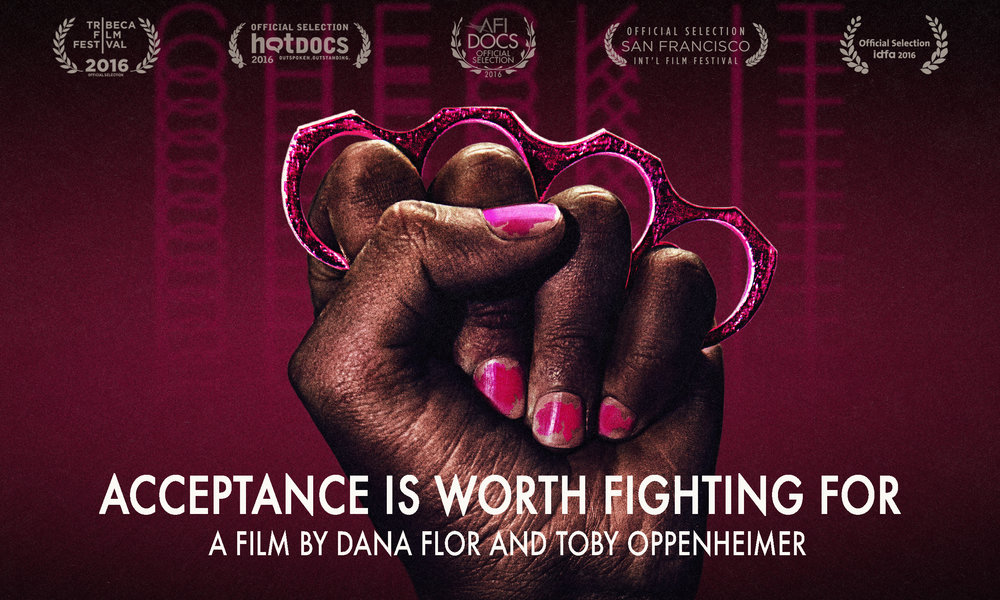 I wanted to spread the word about Check It, the first and only documented LGBTQ gang in America. They are located right here in DC. A documentary was made and is available on LouisCK.net for just $5. They opened a storefront in Anacostia (1920 MLK Ave SE) in June to pursue their dream of designing and selling fashion. Please let the community know to check them out and support their ventures into a better life.”

The movie’s about page says:

“At first glance, they seem unlikely gang-bangers. Some of the boys wear lipstick and mascara, some stilettos. They carry Louis Vuitton bags, but they also carry knives, brass knuckles and mace. As vulnerable gay and transgender youth, they’ve been shot, stabbed, and raped.

Once victims, they’ve now turned the tables, beating people into comas and stabbing enemies with ice picks. Started in 2009 by a group of bullied 9th graders, today these 14-22 year old gang members all have rap sheets riddled with assault, armed robbery and drug dealing charges.

Led by an ex-convict named Mo, Check It members are now creating their own clothing label, putting on fashion shows and working stints as runway models. But breaking the cycle of poverty and violence they’ve grown up in is a daunting task.

Life for the Check It can be brutal, but it’s also full of hope and an indomitable resilience. At its heart, CHECK IT explores the undying friendship that exists between these kids – an unbreakable bond that is tested every day as they fight to stand up for who they are in a community relentlessly trying to beat them down.”

more stories
Previous
Anyone Know What Happened on T Street between 14th and 15th near Trader Joe’s?
Next
Photos from PoPville – Fireworks!