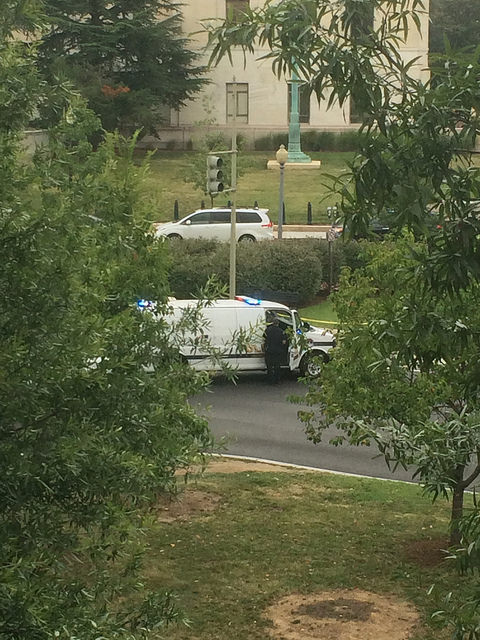 A reader reports at 1pm:

“Not sure what’s up. Everything between 2nd and 3rd street, including Starbucks, Sweetgreen, Capitol Lounge, etc.”

My office is at 2nd & Penn. We were told bomb sniffing dogs had a hit on explosives in the vehicle that crashed into the barricade.

“The U.S. Capitol Police are continuing to investigate a suspicious vehicle located at Second Street and Independence Avenue SE. As a result of this investigation, the following road closures are in effect:

All staff and other personnel are directed to avoid this area until further notice.”

Read more →
More Stories
“I took two hits to the head, but my two friends were beat up much worse.”Photos from PoPville – The Fests